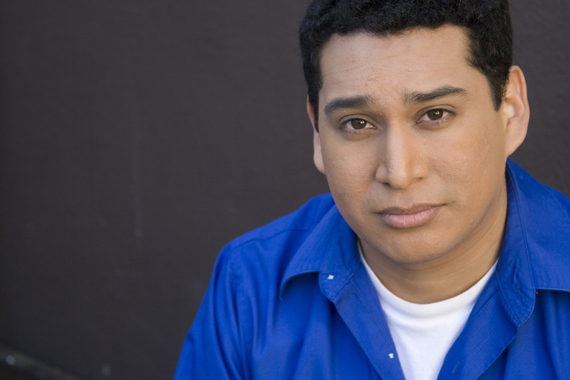 Robert Paxton, who has been referred to as the father of Fascism studies at Columbia University, recently appeared on Democracy Now! to discuss an article he had written entitled "Is Fascism Back?" Amy Goodman raised the issue of Donald Trump's campaign for the presidency almost immediately. During the interview Paxton conveyed a certain reluctance about using the term Fascism loosely given its historical roots. While Paxton conceded that Trump was manipulating many Fascistic styles and themes, he said, "If Donald Trump puts his followers in colored shirts and they begin to fight in the streets, then you've got Fascism."

Respectfully, I must disagree with the professor, for the father of Fascism itself once said, "Fascism should more properly be called corporatism, since it is the merger of state and corporate power." This happened in America long before Donald Trump's ambitions for the presidency took form.

Donald Trump has already won. Not only has Trump forced his way into future textbooks which will be written by even the most inane historians, he has branded his grotesque fake name onto the world in a manner that will forever maintain his status amongst the ruling class. He has made history. No one can deprive him of that. It's quite literally a sickening thought. The abhorrent narcissism that radiates out of his body has made nausea an unwelcome familiar feeling and the vile bigotry that spews from his repulsive mouth reminds me that America remains trapped inside of its history. There is something truly disturbing at play.

Donald Trump may not have won the presidency or the Republican nomination (yet), but, whether he intended it or not, he has inflamed the white nationalist movement in a way David Duke could only have prayed for. American Fascism has never left the political stage. Its just been waiting in the wings for its opportune moment to re-enter mainstream American politics, which is the worst form of theater. Its costume is now comprised of cheap t-shirts, red caps, and its rhetoric is soaked in white and male supremacy. Trump has simply held up a mirror to the society that created him. He is a reflection of what we have allowed our nation to become. In a culture that celebrates obscene wealth and self-gratification through corporate controlled media, the popularity of this reality T.V. show presidential candidate almost seems logical. The fact that his campaign has captured the imagination and support of white supremacists all throughout the country speaks volumes only to those who have not been paying attention to matters of race in America.

It needn't take a vivid imagination to envision what American Fascism would like. Eldridge Cleaver, the late Black Panther Party Minister of Information, used to say that when Fascism comes to America, it won't wear the swastika armband, or dress in the flared riding trousers of the Nazi S.S. Fascism in the U.S. will be "yankee doodle Fascism," waving red, white, and blue flags, and will boast patriotism as its unequivocal guide. And this has happened. Trump's supporters' unapologetic rage and violence against those who oppose his positions says more than enough. The seething hatred pouring out of those who have sworn allegiance to him indicate, to me, that American Fascism is seizing the moment of our turbulent times.

A Trump presidency would be devastating for the Latina/o community and other marginalized demographics. And I'm not just talking about the wall he wants to build on the Mexican border. Is it so difficult to imagine a President Trump committing acts without congressional approval or taking actions that are completely unconstitutional? Is it irrational to believe that a President Trump might militarize the police, even more than they have already become? What would the Ferguson uprising have looked liked under his administration? Is it unthinkable to believe a President Trump ordering Border Patrol units to shoot Latina/o migrants trying to enter the country from that artificial border? Is it inconceivable to picture a President Trump creating a federal registration for Latina/os, Arabs, and Muslims? Is it absurd to imagine a President Trump creating special task forces in order to round up all undesirables? Would he even need the police or special task forces to carry out these operations? Would his militant supporters turn themselves into mercenaries and volunteer for the job? Is it so far-fetched to think that he would be a bigger war hawk than Hillary Clinton? Is ludicrous to worry that he really will attempt to deport all undocumented workers in any possible way and make President Obama seem rational on the issue?

It's difficult for me to think otherwise.

The issue didn't start and won't stop with Trump. Even if he doesn't obtain power, I don't think the movement he is molding will lose its momentum. His supporters are now organized and they're not going away. Some of them have warned us of what they might do if he is not elected. Trump didn't create this monster, but he is wielding it. It's like a wild animal. I'm not even sure if he's fully in control of it anymore.

Watching both political parties internally self-destruct has been quite amusing, but the results of this campaign may have the most dire consequences for the country and the world.

I agree with the Black Lives Matter Movement in not endorsing any presidential candidate. I'm not suggesting that people shouldn't vote, but this extremist right-wing agenda can't simply or even predominantly be defeated by the ballot. The anti-Trump demonstrations have revealed that representatives of the state, like the police, will always side with power and the ruling class. They will always protect the interests of the state, which, as Marx said, is "nothing but a committee for managing the common affairs of the whole bourgeoisie."

My idea on how to combat this kind of movement is not a popular one, but Leftists in America need to start thinking in more serious and militant terms. Let me be clear: I am not endorsing violence, but the movement that Trump is leading has convinced me that people (especially minorities) have the right to protect themselves and it's time black and brown people exercise that right. The state will not protect us. The police are hunting us. And Trump's reactionaries are looking for opportunities to destroy us. The Black Lives Matter Movement needs an organization like The Black Panther Party. The Latina/o community needs an organization like The Young Lords or The Brown Berets. The Asian community needs an organization like The Red Guard Party, etc. We needn't subscribe to their Leninist hierarchies. In fact, I think the brilliance of The Black Lives Matter Movement is that it has no central leaders. If a movement has no central leadership, it's more difficult to destroy. This is why Anonymous has been such a thorn in the side of the government. Nevertheless, we need to start addressing the social and political injustices in our communities ourselves. We need to create community programs and teach self-empowering ideology like The Black Panther Party did. We need to organize. We need to collectively take charge of our communities. And we need to protect these spaces from the forces of reaction. This demands standing in solidarity with each other regardless of color, gender, religion, sexual orientation, etc. against the imperial white supremacist heterosexist patriarchal capitalist system. It calls for a United Leftist Front. Intersectionality is key. Internationalism is vital. This is how we will achieve liberation. This is how we'll gain self-determination. This is how we'll defeat Fascism.

Latina/os might be the majority of America's population by 2042, but white supremacists are not going to let that happen without a fight. Trump has proven that. Again, is it so difficult to imagine Latinas being sterilized under his administration? Its happened in the past. We can't allow it to happen in the future.

It is time to acknowledge that the Left is not prepared for a fight. The Right is ready. They have been for a long time. I don't believe in any form of unjustified extremism, but if it means having to protect myself, my family, my community from the government or racist vigilantes, I believe we should use whatever we can to defend ourselves. Because defeating Trump will not be the end. Tragically, it will only be the beginning.

It is time we prepare ourselves for it. By any means necessary.