I am a Russian citizen and at the same time I am interested in American politics and culture, because I grew up in the Soviet Union during the Cold War. 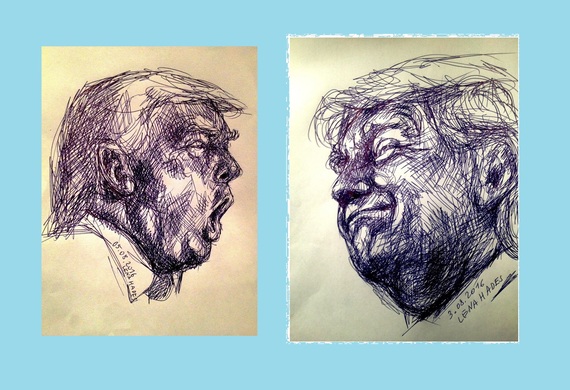 The Art of the Deal

"I try not to take any of what's happened too seriously", "The real excitement is playing the game." "It pays to trust your instincts," Trump says in the book The Art of the Deal. This book was ghostwritten by Tony Schwartz, an American journalist, business book author, professional speaker, the ghostwriter and credited co-author of Trump's "The Art of the Deal". It was very interesting to read his opinion about Trump's personality. I collected tweets of Tony Schwartz @tonyschwartz about Donald Trump and I made some sketches. 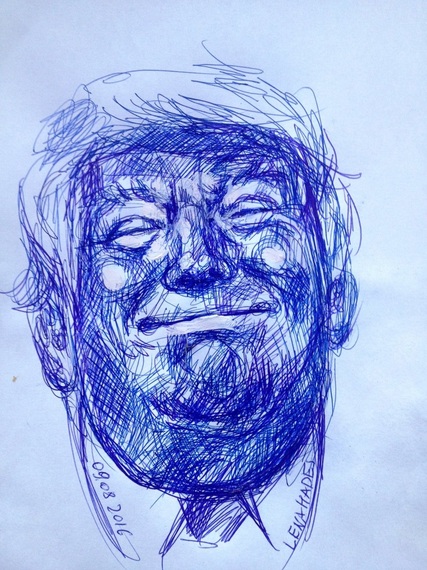 "I wrote the Art of the Deal. Donald Trump read it."

"Never thought I'd say this: Trump is worse today-- harsher, more erratic, more grandiose -- than when I first met him. And he was bad then."

"Trump doesn't take advice from anyone. Ever. That won't change. He is who he is. He won't reset because he can't."

"Fundamental decency. In 18 months of following Trump around, I cannot remember any acts of care or generosity, unless to promote himself."

"Trump can't apologize for anything, no matter how outrageous. Sense of self-worth too fragile to admit he is wrong, even about the Kahns."

"All I've been saying about Trump -- incredibly reactive, absence of heart or soul, breathtaking ignorance..." 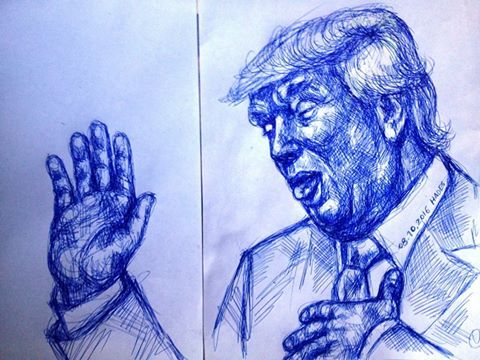 "Donald Trump has made sacrifices? Truly demented. Trump has lived his entire life in privilege. The only thing he sacrifices is wives."

"Trump attacks grieving parents of war hero. I sometimes wonder if Trump has any decency or humanity at all."

"Trump's being criticized where he is most insecure -- his suspect wealth, his limited intelligence -- prompts him to lash out wildly. Scary."

"Trump viciously criticizes others daily. When he's criticized, wants to punch people in face. Thug instincts, not what we want in president."

"Trump now says he was joking re: Russia. Here's what I know: he doesn't joke. He is humorless. What he does is lie when he gets in trouble."

"Trump tweeting about "poverty" and "despair." Never once heard him mention those concerns when I was with him. They mean nothing to him."

"Lying IS second nature to Trump. His supporters must know this. He will betray them as he betrays all

Biden on Trump: no empathy or compassion. Over 18 months with Trump. I never once saw evidence of kindness, or care. He's only about Trump". 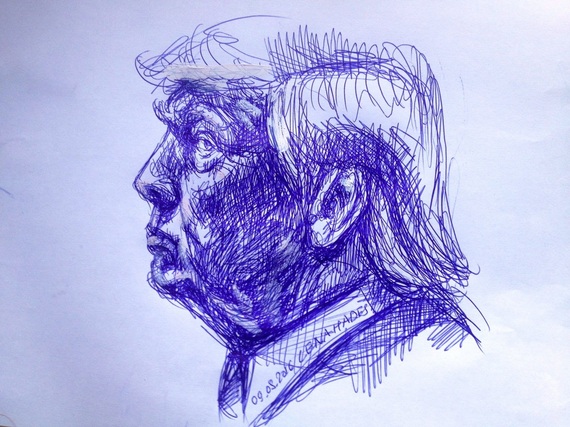 "The Trump I know has never listened to anyone. No one can tell him what to do. Won't take any advice. Terrifying in a president."

"...most negative things he says about others are actually describing him."

"In the face of social unrest and opposition, I can easily see Donald Trump declaring martial law and suspending the rights of ALL citizens."

"I broke the unspoken code of confidentiality with Donald Trump on Art of the Deal because I truly believe his election imperils the planet."

"Trump hates "losers" -- meaning anyone who isn't rich, powerful, and in awe of him. Meaning nearly all of us."

"Trump grew up a bully and now he's trying to bully America. His role model is Vladimir Putin. Do we want a dictator as president?" 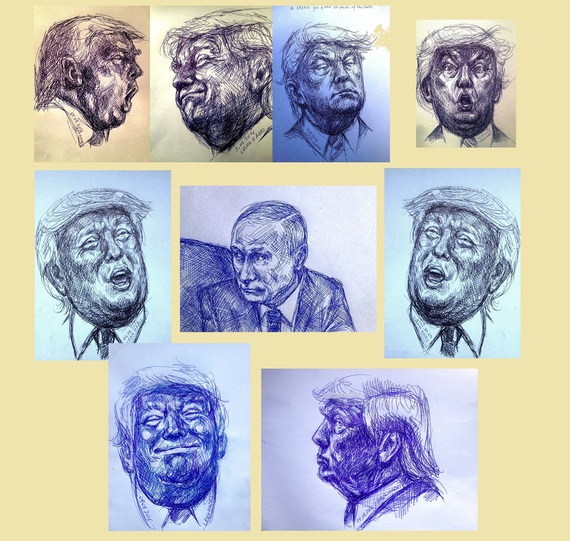 "What I came to know about Donald Trump is that he's truly without a heart or a soul. His sole focus is Donald Trump. Nothing else matters."