As much as we hate to admit it, President Trump might have been right about something.

On Wednesday, the president briefed reporters on the disaster preparedness being done for Hurricane Michael as it hits the Florida panhandle.

In describing the pending storm, Trump told the media it was “like a big tornado, a massive tornado,” adding: “I say God bless you all.”

Considering Trump described “Hurricane Florence” as “one of the wettest we’ve ever seen from the standpoint of water,” many Twitter users immediately assumed the president was wrong about this.

And they were quick to judge ...

More like, from the standpoint of hurricanes, this is the biggest tornado ever.

so i guess i'm just going to assume that someone showed him a picture like this and he just thought "that's big and spiral-y, like a tornado." pic.twitter.com/D0lCclxNhJ

But the president did get support from an unexpected source: An actual weather expert.

Minnesota-based meteorologist Eric Holthaus came to Trump’s defense on Twitter, while making sure to note that it pained him to do so.

In this (rare) case, POTUS is not wrong.

Very high-end hurricanes have damage similar to large tornados but over a much bigger area. A tornado is usually 1-mile wide or so. Michael's core winds are about 30 miles wide. https://t.co/Be8xUWmyuz

Hey, even a broken clock is right twice a day, right? 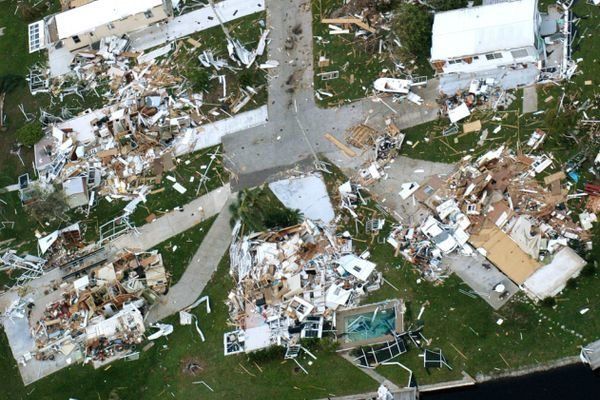