As a Canadian living in Canada the news cycle in the Great White North is often interspersed with the goings-on of our friendly n̶e̶i̶g̶h̶b̶o̶u̶r̶s neighbors to the south of us. Often it is downright inspiring. Other times it can be ridiculously intimidating. On occasion it reminds me of Robin Williams.

The comic and actor was once asked what his thoughts were of Canada. He replied, "You are the kindest country in the world. You are like a really nice apartment over a meth lab."

This current US presidential election cycle is no different in that Canadians are observing America with keen interest as the race for the White House runs wild. I can assure you that nice apartment is paying a lot of attention to the meth lab right now.

Frankly speaking, we Canadians are a little confused. We're worried, too. 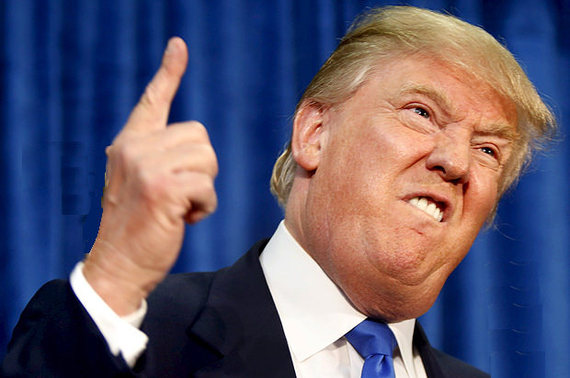 Is Donald Trump really going to win the White House? Or is some cruel version of Punk'd being played on Canada.

Wherever you turn, however, it seems as though Trump's name is in the news. Yes, even across Canada.

CBC News asks, "Can Donald Trump Be Stopped?" The Globe and Mail has an entire online section devoted to him. So too does Macleans Magazine. Not surprisingly, CTV News reported that Canada's immigration website saw U.S. traffic spike after Super Tuesday, when Trump won five states.

Even Canada's prime minister, Justin Trudeau, waded into the fray during a town hall.

"I don't think it comes as a surprise to anyone that I stand firmly against the politics of division, the politics of fear, the politics of intolerance or hateful rhetoric," Trudeau said. "If we allow politicians to succeed by scaring people, we don't actually end up any safer. Fear doesn't make us safer. It makes us weaker."

The coverage of Trump across Canada's mainstream and social media is pervasive, much like it is in America.

Not only should we be questioning why the news coverage of Donald Trump has become incessant by all forms of media, we ought to be asking ourselves a related question. Why have certain people in America become unwilling to accept the abomination that is Trump's candidacy and character? Irony aside, why does this candidate gain momentum in the polls and in media coverage?

My theory relates to how Trump resonates with certain demographics, particularly to those who are white, less educated and less fortunate. Political scientist, Ruy Teixeira, indicated "the most alienated white non-college voters, and some college-educated voters ... the most totally pissed-off ones," are the demographic groups that are propping up Trump.

It matters not to this cohort of voters that fellow celebrities like George Clooney refer to Trump as a "xenophobic fascist." They do not flinch when comedians like Louis C.K. brand Trump as the next Hitler.

These groups feel alienated and their hero has become Donald Trump.

These groups have become disillusioned with the political status quo and Donald Trump has become their saviour.

These groups look to reality television for their education and Donald Trump has become their reality TV professor.

Donald Trump's celebrity has become their voice. He is their sage on the stage. His celebrity has aided his grip on the nomination. His pervasiveness in mainstream media prior to running for the Republican nomination has fueled his popularity with this portion of the voting public. His entire life has been run as a reality television show, and the Republican presidential nomination is his final television act.

Although I'm not sure how this reality TV show can be canceled by the networks.

The result is that Trump's ubiquitous celebrity (in combination with mainstream media's wall-to-wall coverage of his ineptness) is in fact trumping this portion of society's sanity. (pun intended) It's this melting pot of circumstance and reality TV insanity that is driving Trump's success, not his platform, ideas or ethics.

This portion of America's population is in love with his celebrity and his inanity. Trump is no different than the first-ever winner of society's most famous reality television show, Survivor. 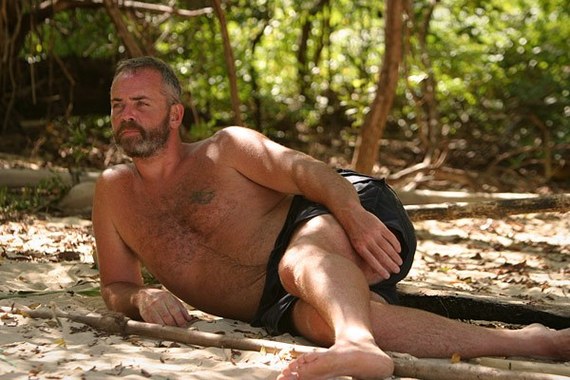 The more outlandish Trump becomes, the more these viewers, err voters, want him to win the big prize. You have to hand it to Trump, so far, he is outwitting, outlasting and outplaying the other 'Survivor' contestants in the GOP field. (not to mention thwarting every attempt by the Republican National Committee to kill of their cockroach-like competitor, Trump)

It matters not to this sector of the population that the Pulitzer Prize-winning firm, Politifact, has unearthed heaps of evidence that suggests Trump outright lies. For example:

It matters not to these people that Trump has openly insulted the likes of John McCain, Angela Merkel, Whoopi Goldberg or Neil Young among countless others.

It matters not to this demographic that Trump has indicated he will build a wall on the Mexican-US border (and make Mexico pay for it), ban Muslims from entering the country, kill family members of terrorists (in violation of the Geneva Convention), shut down the Environmental Protection Agency, surveil mosques, abolish the Consumer Protection Act, or deport the 11 million immigrants living illegally in the US.

Richard Hatch is a celebrity, a wise-ass, and a reality TV contestant.

Mainstream media is aiding Richard Hatch by reporting his every move on the island.

It is time to cancel the show.

It is time to vote Donald Trump off the island America.

Canada is begging you.