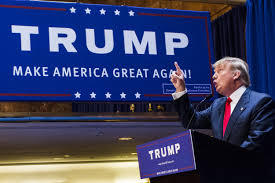 Since childhood, I have heard that America is the greatest country on this planet. Considering the rather sweeping nature of this statement, it is no surprise that some have disagreed. However, most of the time, the major rationale behind their disagreement is the role the USA has played in the international arena. Many claim the USA's realpolitik concerns have more than often taken precedence over the higher ideals which it professes to uphold. Critics also say that while the USA has distributed billions in humanitarian aid, it has also indulged in aggression to promote its interests, often resulting in terrible human cost.

However, the claim about the USA's greatness as a country is less based on its role in the international arena and more on its internal functioning. The real basis for the claim is the fact that the USA has always been a tolerant country for those who are living in it. It has welcomed people from all races and ethnicities, and compared to even other highly developed countries, shown greater acceptance of cultural diversity. It was a country built by immigrants who continue to contribute towards its growth.

Even Noam Chomsky, a person highly critical of USA's foreign policies, while calling USA a "terrorist" country has also termed it as the "greatest country in the world." This dichotomy in his views is mainly because of the fact that USA despite its controversial role in the international arena has nevertheless shown a remarkable contrast in its domestic affairs.

USA can also claim to be the greatest country because it has over the years, upheld freedom of speech while ensuring that it is exercised with responsibility and not used for spreading hatred. It can claim also because over years, it has chosen its leaders wisely. In fact one of the defining features of American democracy has been the fact that it shuns extremists as well as populists and votes sensibly.

The very fact that the US political system so far has been remarkably resistant to forces of extremism and populism, has given USA a moral advantage and allowed it to act as the greatest advocate of freedom and democracy.

However,this election is turning out to be so different. Donald Trump's campaign is ugly, sexist, xenophobic -standing against the very values which underpin America's claim to be a great country. USA has been able to act as a torchbearer of freedom and democracy , because it has always practiced these virtues and its voters have always voted sensibly. USA could champion free speech because it has demonstrated that it could be exercised with responsibility. USA has always been severe on those who abused freedom of speech to spew hatred and divisiveness.

Trump in my opinion is not the only problem as he is merely saying what many Republican voters want to hear. His major damage is to actually make bigotry publicly acceptable under the pretense that "political correctness has destroyed America."

Some say that Trump is an outcome of "frustration" and "anger" felt by many due to excessive minority appeasement and a culture of political correctness. Even if this is true, I am not sure how electing an openly racist person like Trump is the right solution. What is being mocked as "Political Correctness" is in reality an essential bulwark against outright racism. One can argue that it has gone overboard but in that case what USA needs is a correction not a total reversal.

Likewise many so called solutions offered by Trump are nothing but nonsense. Yes, radical Islam is a real problem but this is not going to be solved by spewing hatred against millions of ordinary Muslims who are living in USA peacefully. Moreover, this kind of rhetoric will merely alienate Muslims and make fight against radical Muslims even tougher.

Illegal immigration is a real problem but it is not going to be solved by using inflammatory language against Mexicans. The USA's declining terms of trade with China is a real problem but it can not be solved by Trump's so called superior negotiation skills. Trump is right now being loathed in the international arena and many see him as nothing but a vicious and ugly American. Many of his foreign policy stances are already under heavy criticism by experts and foreign diplomats alike.

How can this person make America great again is beyond me. If anything this person and his campaign stand in stark contrast to all what actually makes America a great country. Economic performance and military might make a country a powerful but not necessarily great. Greatness has that normative element embedded in it which does not come from military might but from the values discussed above. Greatness is acknowledged by respect while power is acknowledged by fear. Globally USA has been respected and feared often in equal measure but if this person is elected then USA will lose the respect part.

It is up to the American voters to decide what kind of image they want their great country to have. I hope, that they understand that voting for Trump will actually undermine America's claim to be a great country.