Former Sen. Bob Kerrey (D-Neb.) demanded that President Donald Trump present the nation with X-rays of his feet to prove once and for all the bone spurs in his heels he claimed for a medical exemption from the Vietnam War draft.

Kerrey, a former Navy SEAL who lost part of his right leg during the war, said on Wednesday’s broadcast of CNN’s “Anderson Cooper 360°” that “you don’t grow out of bone spurs.” If Trump had them in the 1960s, Kerrey said, he’d still have them now (unless he underwent surgery, which Trump has never mentioned).

The challenge followed Trump’s latest disparaging remarks about the late Sen. John McCain (R-Ariz.), who was held as a prisoner of war in Vietnam for more than five years. McCain, who had been diagnosed with brain cancer, died in August.

“While John McCain was flying combat operations in Vietnam, you were, I think, falsifying that you had bone spurs in order not to go to Vietnam,” said Kerrey, a 1992 presidential candidate who retired from the Senate in 2000. “Now, I know lots of people who avoided the draft, but this isn’t what he’s saying. He said ‘I physically couldn’t go.’ Well, Mr. President, get your feet X-rayed and let’s see those bone spurs. I don’t think he has them.”

Kerrey said he also believed Trump “sees all of us who went to Vietnam as fools. We were the suckers. We were the stupid ones. We were the ones that didn’t have the resources to be able to get out of the draft.”

The daughters of a podiatrist who diagnosed Trump with the foot condition in 1968 said in December that it was as “a favor” to Trump’s father, Fred Trump. “What he got was access to Fred Trump,” Elysa Braunstein told The New York Times.

“If there was anything wrong in the building, my dad would call and Trump would take care of it immediately. That was the small favor that he got,” she added.

“He sees all of us who went to Vietnam as fools...we were the ones that didn’t have the resources to be able to get out of the draft. Let’s see those X-rays!” pic.twitter.com/T76aYSOUJj 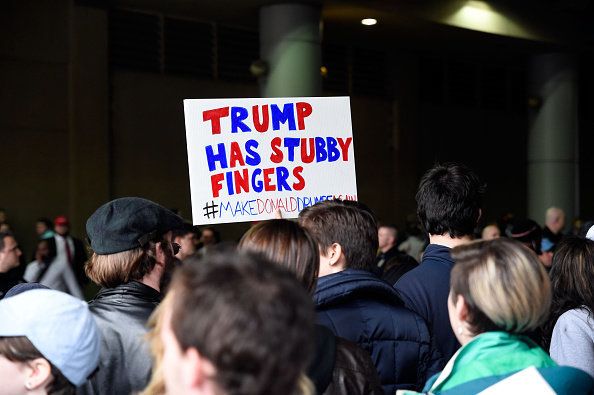