President Donald Trump on Monday doubled down on his criticism of London Mayor Sadiq Khan in the wake of Saturday night’s terror attack in London, even as Khan’s office sought to brush off the president’s attacks.

Pathetic excuse by London Mayor Sadiq Khan who had to think fast on his "no reason to be alarmed" statement. MSM is working hard to sell it!

“The mayor is busy working with the police, emergency services and the government to coordinate the response to this horrific and cowardly terrorist attack and provide leadership and reassurance to Londoners and visitors to our city,” Khan’s spokesperson said in a statement. “He has more important things to do than respond to Donald Trump’s ill-informed tweet that deliberately takes out of context his remarks urging Londoners not to be alarmed when they saw more police – including armed officers – on the streets.”

Early Sunday morning, Trump posted a series of tweets politicizing the attack, including one that targeted Khan.

At least 7 dead and 48 wounded in terror attack and Mayor of London says there is "no reason to be alarmed!"

But later on Sunday, the U.S. Embassy in London directly contradicted Trump, praising Khan’s “strong leadership” in a tweet.

Khan was actually informing Londoners not to be alarmed by the increased police presence in the city following the attack.

“Londoners will see an increased police presence today and over the course of the next few days,” Khan said on the BBC early Sunday. “There’s no reason to be alarmed. One of the things the police and all of us need to do is ensure that we’re as safe as we possibly can be. I’m reassured that we are one of the safest global cities in the world, if not the safest global city, but we always evolve and review to make sure we’re as safe as we possibly can be.”

In a video message, Khan condemned the “twisted and cowardly terrorists,” and urged unity in London. He also thanked police and first responders for their prompt response and bravery.

We are all shocked and angry today - but this is our city. We will never let these cowards win and we will never be cowed by terrorism. pic.twitter.com/kcosumkdCR

The office of British Prime Minister Theresa May said in a statement on Sunday that “the advice to the public is to remain vigilant but carry on with their lives.” She said on Monday that Khan “is doing a good job and it’s wrong to say anything else.”

In addition to criticizing Khan, Trump also used Saturday’s attack to promote and justify his travel ban targeting six majority-Muslim countries, which has been mired in court battles.

Politicians on both sides of the Atlantic criticized Trump’s response, and many notable people came to Khan’s defense on social media.

Last year, Khan, who is Muslim and faced Islamophobic attacks from his electoral opponents, was highly critical of Trump and his anti-Muslim rhetoric. Following Trump’s election, he urged the then-president-elect to “unite people and bring divided communities back together.” 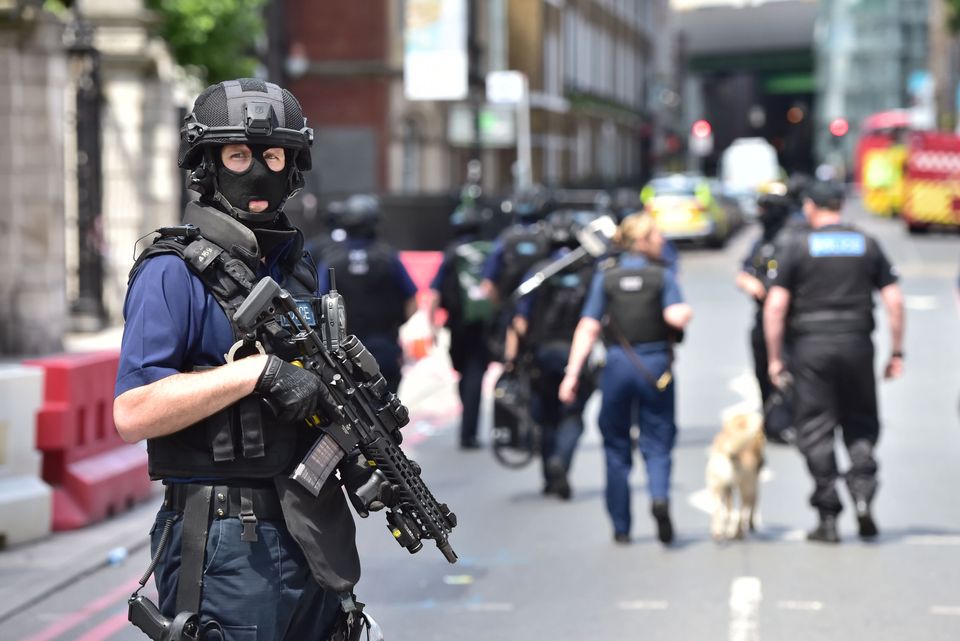