If "All the world's a stage," we should give Donald Trump a standing ovation for his compelling personification of a demagogue. 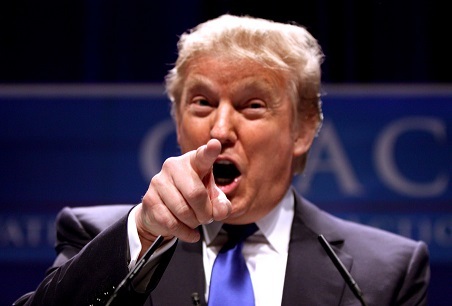 Mr. Trump has writ large the premise that undergirds a predatory world. The American election of 2016 can be seen as a contest over whether to affirm the primal survival strategy--no holds barred, every man for himself--that he embodies, or to build dignitarian institutions that reflect the emerging consensus that human beings are mutually dependent co-creators, interconnected and inseparable, and no one should be left out.

It's not just the targets of Trump's racism, misogyny, and xenophobia who seek dignity; it's his supporters as well. Like all demagogues, Trump is not a creator but an orchestrator of popular resentment. We focus on the histrionics of the band leader, raising his arms in victory and captivating the crowd. But what we should pay attention to is the embittered alienation that Trump channels. If the inequities and shame that buoy his demagoguery go unaddressed, don't be surprised if the music turns martial.

Trump supporters are not all of one stripe. Among them are casualties of a variety of novel forces including globalization, automation, and modernization. But his fans do have one thing in common. They suffer from a dignity deficiency. Like a vitamin deficiency, a dignity deficiency can be lethal. Symptoms range from taking a chance on a charismatic strongman to joining a gang or signing up for jihad. Though he has orchestrated their discontent, Trump is hardly responsible for all the real and imagined indignities that enrage his devotees.

Trump prescribes a dose of national pride: "I will make America great again," he intones, assuming that a profusion of tribal pride will trickle down and dissolve the frustration that fuels their anger.

False pride is the drug offered by all demagogues. The only antidote to their quack remedy is the dignity everyone requires--that of a respected, secure, and fairly compensated place in society.

In practical terms, this means sharing the costs of modernization, disposing of no one, and dismantling impediments to social mobility. Absent inclusion and dignity, indignation only grows.