So, Donald Trump just announced his run for the presidency, vaulting himself all the way into the bottom tier of a crowded 2016 Republican field. We here at The Huffington Post want to treat his candidacy with the seriousness it deserves, so we're taking a look at his numbers. Luckily, he's been threatening to run for president for more than a decade, so there's plenty of data out there to show exactly what the nation thinks of him.

All charts via the Roper Center. 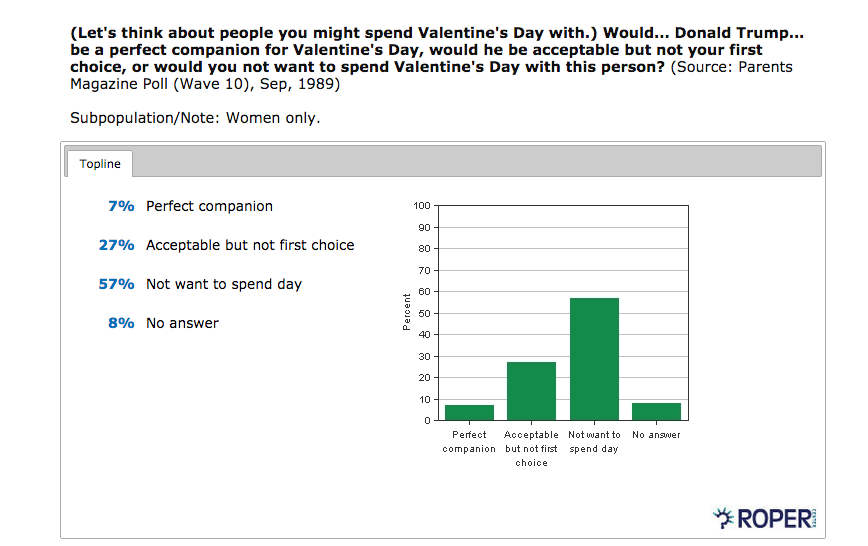 2. His biography does not inspire pity. 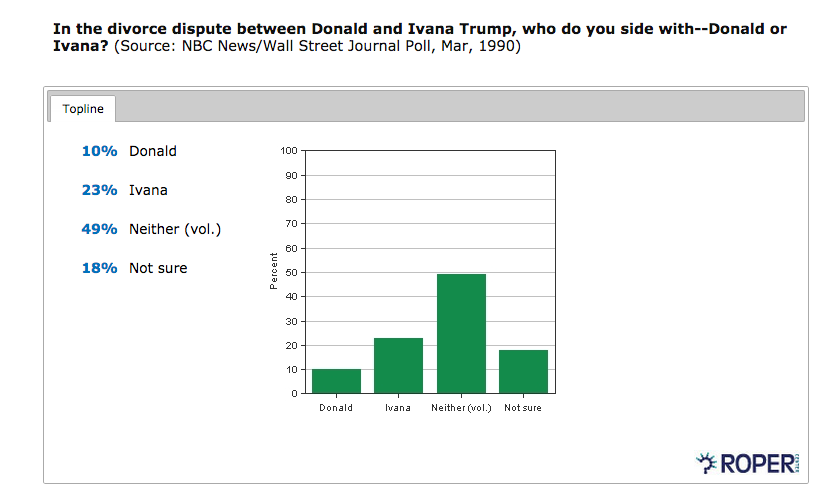 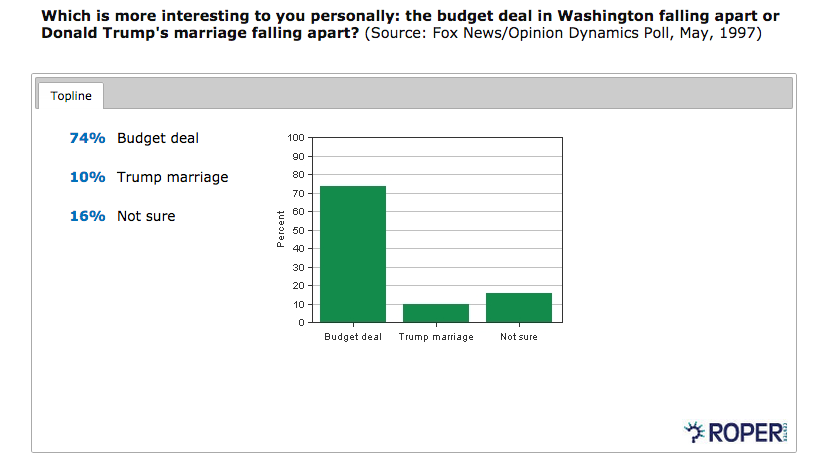 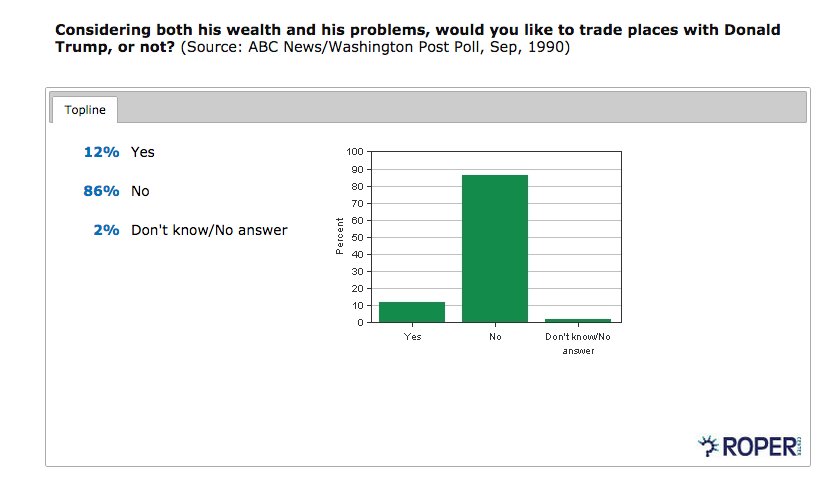 6. His arguments are unconvincing. 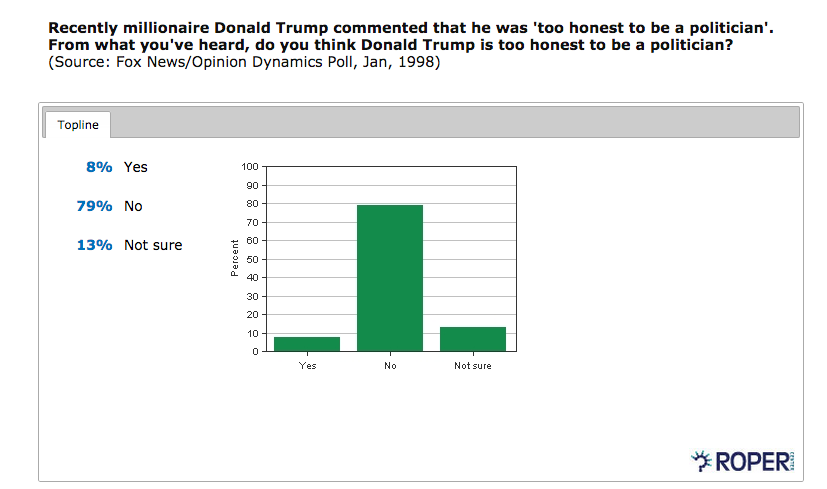 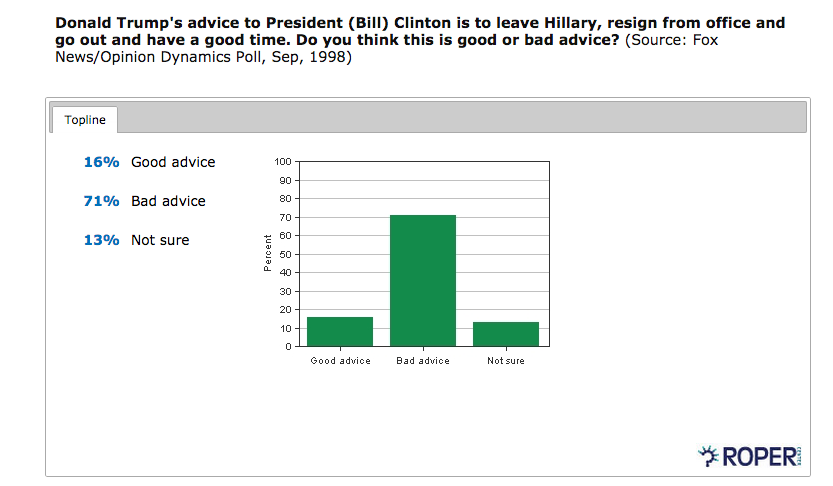 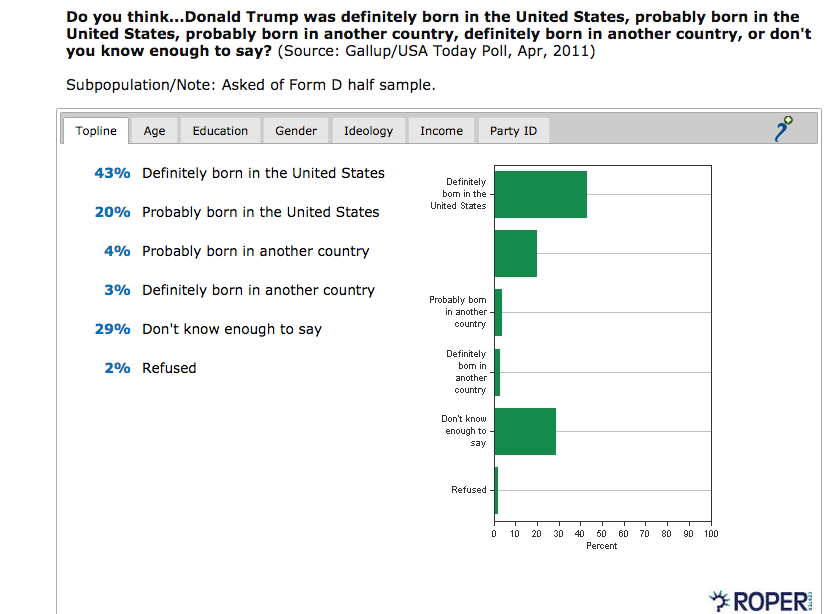 (Though he did have the courtesy to release his birth certificate.)

9. He is not a source of great national pride. 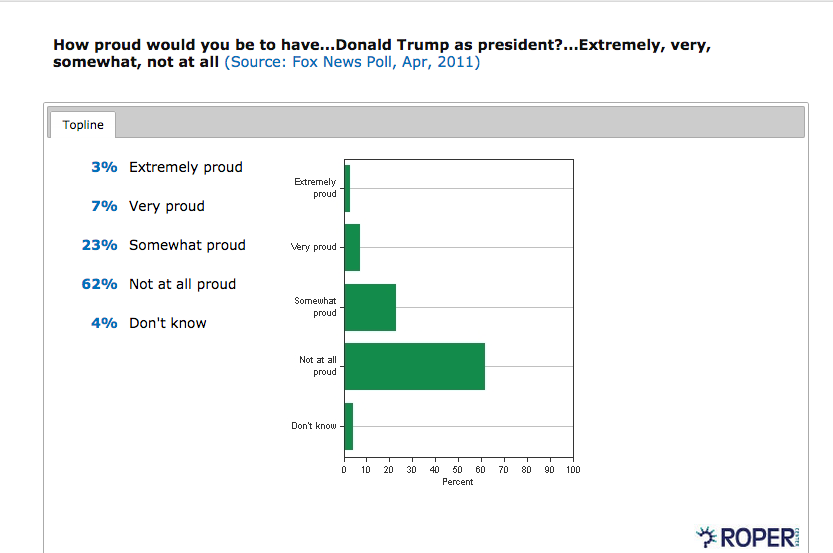 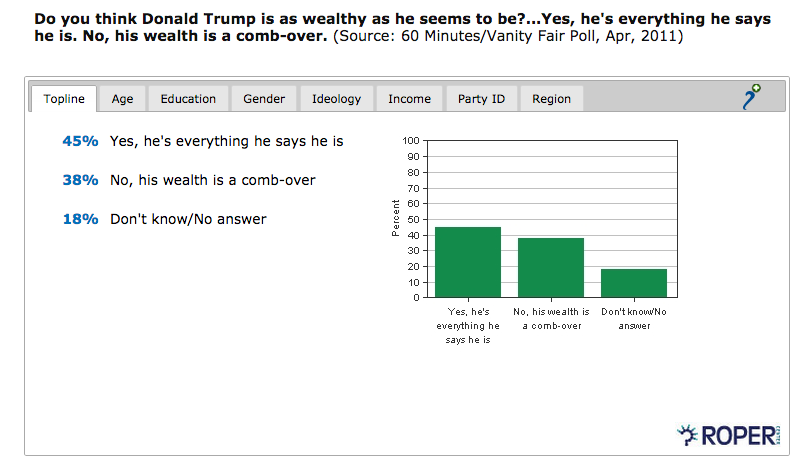 And finally, on a more relevant note:

11. His favorable ratings are terrible, and most Republicans would never even consider voting for him 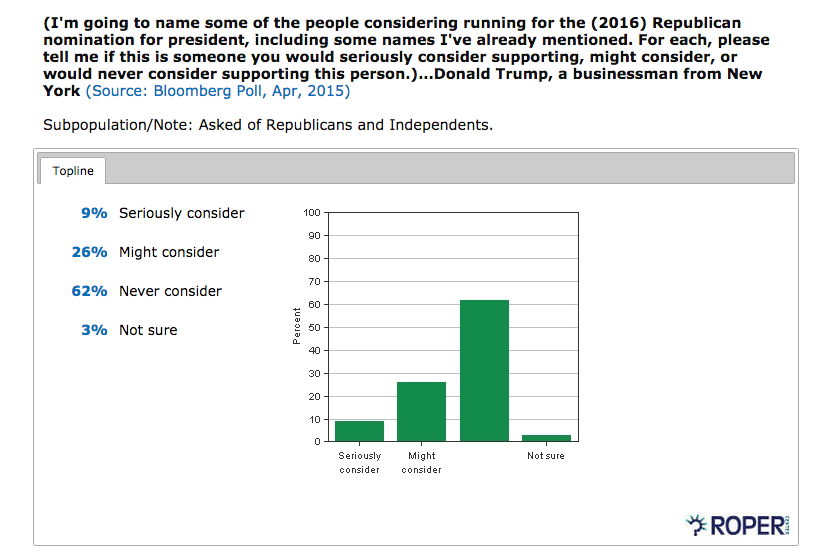