Which begged the question: Donald Trump has a line of mattresses?

In fact, he does. A lot of companies are dropping his brands, but most of the merchandise can still be found online. And mattresses aren't all he sells. Without further ado, here's HuffPost's handy Trump Shopping Guide:

Eyeglasses. "With his signature collection, Donald Trump confirms a style that risen to the pinnacle of fashion," says eyeglasses.com. "The Donald J. Trump glasses collection includes a range of pieces with striking boldness that evoke a joy to wear, bringing a sense of fluidity through lightweight materials." And at less than $100 a pair, the price ain't bad!

Clothing. Oops! Trump's menswear line is made in Mexico.

Board games. In addition to Trump: The Game, a 1989 classic, there's a newer one based on The Apprentice.

Water. It was originally called Trump Ice, before getting rebranded as Trump Natural Spring Water -- "one of the purest natural spring waters bottled in the world." Very splashy.

Cologne. The Trump cologne "captures the spirit of the driven man."

Furniture. Do you want to live inside Donald Trump's house? Of course you do, but you can't. You can, however, buy his furniture. Like this ottoman. Major quality.

Bookcases. Perfect for displaying your Trump books, which will help you "Learn how to think like a billionaire -- it's as simple as turning the page."

Wallets. To carry the shit-ton of money you will make once he's president.

Gold-lined money clips. Perfect for carrying all the extra money that won't fit into your wallet.

Chandeliers. They're ideal "for creating rich lighting in a classy kitchen." 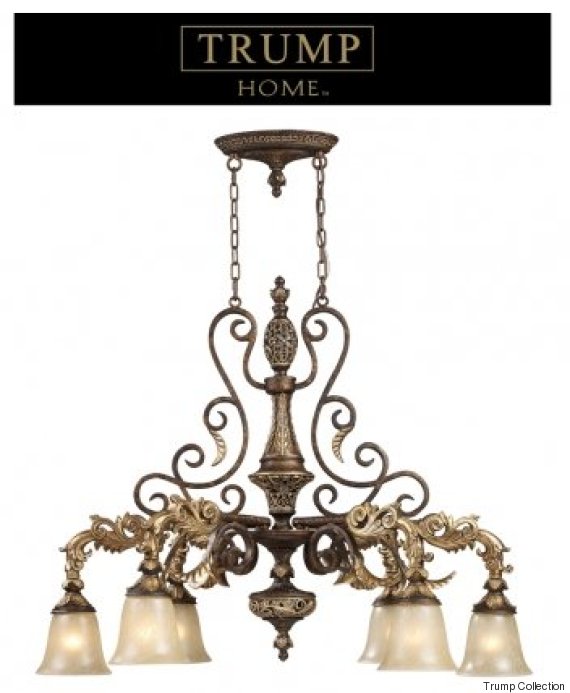 Mirrors.. Think about all the time you can spend staring at yourself.

"You're Fired" Boxers. They help set the mood. 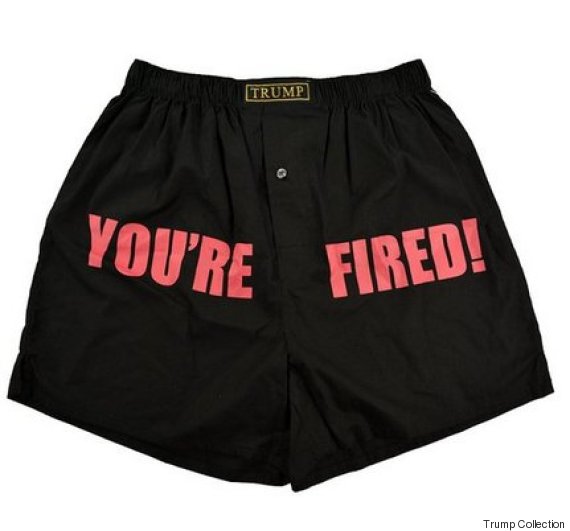 A presidential candidate. Not sure anybody's buying this one.