What will President Donald Trump do when it’s time to leave office?

Washington Post columnist Jennifer Rubin said she doesn’t believe Trump can pardon himself, and if he tried he could face prosecution after leaving office in connection with special counsel Robert Mueller’s investigation.

Rather than take a chance, he could make a last-minute move to protect himself if he is replaced by a Democrat after the next election.

“I would predict here on MSNBC that when Trump leaves office he will resign the presidency 10 minutes before Mike Pence leaves office, allowing Pence to pardon him if there is not a Republican president to follow him,” Rubin said on “AM Joy” on Sunday.

See the full panel discussion, led by Jonathan Capehart, in the clip above. 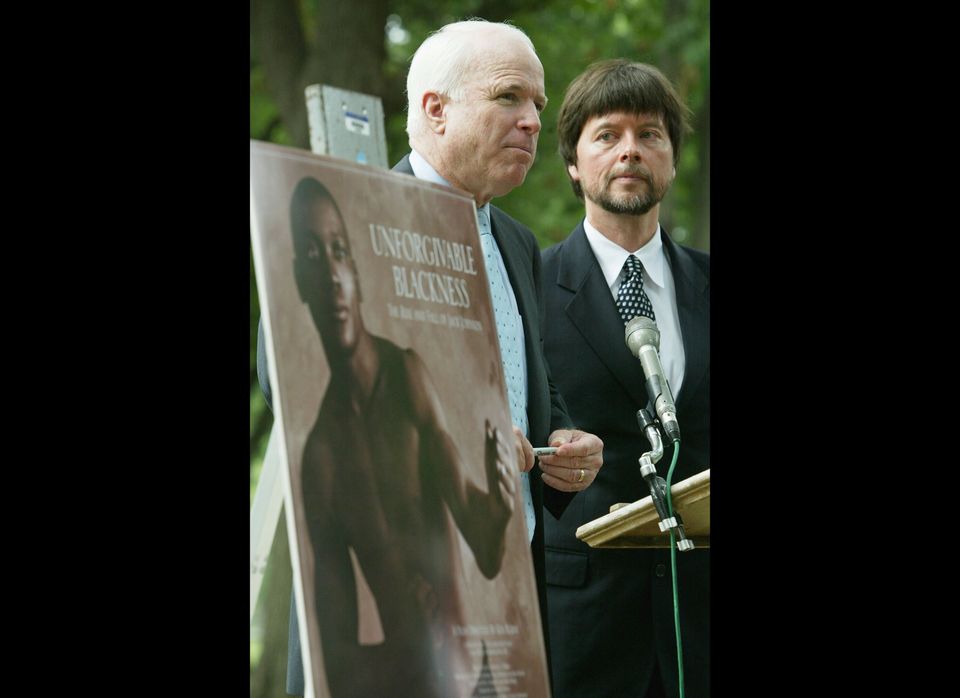 1 / 10
Pardon Sought For Heavyweight Boxer Jack Johnson
WASHINGTON - JULY 13: U.S. Senator John McCain (R-AZ) (C) speaks as documentary filmmaker Ken Burns (R) looks on during a media conference to discuss a legal petition seeking a posthumous presidential pardon for former boxer Jack Johnson July 13, 2004 in Washington, DC. The petition, which was prepared by the law firm Proskauer Rose, and based on findings from Burns' upcoming film on the life of Jack Johnson, concludes that the 1913 conviction of Johnson for violating the Mann Act was 'discriminatory in intent and conclusion.' (Photo by Alex Wong/Getty Images)
Getty