Blagojevich was convicted on charges including wire fraud, extortion and soliciting bribes while governor. He served from January 2003 to January 2009, when the Illinois Senate removed him from office. Blagojevich began serving a 14-year prison sentence in 2012.

“I thought he was treated unbelievably unfairly,” Trump told reporters on Air Force One. “I am thinking about commuting his sentence.”

“I think it’s enough, seven years,” Trump said, adding that Blagojevich was not a friend and not a member of the same political party. “Not a friend of mine. He’s a Democrat, not a Republican. It’s Illinois. I think he was treated very very unfairly, just as others were.”

The White House has suggested before that such a commutation was possible. An official said last year that the president was still considering the issue.(Reporting by Jeff Mason and Lawrence HurleyEditing by Shri Navaratnam) 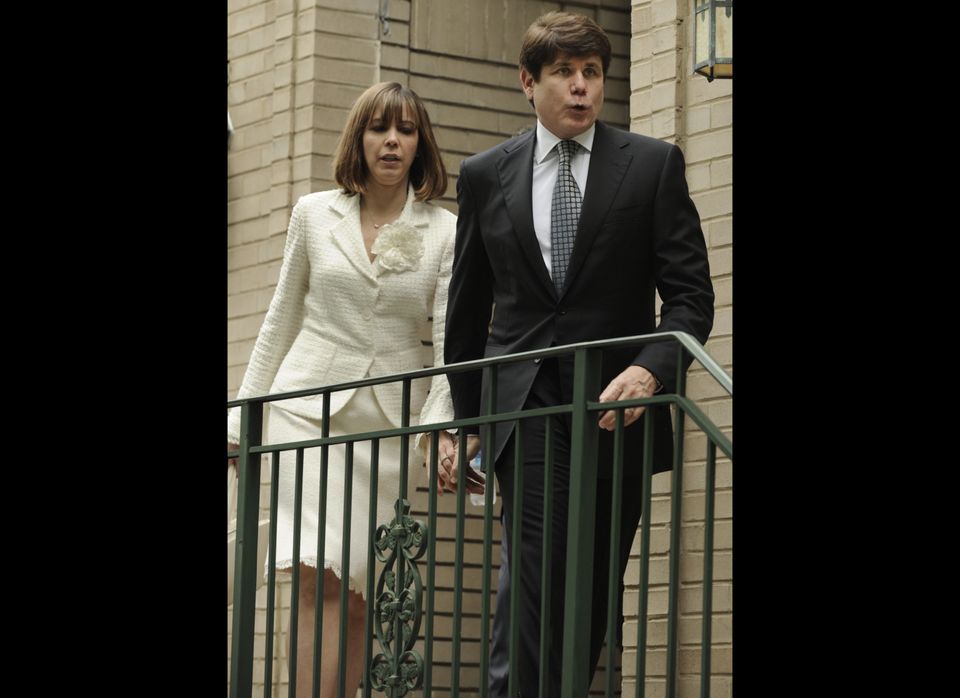 1 / 17
Blagojevich Trial
Former Illinois Gov. Rod Blagojevich and his wife, Patti, leave their home Monday, June 27, 2011, in Chicago heading to the federal court after jurors informed the judge that they had reached agreement on 18 of the 20 counts against him in his corruption retrial. (AP Photo/Paul Beaty)
AP