Speaking on Fox and Friends, one of the conservative network’s opinion shows, Trump sounded off against a pathway to citizenship, while implying that the United States should let more immigrants in from Europe.

“They’re going to make it possible for 11 million or 12 million illegals to become citizens,” Trump said, referring to the GOP. “Every single one of those 12 million people will be voting against the Republicans.”

The GOP has been trying to soften its tone on immigration and craft a bipartisan immigration reform after Mitt Romney’s poor performance among Hispanic voters last year. The GOP presidential hopeful carved out a hardline immigration position during a tough GOP primary, which most analysts think wound up alienating Latino voters. Romney won just 27 percent of the Hispanic vote -- the worst of any candidate since Bob Dole in 1996.

“The border’s not secure -- we don’t have secure borders anywhere -- the borders are secure from Europe,” Trump said. "I mean, the fact is if you want to come in from Europe and if you want to become a citizen and you’re not here illegally and you go through the paperwork and the filing, you can’t get in."

Trump added that immigrants who study in U.S. universities on student visas should not be turned away after graduating.

An aquatic barrier more than 3,000 miles of Atlantic Ocean separates the United States from Europe, making it more difficult to cross illegally than the U.S.-Mexico border, which is joined by land. 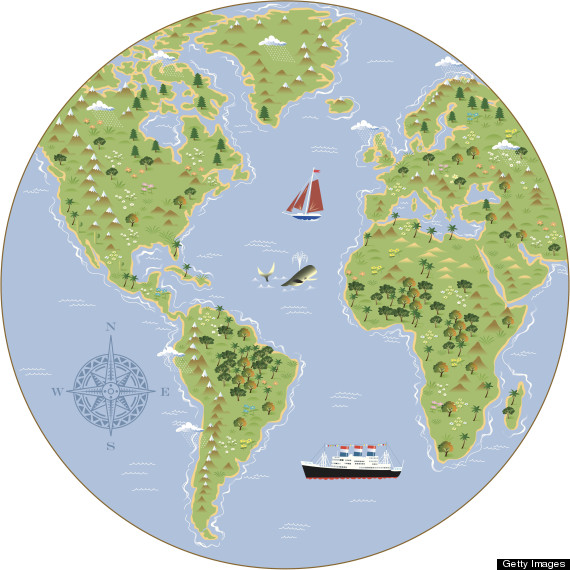 Nevertheless, by most indicators the U.S.-Mexico border is more secure now than it has been in decades. The flow of undocumented immigrants stands at net zero or less, border states register low levels of crime and there are almost twice as many Border Patrol agents stationed there now as in 2004.

Check out 6 of the most common misconceptions about the U.S.-Mexico border in the slideshow below.

6 Misconceptions About The Border