The leaders of some of the world’s biggest tech companies met with President Donald Trump in Washington on Monday, but it didn’t look like a happy little get-together. It looked more like only one person wanted to be there.

But Cook, Nadella and Bezos got much of the attention on social media not for what they said at the meeting but because of how they looked as they sat next to Trump.

Here are some of the reactions:

The Internet has a new 404 page. pic.twitter.com/dVFIHTZr3E

Satya Nadella looks like he's been giving the "get me the hell out of here" signal for 30 minutes. https://t.co/czoLEwTZB9

When Siri is offline and you need help.. #apple #timcook pic.twitter.com/I1z83vLicP

“So, how’s that Apple boycott working out for you?” @tim_cook @realDonaldTrump 🍊🤡👐 #Apple #OneMoreThing pic.twitter.com/UqG7eGIsZ5

That picture of Tim Cook is in the dictionary, under the definition of "Regret."

Seven months after the first tech summit w/ Trump, Tim Cook's facial expression still speaks for all of us pic.twitter.com/mmWhMC6QAN

That look on Satya Nadella's face as he sits next to Pres. Trump: https://t.co/45TeaDaHBe

After the first time around you would have thought they would have worked on their facial expressions pic.twitter.com/4xY0dDVlYh

The face Tim Cook makes when he wishes he had run for president instead of being CEO of Apple. pic.twitter.com/5S4ALnwkBt

When you don't realize the dinner party is going poorly. pic.twitter.com/jWpMSkrtKr

when you just bought all of Whole Foods but the emptiness remains pic.twitter.com/wWjccXQozk

Here’s to the Crazy Ones… @tim_cook 🍊🤡👐 #Apple pic.twitter.com/H1MwsoLqM4

PHOTO GALLERY
'Obsolete' Technologies That Are Still Alive And Kicking

Tech Leaders Met With Trump, And The Looks On Their Faces Said It All
'Obsolete' Technologies That Are Still Alive And Kicking 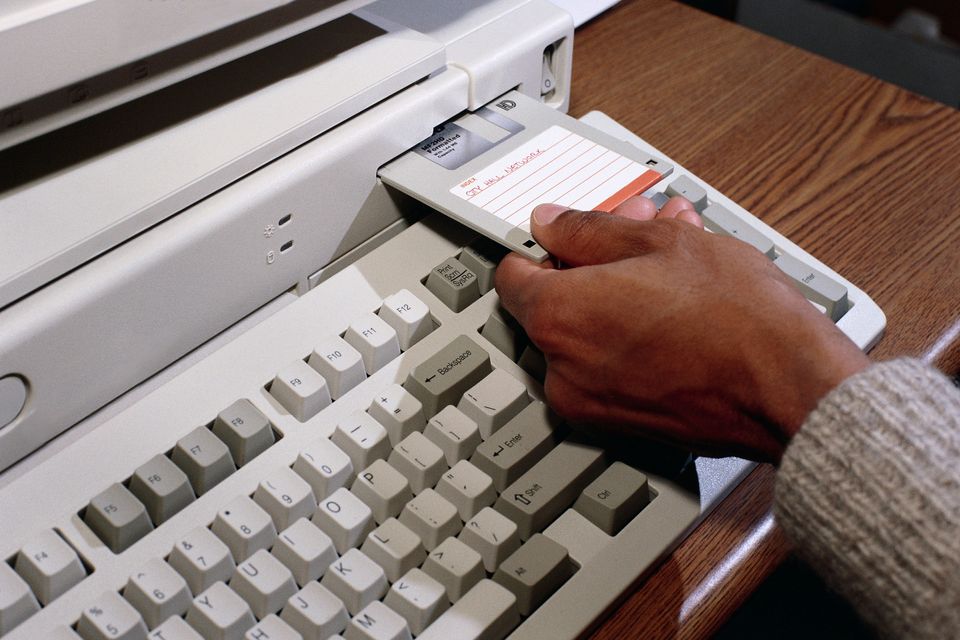 1 / 5
Floppy disks favored by the U.S. government
You might not have touched a <a href="http://www.nytimes.com/2015/01/04/us/politics/her-task-weaning-the-white-house-off-floppy-disks.html">floppy disk</a> since the early '90s, but they're still in use&nbsp;at the White House, a New York Times story revealed in January.&nbsp;<br><br>According to a profile of Obama's top tech adviser&nbsp;Megan J. Smith, the administration is still "run in part on the floppy disk," a storage device first developed in <a href="http://www.vocativ.com/tech/machines/white-house-floppy-disks/">the 1960s</a>.<br><br>However, they may not be all that common. Smith <a href="http://www.bustle.com/articles/80911-does-the-white-house-use-floppy-disks-megan-smith-us-cto-tells-us-if-the-rumor">later told Bustle</a> that she hasn't actually seen any being used.&nbsp;<br><br>Floppy disks are also in use at the U.S.&nbsp;Air Force nuclear missile facilities in Wyoming. Last year,&nbsp;<a href="http://www.cbsnews.com/news/whos-minding-the-nuclear-weapons/">"60 Minutes"</a>&nbsp;discovered that land-based nuclear missiles at the facility are operated by <a href="https://www.huffpost.com/entry/floppy-disk-nuclear-missile-minuteman_n_5243367">archaic computers running massive 8-inch floppy disks</a>.
Fuse via Getty Images