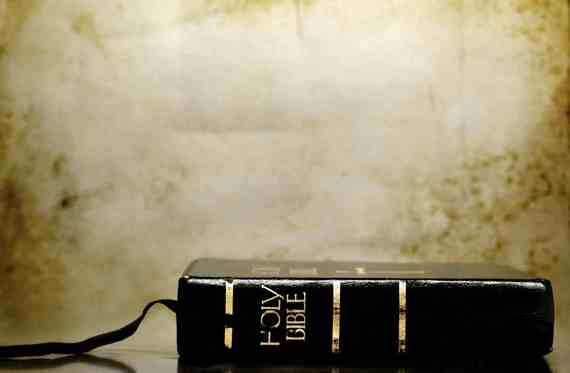 An irony of this primary season is that Republican front runner Donald Trump--a public figure who hasn't been known for his piety--has both struggled to connect with Christian conservatives and confounded expectations by polling well with these conservatives. Indeed, even the doubts Pope Francis expressed this week about Trump's Christian faith aren't likely to decisively reverse his appeal.

There is no doubt that Trump has worked to ingratiate himself to Christian conservatives. In September, at the annual Values Voter Summit in Washington, DC, Trump carried a bible his mother gave him to the podium and announced to scattered applause, "I brought my bible." Neither Marco Rubio nor Ted Cruz brought his childhood Bible to the Summit, and Trump's bible clearly struck some in the audience--of which I was a member--as a prop intended to influence their perception of him.

More recently, Trump traveled to Liberty University at the invitation of the university's president, Jerry Falwell Jr. After Falwell's enthusiastic introduction, Trump addressed the student body. However, media coverage of the event was dominated by Trump's error in referring to a text, Second Corinthians 3:17, as "2 Corinthians," a gaffe that Tony Perkins, president of the Family Research Council, noted "shows that he's not familiar with the Bible." After Trump was embarrassed by the mistake, he revealed that Perkins gave him Bible notes to help him with the speech, including the offending "2 Corinthians 3:17": "Now the Lord is that Spirit: and where the Spirit of the Lord is, there is liberty." No doubt Perkins saw the verse as one that would appeal to the students at Liberty and reinforce Trump's message as a protector of Christianity.

Since he announced his candidacy for president, a common theme in Trump's stump rhetoric has been that his favorite book is not his own Art of the Deal, but the bible. Inevitably, journalists began to ask Trump to name his favorite bible verse or passage. For a while, Trump demurred. But then in an interview on Pat Robertson's Christian Broadcasting Network, he finally revealed that his favorite bible chapter is in the book of Proverbs and is focused on the vice of envy, more specifically, as he put it, "the chapter, 'never bend to envy.'" A trump aide later clarified that the passage Trump referred to was Proverbs 24:1-2, "Be not thou envious against evil men, neither desire to be with them. For their heart studieth destruction, and their lips talk of mischief."

Even though I'm not a Christian, I also have a favorite bible verse. It turns out that Donald Trump and I have in common the same book and the same motif in our favorite bible verse if not the same verse. In the King James Version, Proverbs 3:31 is: "envy thou not the oppressor, and choose none of his ways." There are other translations of this verse, of course, but they tend to translate "the oppressor" in a particularly narrow way--as a person who employs violence. At one level, this warning against those who use violence is all well and good. But oppression is large, and it can operate in many ways, some direct and some indirect, institutional, systemic. Indeed, leaders can oppress by encouraging their followers to blame, hate, degrade, and express themselves through aggression.

I love Proverbs 3:31 because it is psychologically astute. The verse doesn't enjoin us to refrain from hating the oppressor; it enjoins us not to envy the oppressor. The assumption contained within it is that we're predisposed to want for ourselves the power of the oppressor to oppress. And Proverbs 24:1-2 bears the same message about this temptation to want to dominate and harm in the way we've seen others dominate and harm.

Trump hasn't clarified his reading of Proverb 24:1-2, so we don't know what he meant when he said in the CBN interview that he's "had that thing all of [his] life where people are bending to envy."

Donald Trump continues to compete with Ted Cruz and Marco Rubio for Christian conservative "values voters," but he has the support and endorsement of Jerry Falwell Jr., who defends his endorsement by way of Matthew 22:21, "Render therefore unto Caesar the things which are Caesar's; and unto God the things that are God's." Falwell's reading of the passage is that Jesus didn't leave any instructions for the selection or behavior of political leaders--a radical assessment for a figure on the Christian right--and that the instruction of the passage is intended to guide personal morality. I don't know whether that's the best reading of Jesus's words in Matthew, but it seems to me that we can understand something meaningful about power by reading Trump's--or my--favorite verses of the Book of Proverbs. I hope Donald Trump reads it again at some point.