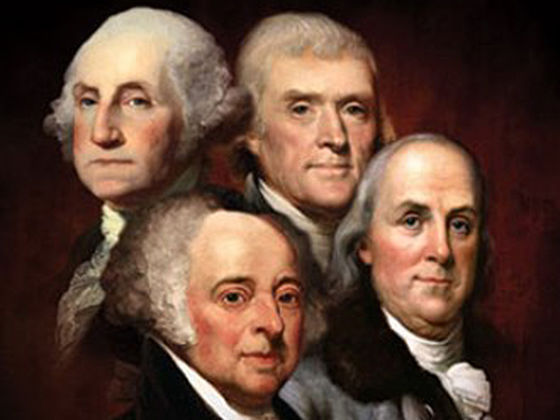 I was recently given a very interesting and unexpected challenge. I was asked by Norman B., international radio personality and host of the show Life Elsewhere, to take a look at Donald Trump from a brand expert's point of view. I have been so horrified by this man from my personal point of view as woman and a human being, it hadn't dawned on me to assess him from a professional place. And when I did, I was surprised at what I found.

As someone who vacillates between laughing at this man's lunacy and seething at his complete lack of humanity, it does not thrill me to report this, but intentionally done or not, the brand Donald Trump is extremely well built.

There are a few core branding blocks that must be a part of any strong brand. They are: A unique positioning. Clearly defined purpose. Truly held values. An authentic personality. And a compelling message.

Donald Trump has them all. In spades. Here's how it breaks down.

A Unique Positioning: Make America Great Again. Like all good brand positioning, it's simple. It's easy to remember. And it draws people in, making them feel like what is being offered is truly needed. Implied in the message is notion that America is no longer great, but that restoring our former greatness is possible. Everybody loves a comeback story, and his positioning promises to give us one.

Clearly Defined Purpose: The Trump brand purpose is to restore respect to America and resuscitate the American Dream, thus making life better for all Americans in both perception and reality. He promises to do this by increasing the military, creating more jobs, deporting millions, building walls and via a whole host of other somewhat frightening and often unrealistic methods. And agree with them or not, this purpose elevates his brand by offering a value that can't be measured in dollars.

Brand Values: The Trump brand values are crystal clear. Elitism. Intolerance. Entitlement. Divisiveness. Hatred. There is not a speech, debate or tweet he has engaged in that doesn't make it clear that Donald Trump genuinely embodies these values. He brings them to life with every word he speaks and action he takes. He's true to his values. Again, like it or not, that's good brand behavior.

Brand Personality: Aggressive. Arrogant. Boastful. Ruthless. Insensitive. Egomaniacal. I am not calling the man names here. This is an honest and fair assessment of the personality traits his brand has displayed throughout his campaign if not throughout his life. And these traits are a natural evolution and outward expression of his truly held values.

Compelling Message: His message is that America has lost its way. China and immigrants are to blame. All politicians are losers. And that he and he alone can restore greatness and respect to our land. In a display of best brand practices, his message is clear and consistent. He hammers it home at every turn. And beyond that, his message is compelling, even if in the most polarizing of ways. It compels you to love him or hate him. Either way, he has emotionally engaged his entire audience, and that's the sign of a well-built brand.

A brand, by its very nature, is an expression of individuality. And as such, not only is Donald Trump's brand well developed, it is authentic. The brand values and personality reflect him to a tee. He is most definitely not trying to be something he isn't.

Given the election ahead of us, the bigger question now becomes: How does the brand Donald Trump align with the brand of America? To analyze this, I turn to what amounts the mission statement of our nation: The Declaration of Independence. Let's break it down, starting at the beginning.

We hold these truths to be self-evident, that all men are created equal, that they are endowed, by their Creator, with certain unalienable Rights, that among these are Life, Liberty, and the Pursuit of Happiness.

As far as I have been able to discern, nowhere are these statements are our inalienable rights qualified by race, gender, religion, nationality or orientation. All men means all mankind. Our country was founded on the value of inclusiveness. And this stands in direct opposition to the elitism that defines Brand Donald Trump. If we as a nation are founded on the fundamental truth that Life, Liberty and the Pursuit of Happiness are inalienable rights, meaning nobody can take them away from us, then threatening to do so via deportation, wall building or any other method is actually, incredibly unpatriotic.

The Founding Fathers went on to say: To secure these rights, Governments are instituted among Men, deriving their just powers from the consent of the governed.

I have yet to hear Donald Trump ask anyone's consent for anything. In a display of his brand values of arrogance and aggression, he doesn't ask. He tells. Or some might say bellows. His bombastic and disrespectful ways do not in any way reflect the values of tolerance, equality and brotherhood we as a nation were founded on.

Further, the Declaration states that: When a long train of abuses and usurpations, pursuing invariably the same Object, evinces a design to reduce them under absolute Despotism, it is their (the people's) right, it is their duty, to throw off such Government, and to provide new Guards for their future security.

I love that phrase "a long line of abuses." The Trump campaign can easily be considered to be one long line of abuses. It has been abusive to Latinos, to women, to fellow candidates and a broad spectrum of other Americans both domestic and foreign born. Despotism is an interesting choice of words as well. It is defined as the exercise of absolute power, especially in a cruel and oppressive way. Despotism is the first word in the Declaration I could find that aligns with the Trump brand. However, as it is used by our Founding Fathers, we are never, as a nation, meant to tolerate such an expression of power.

So, looking at The Declaration of Independence and the character our country was founded on, does brand Trump align with brand America? No. At the very core of brand values, they are diametrically opposed.

So how can it possibly be that so many Americans support him?

I would propose that in answering this we can find the blessing in all the madness. And perhaps a way forward that is in the best interest of us all.

For quite some time now, fear mongering has been the modus operandi for much of our media, entertainment industry and government. Between these three entities, stories of doomsday scenarios are served up daily in every possible way, shape and form. And it stands to reason that if you plant fear in the hearts and minds of people for long enough, it is going to take root.

We, as a nation, have become terrified for our survival and that of our children. But fear has many faces, and not all of them are timid. Have you ever seen what a bear or lion does when they are afraid for their young? They don't cower; they become ferocious. They will attack for fear of being attacked. This is a primal instinct. And we are, on a level, primal creatures. As such, the fear our institutions have stirred up, which has permeated on both conscious and unconscious levels, has created an energetic of aggression in many Americans.

And that is the perfect breeding ground for a message like Donald Trump's. His brand of aggression is speaking to the fear, and the fear is responding in numbers most of us never thought possible.

But it is in understanding the dynamic beneath the surface that we can truly start to change things. And so, in that, we can thank Donald Trump for so clearly revealing the depth of the fear living in the hearts of so many.

When the goodness of humanity prevails, which it always eventually does, we will have a leader in place who cannot possibly turn a blind eye to the rips and tears in the souls of Americans that Donald Trump's campaign has brought to life. And with any luck, this leader will start to chart a new course that does not try to manipulate the masses through fear, which breeds hatred. Because hatred, left unchecked, will lash out again. And again. And again.

How will we, as a people, ask our next administration to help us heal as a nation and guide us back to our founding principles that teach us we are richer for our diversity and varying heritages? It is in answering this that I see a new hope for better days to come.

We call ourselves the United States because it is by uniting through our differences that we are stronger. And any brand built on dividing us by the color of our skin and the country of our ancestors is as fundamentally un-American as it gets.

Does Donald Trump have a well built and clearly defined brand? Yes. Does it belong in America's highest seat? I doubt he'd get the vote of any of our Founding Fathers.

Author of The Branding Sutra