Ashton Kutcher kicked off the ceremony with a message in support of immigration after Friday’s executive order severely restricted blocked refugees and people from Muslim-majority countries from entering the United States. Julia Louis-Dreyfus took a more explicit stance, calling the president’s actions “un-American,” and the Muslim “Moonlight” star Mahershala Ali was compelled to share a story about his faith.

Others went after Trump more generally, and with a sense of humor.

“I would like to go against the [grain] this evening and thank President Trump for making Frank Gallagher look normal,” said “Shameless” actor William H. Macy, who plays a deadbeat alcoholic dad on the show. 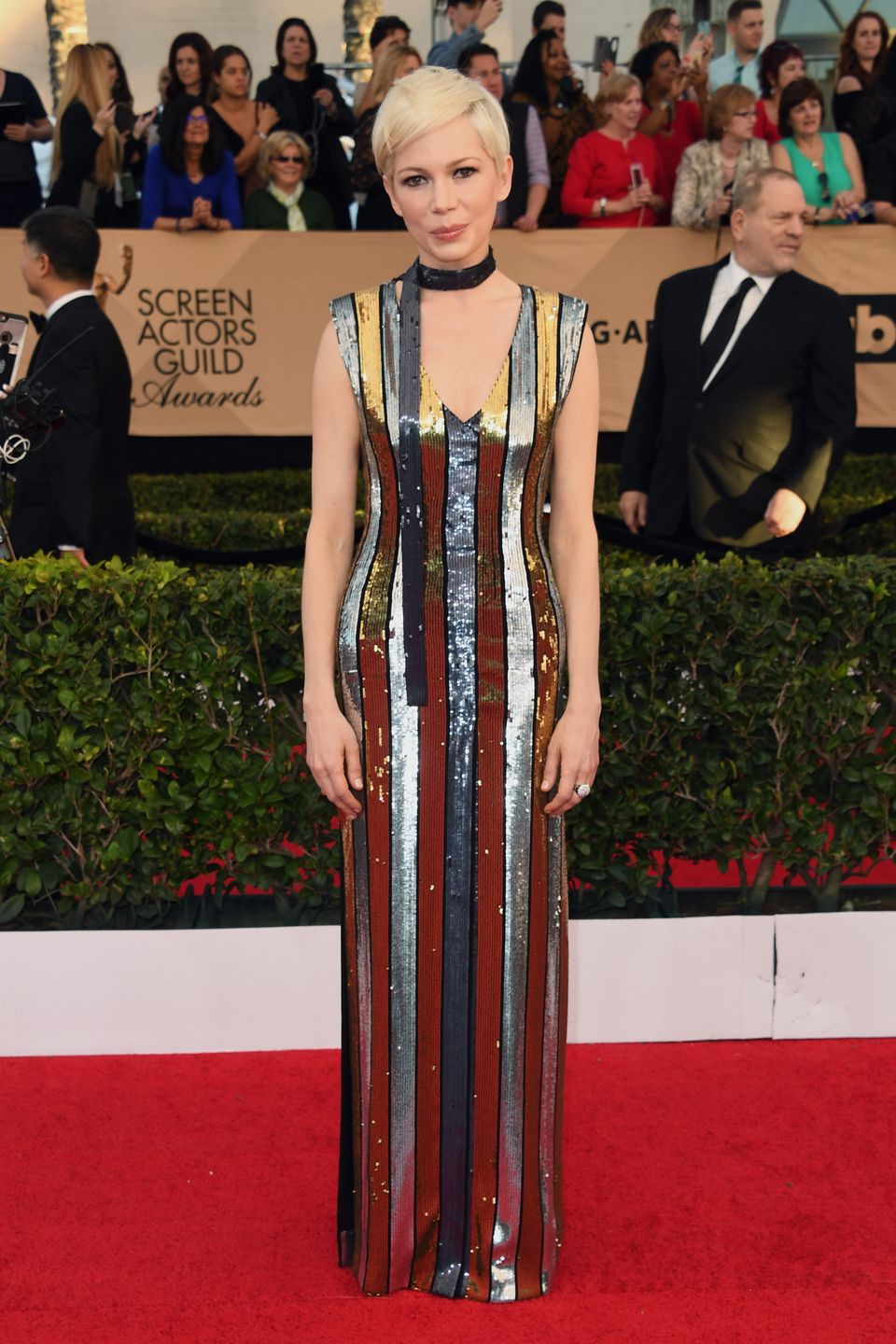