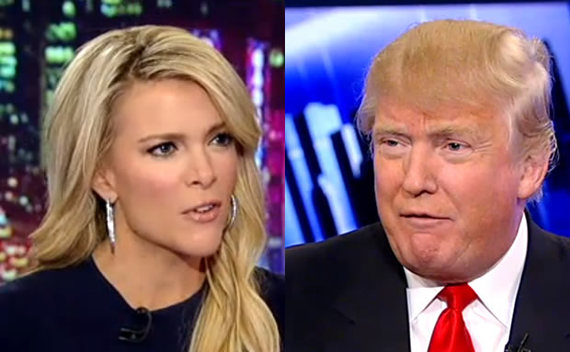 After Thursday night's egregious and disappointing debate performance, it is clear you have now completely fulfilled your chief function in this year's GOP primary. You put illegal immigration -- and the role that countries like Mexico and sanctuary cities like San Francisco play in enabling it -- front and center of our national discourse. Thank you.

Hard-working, law-abiding American citizens and the millions who have waited patiently in line for years for enter this country legally have long been outraged by the left's deliberate conflation of illegal immigrants with the more benign-sounding, and politically popular, "immigrants." You helped the rest of America remember that rhetorical deception, even as you failed to publicly make that pivotal distinction yourself.

Here's the problem, Mr. Trump. You had weeks to put any kind of policy meat on the bones of your basic rant, and you did nothing. This suggests you either have no clue what that policy meat is, or you are too lazy to do the work of actually learning about existing policies and how best to reform or eliminate them.

That dereliction of duty would be a huge delimiter in itself, but there is a more serious problem now. As weirdly entertaining as you can be, as refreshingly candid, as unabashedly transparent as you are about the corrupt nature of our political process (and your direct role in that corruption), you, sir, have finally shown yourself to be a bona fide horse's ass.

Your answer to a simple question from Fox co-host Megyn Kelly regarding some of your past boorish comments about women was an easy opening to show some rare gentlemanly charm. While most Republicans would agree with your initial statement about how ridiculously oversensitive and politically correct our country has become, your threatening remarks to a congenial female moderator revealed a level of psychotic animus that made me actually fear for Ms. Kelly's safety.

Here were your words to her: "I've been very nice to you, although I could probably maybe not be based on the way you have treated me, but I wouldn't do that."

Reading those words, most readers may not think much of them. But the unmistakably hostile way in which you delivered those words was deliberately threatening.

Ms. Kelly handled it all with characteristic aplomb, but I do wonder, late at night -- when she's finally removed her cheery Fox News anchor mask -- if she felt somehow violated. I am starting to get what your ex-wife Ivana meant when she said she was metaphorically "raped" by you.

Sir, you revealed in the Megyn Kelly exchange, and other exchanges on Thursday night, a level of unrepentant meanness that is unacceptable on a debate stage watched by millions of young, hopeful Americans. If we are to maintain any degree of broadcasting civility, your presence on any televised debate stage can no longer be justified (even though the mercenary TV networks hope you stay in the race, and on stage, because the ad revenue your freak show candidacy generates is enormous).

Moreover, for someone who claims that everyone in America is oversensitive, you, sir, are clearly unable to take a little ribbing yourself, let alone honest and forthright questioning of your past actions.

You had your chance, Donald Trump. And, as I predicted in this space on July 14 in a piece entitled "Post Trump, What is the GOP's Best Path to Presidential Victory?", you found a way to blow it. Your grotesque and misogynistic tweets about Ms. Kelly shortly after Thursday's debate revealed how immature and disregulated you've become.

With such comments, sir, I honestly think you are starting to resemble the similarly unhinged Donald Sterling at the end of his weird reign as owner of the L.A. Clippers basketball franchise. Your family heirs might now rightly consider removing you from positions of power within the Trump organization, lest you do lasting damage to the brand itself.

In this scenario, I would advise handing over the reigns to your daughter Ivanka, who seems to possess the class, discretion and decorum necessary to be the new public face of the Trump enterprise. Moreover, letting a woman run the Trump brand might actually undo some of the damage you inflicted Thursday night in Cleveland.