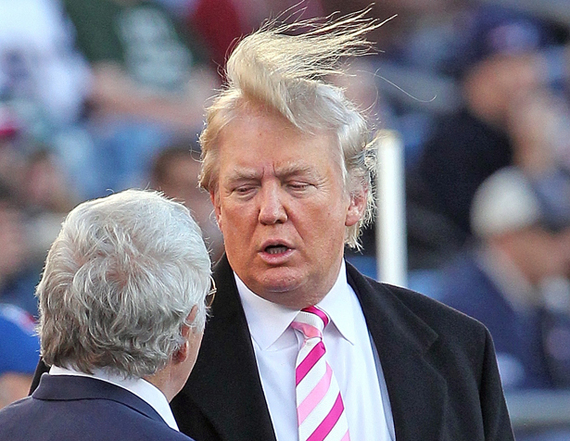 Donald Trump's Hair to Announce It's Transitioning Into A Quilt

The news just got a bit more hair-raising for the beleaguered presidential campaign of presumptive Republican nominee Donald J. Trump. Diane Sawyer, in a blockbuster interview, sure to draw comparisons to her sit down with Caitlyn Jenner, announced that Donald Trump's hair piece will appear with Sawyer to discuss its transitioning into a quilt.

When asked if Trump "wigged out" at the news, the fuzzy patch of yellow answered: "Yeah, he flipped out a little." Adding: "It's time. As we say in the trade, "hair today, gone tomorrow."

Trump's hair will discuss with Sawyer its desire to transition into being part of a quilt. A project titled "From Hair to Eternity" that will also include well-known retired follicular replacement devices from Liberace, John Travolta, etc.

When reached for a comment, a Trump representative denied the hairpiece existed, but would not rule out a TV show to replace it, tentatively called The Hair Apparent.