It is difficult for voters to keep track of the many legal and personal scandals surrounding Donald Trump, but it is easier to remember the many people whom he has insulted. Both pose liabilities for Trump's campaign for president, but perhaps ironically, it is the insults that are likely to do more damage than the scandals.

Supporters of Hillary Clinton seem to believe that each Trump scandal adds to voters' negative assessment of his fitness to the president, like a snowball that gets bigger and bigger as it rolls downhill. But that doesn't seem to be happening. Instead, each day's scandal seems to push the previous one out of our collective memories. There are so many of them -- and the details are so complicated and bizarre -- that it is hard to keep track of them. The most recent scandal involves the Trump Foundation, which, according to an investigation by the Washington Post, Trump has illegal used to avoid taxes, pay business expenses, and create the misleading impression that he's a generous philanthropist. Each day, the Post seems to find yet another way that Trump has misused the foundation to feather his nest. But no sooner have we started to understand the magnitude of Trump's misdeeds with his foundation than we are confronted with another scandal -- his illegal business dealings with Cuba during the U.S. embargo, which Newsweek just uncovered.

Trying to remember the scandals over the Trump Foundation and Cuba leaves us little room in our brains to recall the U.S. Justice Department's lawsuit against Trump for discriminating against blacks in his apartment buildings; or the illegal con job he foisted on the unwitting "students" of his bogus Trump University; or the many employees (waiters, dishwashers, and plumbers, among others) and contractors he stiffed in his business dealings by failing to pay them for services they rendered; or the several women who have charged Trump of raping them as well as many others who have accused Trump of being a sexual predator; or the many stories that have linked Trump to the mafia in his hotel and casino business activities; or his misuse of at least four business bankruptcies to avoid paying his creditors and his taxes; or Trump's failure to pay federal income taxes despite his wealth; or his hiring of undocumented workers for one of his real estate projects and his failure, as a federal judge found, to pay them or to provide safe working conditions, as required by law; or Trump's repeated fines for breaking rules related to his operation of his casinos; or the Federal Trade Commission's $750,000 fine against Trump for failing to disclose his purchases of stock in two rival casino companies, which flouted the nation's anti-trust laws; or Trump's misuse of his $55,000 of campaign donations to purchase copies of his book, Crippled America: How to Make America Great Again, from which he receives royalties -- a violation of Federal Election Commission rules; or the foreign models who worked for Trump Model Management in this country without having proper visas and permits. And this is just a partial list!

One might think that all these scandals would lead voters to view Trump as a corrupt, irresponsible, law-breaker unfit to be president. But there are so many of them that it is difficult to keep Trump's crimes and calumnies straight. Most of us only have a big enough attention span to remember the most recent scandal.

On the other hand, most Americans have a pretty good memory for names and faces, so it is easier to remember at least some of the long list of people whom Trump has insulted, in part because we can identify with these individuals. We are all aware of Trump's steady use of mockery, bullying and belittlement against people with whom he disagrees, who have criticized him, or whose looks or handicaps he finds troubling.

So while Clinton's supporters might not gain much ground reminding voters about Trump's multiple business and personal scandals, they are on firmer ground calling attention to the people who have been targets of Trump's demeaning insults. That's why Hillary Clinton scored big on Monday night when she brought up Trump's history of calling women "pigs," "slobs," and "dogs," and, in particular, the insults he hurled at former Miss Universe Alicia Machado, including calling her "Miss Housekeeping" and "Miss Piggy." Unable to let Clinton's comments pass, Trump has spent the last few days continuing his defamation of Machado for having gained weight while she was Miss Universe. 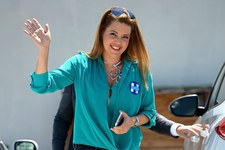 But voters might have some difficulty retrieving the specific epithets that Trump has used against people over the years. So here is a very partial list of the people he's insulted and the words he's used to attack them. 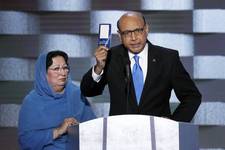 Khizr and Ghazala Khan: After Khizr Khan -- whose son Humayun, a US Army captain who was killed in Iraq and was awarded the Bronze Star Medal and the Purple Heart -- gave a speech at the Democratic convention condemning Trump for his comments about Muslims and pulled out a pocket-sized copy of the Constitution to asked if Trump knew about the right to equal protection, Trump struck back. Trump not only said that Khan had "viciously attacked" him but also erroneously claimed that Khan's wife Ghazala was not allowed to speak because she was Muslim. "She probably, maybe she wasn't allowed to have anything to say," Trump said on ABC News.

Judge Gonzalo Curiel: Trump attacked Curiel, a judge who is presiding over a trial brought by people who were scammed by Trump University. Trump accused Curiel of having "an absolute conflict" that should prevent him from presiding over the Trump University case because Curiel, a United States citizen who was born in Indiana to immigrants from Mexico, is "of Mexican heritage." Trump said that Curiel could not be fair because "I'm building a wall" on the U.S.-Mexican border. At a campaign rally, Trump claimed that "I have a judge who is a hater of Donald Trump, a hater. He's a hater," despite the fact that Curiel has ruled in favor of Trump on most of his lawyer's requests. 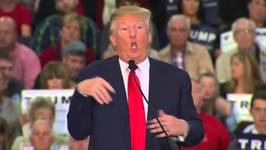 Serge Kovaleski: At a campaign rally, Trump he flailed his arms and mocked Kovaleski, a New York Times reporter who suffers from a chronic condition that limits the movement of his arms. Kovaleski had challenged Trump's claim that after 9/11 Muslims in New Jersey had celebrated the attacks. 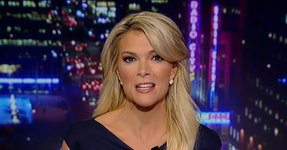 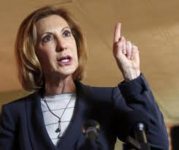 Carly Fiorina: "Look at that face!" Trump told a Rolling Stone reporter on his private plane when Fiorina, then his Republican rival for president, appeared on a television screen. "Would anyone vote for that? Can you imagine that, the face of our next president? 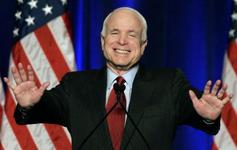 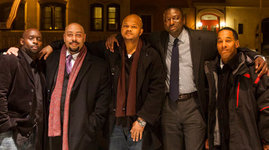 Central Park Five: In 1989 five teenage men, four African Americans and one Latino, were wrongfully convicted of raping a 28-year old white woman who was jogging in New York City. The media quickly labeled them the "Central Park Five." As soon as they were arrested, Trump led the charge against them. He paid a reported $85,000 to take out advertising space in four of the city's newspapers, including the New York Times, under the headline "Bring Back The Death Penalty. Bring Back The Police!" In those ads, Trump wrote: "I want to hate these muggers and murderers. They should be forced to suffer and, when they kill, they should be executed for their crimes. They must serve as examples so that others will think long and hard before committing a crime or an act of violence." Trump's words were hardly subtle -- he was calling for the boys to die. All five boys pleaded not guilty at the trial but despite the lack of DNA evidence linking any of them to the crime scene, the jury found all five boys guilty. The judge sentenced them to serve five to 15 years in prison. Michael Warren, a respected New York civil rights lawyer who later represented the Central Park Five, said that Trump's ads "poisoned the minds of many people who lived in New York and who, rightfully, had a natural affinity for the victim. Notwithstanding the jurors' assertions that they could be fair and impartial, some of them or their families, who naturally have influence, had to be affected by the inflammatory rhetoric in the ads." In 2002, Matias Reyes, a violent serial rapist and murderer serving a life sentence, confessed to the Central Park rape, stating that he had acted by himself. When the DNA evidence was re-examined, it showed that Reyes' semen alone was found on the rape victim's body. That year, New York's Supreme Court vacated the convictions against each member of the Central Park Five, whose lives had been shattered by their prison terms and who, had Trump had his way, would have been given the death sentence for a crime they did not commit. 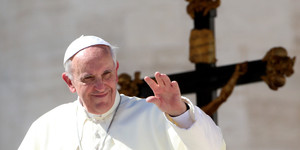 Pope Francis: After the pope criticized Trump's proposal to build a wall on the U.S.-Mexican border, Trump said that the pope's comments were "really not very nice." But then he went further, claiming that that the Islamic State (ISIS) wanted viewed the Vatican as its "ultimate trophy" and that the pope would "would have only wished and prayed that Donald Trump would have been president because this would not have happened."

This list doesn't even include Trump's wholesale insults against Muslims, Mexicans, and Jews, or his nasty and misinformed comments about rivals Hillary Clinton, Jeb Bush, Marco Rubio, Ted Cruz, John Kasich, and others.

Trump has spread his insults so far and wide that there are few Americans who are unaware of his penchant for impulsive rants and invective against powerless and innocent people as well as against his competitors in business and politics.