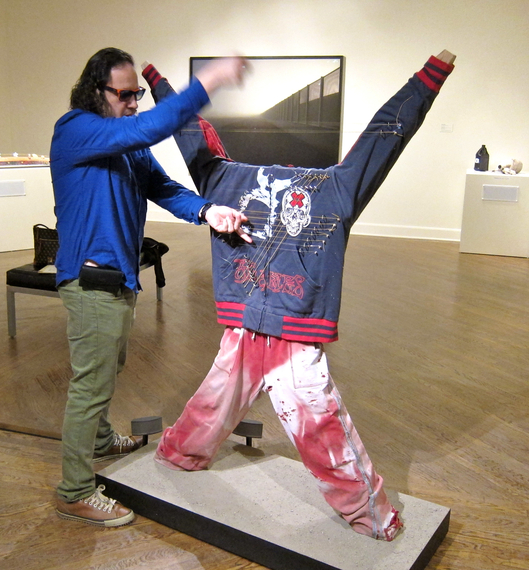 As any Fresh Dialogues follower knows, we seldom cover politics, but given Donald Trump's seemingly unstoppable rise in popularity, he can no longer be ignored. He's channeling class anger into prejudice. Trump's blatant racism against Mexican immigrants compelled me to explore the reaction of the Mexican-American community here in Silicon Valley for a BBC World Service report.

One of the leading Mexican Americans in tech, Diana Albarran Chicas, put aside her frustration and issued this invitation to Donald Trump:

"Come out to Silicon Valley and meet with a lot of these prominent Mexican Americans that are actually pushing for innovation in Silicon Valley," Diana Albarran Chicas

BBC Host Jon Bithrey: One of the most important dates in the race to become the U.S. President is upon us. On Tuesday, Americans in a dozen states go to the polls...Now Alison, you're in California. Talk to us about how Donald Trump is viewed there.

Alison van Diggelen: He's burned some bridges, let's say. Immigration has become a scalding hot issue in the United States and in California. Mexican immigrants are getting the brunt of the vitriol, despite that fact that there's been a net migration of Mexicans out of the US since 2009.

My report begins with Donald Trump speaking at a rally last year.

Victor: ...to all the Mexicans he has offended...
98% of the Mexicans that come over here...they only want to work and try to make a living. Sometimes it really makes you upset. They come and they do the hardest work. I put ads in the paper...it's just Mexicans who apply for the job. I've never had an American who says: hey, I wanna start working as a laborer.

Arellano was a math teacher in Guadalajara and now serves a demanding clientele, many of whom work for Silicon Valley tech companies.

Victor: There's two kinds of Americans -- the ones that see that this country was formed by immigrants and then everybody is doing their best to make the country better. 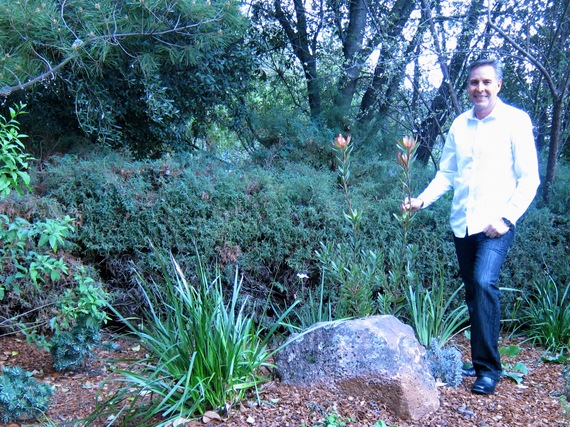 Diana Albarran Chica is a director of in-orbit satellite testing at a major satellite manufacturer in Silicon Valley. Her MIT degree helps with that.

Diana: I'm very proud to say I'm Mexican American and both cultures have had a big impact on who I am and that I represent both countries very proudly.

How does Albarran Chicas respond to Trump's anti-Mexican insults?

Diana: My invitation would be to come out to Silicon Valley and meet with a lot of these prominent Mexican Americans that are actually pushing for innovation in Silicon Valley...changing the ways companies here are functioning and working...He needs to be surrounded by people that are making a difference, that are influential.

Guillermo Galindo is an influential composer and artist from Mexico City who moved here in 1992 (top photo). This month, his exhibition "Border Cantos" (a collaboration with photographer Richard Misrach) begins a national tour at the San Jose Museum of Art, in the heart of Silicon Valley. It documents the human tragedy of the US-Mexico border. Guillermo expressed compassion for Donald Trump and said "he must be hurting inside" to say such racist things.

Alison: Is there something you'd like visitors to your exhibition to go home with...a thought, a feeling?

Guillermo: I'd like them to resonate with it...take that home and that is a seed that is going to grow with them...that improves the conditions of people crossing the border and the treatment that immigrants have in the US and all over the world.
It's totally a global message. It extends in the macro and in the micro, no? There are borders between us as people and there are borders that extend through nations.

Alison: What would you like to happen to those borders between people and countries?

Guillermo: I would like to build bridges instead of borders.

Read more about influential immigrants from Africa in Silicon Valley