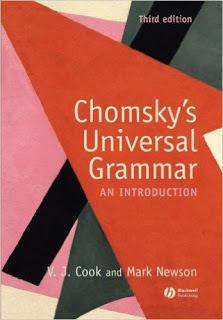 There has been a lot of talk about Donald Trump and why he appeals to people, but more specifically why he gets to say things that would ruin another politicians career, like the comment about Carly Fiorina's face, or Megyn Kelly's period, about "lyin Ted", or "Crooked Hillary." He loves soubriquets, but Trump's appeal might actually be in the language. For the disenfranchised voter that Trump appeals to the assaultive language is an ineradicable bond that places Trump on the wrong side of the tracks and in cahoots against the establishment with his would be constituents. It's like the kind of self-mutilation that motorcycle gang members practice with their tattoos and piercing and anti-social antics. Trump is constantly proving himself to the Hell's Angels both literally (since they represent his demographic of poor whites) and metaphorically. He says what we think since there's racism, sexism and bigotry in all of us. We all want to put up walls (psychic as well as physical). We all want to demean people we disagree with and even keep them out of our communities. In the process of evolution, we gradually learn to do away with these tribal impulses. Trying to be Trump is a big mistake. You can't be Trump unless you're Andrew Dice Clay, or Howard Stern or someone who excels at shock jockery and it's not something that can be taught. You are born with the genes or not. Noam Chomsky theorized about a universal grammar, a biological trait of humans, underlying the acquisition of all language. But Trump possesses a mutation of universal grammar, which allows him to speak to the pathological part of all of us. In a review the late Andrew Sarris commented, "there's a little Hitler in all of us" ("The Controversial Das Experiment: Is There Some Hitler in All of Us?" Observer, 9/30/02)