A self-proclaimed “donkey whisperer” is encouraging people in London to use technology to help them understand donkeys’ emotions and mannerisms.

Mark Ineson, owner of “Real Donkeys” in Dewsbury, West Yorkshire, has been studying the animals for more than 20 years and says they are very emotive creatures.

Entertainment group Merlin Events has teamed up with “Real Donkeys” to offer donkey rides “with a difference” in London’s Jubilee Gardens. New technology allows children to hear the animals’ sounds translated into English, and into full sentences.

“We get the nudges, we get the facial expressions,” he said, adding that like dogs, donkeys “give a paw, he lifts a leg to show his emotions that way,” said Ineson about his 12-year-old donkey named Carl, one of 17 donkeys he owns.

Some of Ineson’s donkeys have won awards such as “Best Beach Donkey”.

“(We) work very closely with them, day in day out, and pick up on their mannerisms, their emotions, what they’re thinking basically,” Ineson said.

Chloe Couchman, a spokeswoman at Merlin Events, explained that the technology behind the translators analyses the unique sounds, frequencies and vibrations of each donkey’s “ee-aww,” triggering a phrase that reflects what the donkey is feeling.

“As you can see above,” Ineson wrote on his website, referencing a photograph of him kissing a donkey, “I love my donkeys very much and would never swap them for the world.”

Families will be able to book free rides for children on the “talking donkeys” in Jubilee Gardens until Thursday. 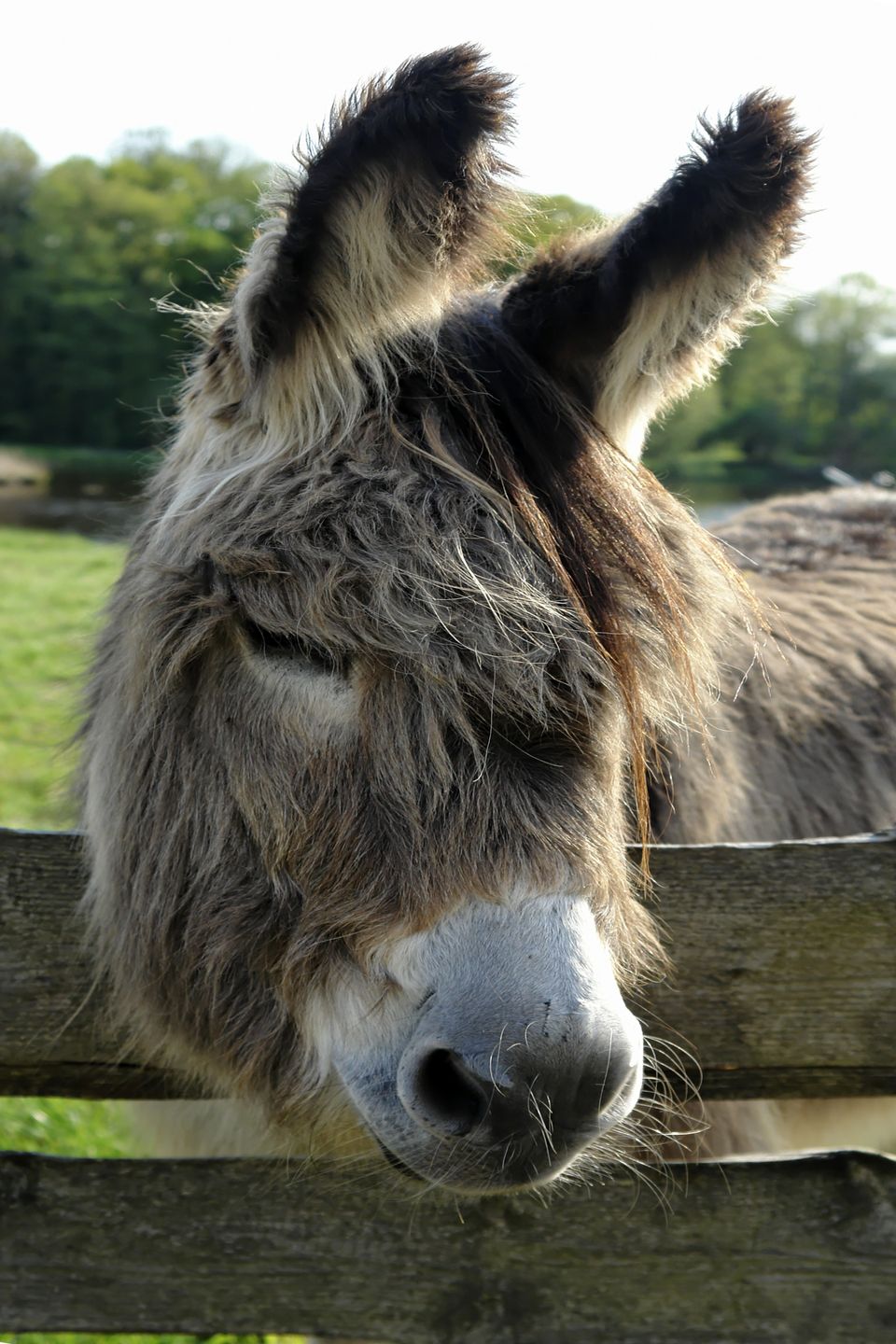