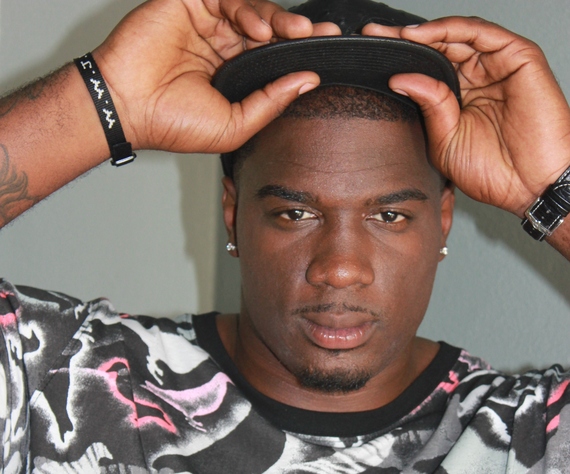 Donovan Carter is one of the stars on HBO's new hit series Ballers, a comedy that chronicles the off-field struggles of professional football players. Carter's path to Hollywood, however, was different from many of his costars. His role on the show was borne out of the devastating end of a lifelong dream.

Carter was once a defensive standout for the UCLA Bruins. Like many football players, he aspired to be an NFL star since he was a young child. After college, for a very brief moment in the 2013 offseason, he was with the Oakland Raiders. Then, during minicamp he was cut.

"I wanted to keep playing football. It was my dream since I was nine. It was the only thing I was good enough to do," he said. Carter briefly considered continuing to pay a trainer, eating right, and pursuing opportunities with other teams, but ultimately the cost was too steep. And with that realization, football left his life, taking with it Carter's identity, purpose and hope.

It was a messy breakup. "The first month I was depressed," he disclosed. "I was sitting around the house. I didn't have a car. It was stolen. I wasn't working out. I was isolated. I didn't even know my next move."

His UCLA defensive line coach Angus McClure was one of the first people he turned to. "I asked him, 'What should I do?'" Carter recalled. A trusted mentor, McClure set up a conversation with former UCLA quarterback and actor Mark Harmon. That gave Carter a goal. He decided he would give acting a try, though at that point, his credits were limited to a stage play of To Kill a Mockingbird when he was eight and an appearance in a music video when he was a three-year-old kid.

Though he had little formal experience, Carter was always entertaining, known for his knack for making others laugh. He recalled pulling down his roommate's pants, leaving him standing there with only shorts in the dining hall freshman year at UCLA. "He couldn't do much about it because he was carrying trays," Carter chuckled. The score was settled two years later when Carter was the one caught with his pants down, literally, while doing a presentation in Romanian class. "I'm standing there trying to figure out if I should pull up my pants or just hobble out of class. Everyone was laughing. We just do silly stuff like that," he said.

Carter managed to find ways of entertaining on a scale larger than his college dining hall. After working as an extra on a few commercials and doing other part-time jobs including security and a stint as a summer camp counselor, Carter auditioned for Ballers. It was an excruciatingly long three-month process that began in August 2013. At that point, Carter had to rely on his work-ethic and keen memory from years of learning playbooks as a football player and majoring in history at UCLA (he is a World War II buff). "I was embarrassed to ask someone for help," he disclosed. "I did it by myself. I went over lines in my house. No coach. No training. I just kept reviewing the script over and over again."

Three months after his first audition, he received the life-changing news that he had earned a part on Ballers. It was not an entirely joyous moment. He got the call as his grandmother, Barbara Carter, was comatose after a sudden heart attack. "I didn't want to be selfish," he said of his reaction to getting the call that he had gotten the role. "I found out when I was in her hospital room." (His grandmother has since made a full recovery and is now an avid fan of his show.)

To prepare in earnest for the role, Carter worked with acting coach Josh Bitton. By the time shooting began, Carter was confident, until it was time to say his lines. "I was definitely nervous. It's like butterflies on the first day of school or right before a game. We had a little rehearsal, and I got real mush-mouthed. I was freaking out. I was telling myself, 'Snap out of it. We're here, let's do this. Let's be great.'"

The pep talk he gave himself was effective, but even more inspiring were the words of his co-star Dwayne "The Rock" Johnson. "Rock pulled me to the side and said, 'Man, we all believe in you. We're all here for you. You're here for a reason,'" he shared. "Dwayne probably went through the same thing. All you need is a couple of words, and I was ready to go."

Carter plays the role of Vernon Littlefield, an NFL defensive end hoping for a new contract, and squandering his resources on the friends and family who have taken advantage of him in the wake of his NFL success. Spencer, played by Johnson, is Littlefield's financial planner and mentor who helps him navigate life as a professional athlete.

Now more comfortable and confident as an actor, Carter has discovered he can leverage traits he developed as a football player to advance his acting career. "You take direction from a director like you take direction from a coach," he shared. "I give my best on each take." There is one key difference, though. There is just one take in football. "In acting, you have multiple takes," he said. "I want each take to be better than the previous one so I'm walking away happy without the pain of regret."

Carter is also applying the work ethic he developed as a football player to acting. "A lot of my fellow actors have been doing this longer. I came from where I came from, but I want to do the best I can," he shared. "I am working right now and grinding just to get my identity and have people see how hard I work. I want to be able to do anything. Pick up any role and just do that. I'm perfecting my craft."

That quest for excellence has involved continued work with Bitton. He even watches movies differently. "I watch and pick up little things. Maybe I can take something from someone else and use it in my career." His favorite actor right now is Jamie Foxx. "His range is so broad. He is so entertaining."

Ultimately, that is Carter's goal. The man who once thrilled fans as a member of the UCLA Bruins, now wants to entertain through his acting. "I want people to watch me and be entertained and help them get through whatever they are going through."

Now, the depression and disappointment he experienced after the end of the football career is a distant memory, and he feels blessed to have a new career he loves. "I look forward to going to work. It doesn't even feel like work. You want to do it all of the time." Carter will have a chance to do his craft at least through next year. Ballers was just renewed for a second season.