The worst thing we could do right now is compound a horrible act of anti-LGBT hate by promoting anti-Muslim and anti-immigrant hate. To use the worst shooting tragedy in U.S. history to promote Trump-like behavior would be despicable.

It is a race to the bottom -- outright bigotry -- branding all people in a group, regardless of character, as the enemy.

We LGBTs have recently won so many rights -- with the aid of so many non-LGBTs of all faiths -- that it would be unworthy of us to become haters towards any other group of people. 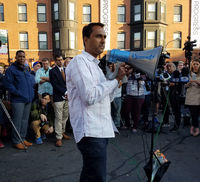 We have in our rainbow LGBT community many Muslims and immigrants who catch it from both sides -- racist Islamophobes on one side, anti-LGBT bigots on the other. We especially need to stand with them, and stand against scapegoating, period.

At the same time, we cannot allow political leaders to gloss over the fact that this was an attack directed specifically against LGBTs, and that the toxic hate directed against us by people of all different faith traditions has played a role in it.

Florida Senator Bill Nelson said yesterday that we need to refuse to be "hyphenated Americans, but stand together as Americans." Sorry, Mr. Senator, but this was an apparent anti-gay attack. Disregarding that fact is to disregard the hate that has been promoted by anti-gay political and religious leaders of both parties, especially in the American South. 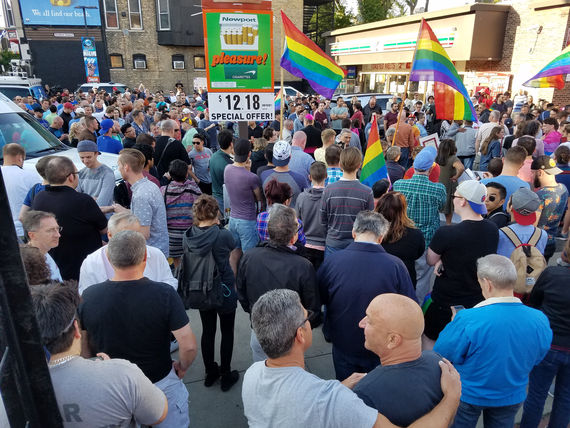 Much of the U.S., especially the South, is currently being swept with anti-Transgender "bathroom bills" aimed at dehumanizing Trans people, and by extension, all LGBTs. These bills dehumanize us, and thus make it "okay" to attack us. We would be more inclined to believe politicians' expressions of sympathy for the Orlando victims and their families, were they not also pushing these anti-Trans, scaremongering bills.

Our country is already a violent, tinder box of hate. Things have gotten so bad that we now have a major party presidential candidate who has made it his calling card to make openly racist incitements against immigrants, Latinos and Muslims.

Knowing so much hate and violence directed at us as LGBTs over the decades, we have a responsibility to help end it, not augment it.

We must stand together as human beings of every race, nationality and religion -- not as parochial Americans concerned only with "our own."

We must confront what our own leaders are doing to perpetuate outrages like the scapegoating of groups here in the U.S. We must forcefully oppose the serial bombings and invasions of other countries, and support for despots against their own peoples, which breed terrorism.

Otherwise the cycle of violence will continue.