I still remember myself as a bossy five-year-old. With pigtails and dungarees I had the confidence of Lady Gaga and would let no one stand in my way. I'd even stand up to my brother's bullies despite them being four years older and a lot bigger. I was a tomboy, I was a force to be reckoned with and I was used to being listened to.

Looking back, at five years old this attitude could be called cute but any older and I'd soon be labelled a brat.

My dad doted on me, he wanted me to be a survivor, a leader not a follower and he wanted to know that I could take care of myself in any situation. My parents would call me bossy but never in a spiteful way, always with a smile.

Then when I was eight, I was a prince in the school nativity play. I wasn't even a King, just a person with no lines who followed the Three Wise Kings silently. This should have given me a hint that my teachers didn't relish the thought of spending extra rehearsal time with me.

I still bossed everyone around, I still thought I knew best and when the opening night came I was so busy telling Mary to cross her legs that I forgot I was stood in the middle of a stage shouting in front of hundreds of parents. I got my five minutes of fame.

I felt very embarrassed but still indignant that she shouldn't have been flashing her knickers on stage, then as I tried to back away, I fell over the Kings and we all fell like a row of dominoes.

I was pulled from the pile up by a rough hand, my headmaster, Mr Taylor. He didn't stop pulling until we left the hall and were alone in the milk monitor's store cupboard.

He gave me quite the lecture, from the, "Who do you think you are?" to the, "Your bossiness has ruined the entire play". It lasted for about ten minutes and it really sank in. 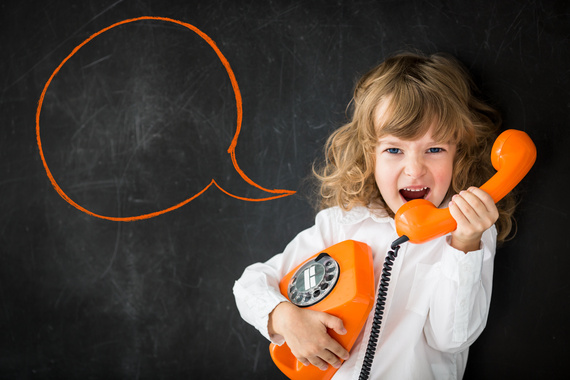 The following day the school photos were back and Mr Taylor came to seek me out. He showed me mine and smirked as I reeled in shock at how awful it was. I remember the day quite plainly. I didn't want my photo taken as I'd recently knocked out some teeth fighting with the boys and this had left me with quite the crooked smile.

On top of this, at the weekend, my grandma had invested in a pair of thinning scissors. Needing a guinea pig she decided my head must be too hot with all my hair on it and so virtually scalped me, leaving a half inch fringe wonky across my upper forehead.

I was also wearing my mum's Banana Man costume, at least that's what my dad called it. Failing to find anything to wear in the morning I'd shoved on her bright yellow leggings and T-shirt that she wore to the gym. The T-shirt had emblazoned across it B********* to the Poll Tax. While the T-shirt may have earned me a few brownie points from my friends, the hairdo and teeth wouldn't. I begged him to burn it straight away.

A few minutes later we all filed into the hall and after the initial "Good Morning Mr Taylor, Good Morning Everybody" he told us all that the photos were back. He picked one "randomly" from the pile to show the superb quality and yes, it was me. The whole school erupted in laughter and for once I tried to hide not be the centre of attention.

His words and the lessons he taught me had a huge impact on my life. I never told anyone about it as I was quite embarrassed but I lost the bossiness and became more empathetic towards others, more sensitive of their feelings and less of a know it all. I started to take a step back and listen to what others had to say before pitching in my own two penny's worth. I'm glad he called me bossy and told me it was wrong as if I'd have been left to carry on I could have ruined no end of lives.

Being bossy is not the same as being a leader. A leader has a clear direction. They have the solutions and they have the people skills to delegate and to ensure everyone works as a team. A bossy child only has their sights set on the solution that suits them, no one else, and will be bossy simply to be the centre of attention. I know, I was that child.

Leadership skills develop alongside people skills (nothing about being bossy denotes good people skills) and the greatest leaders may be fearless but they have the best interests of their followers at heart. 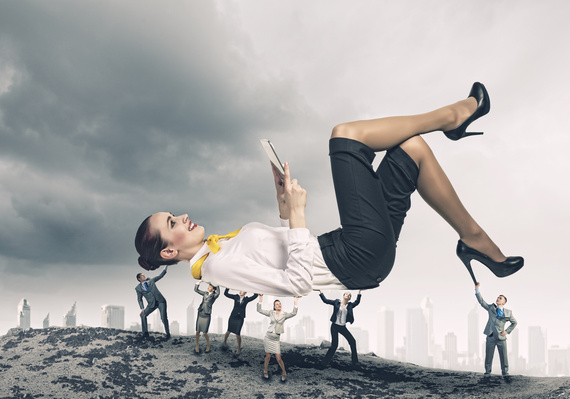 In the press, many are celebrating the word bossy, believing it to be a complement but it's not. It's not the same as being a respected leader of people. A bossy person will shout orders, a lot of the time for no other reason than to assert their authority and to show others who is BOSS. They don't care about others, they care only about their own ego and their ruling powers. People may obey but the bossy person will forever feel as though they are treading water as the people won't obey with a smile. They'll also never work on their own initiative for fearing of stepping away from the boss's plan.

A leader, in comparison, is someone who is chosen by the people as they have not needed to shout to have their voice heard. Over time they have gained the respect of their peers through considering others, delegating successfully and providing great results. They are trusted and respected and in turn trust and respect those who hang on their every word. This is a two way relationship. Being bossy isn't.