One moment, I was walking down the jetway at Chicago's O'Hare airport, lost in thought. The next moment, I was on the floor, sprawled on a rubber mat that was covering an irregular surface of the ramp. Unfortunately, the rubber mat had gotten wet and my boot had slid on it, bending my foot underneath me. 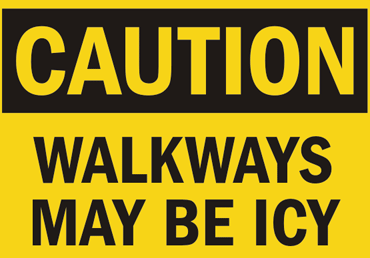 After I clumsily retrieved my bags, I got up and limped along with a broken toe, a torn boot, a bruised hip -- and a lot of anger as well. "They should have covered the floor with something less slippery!" I thought, remaining angry through the flight. It took a while before I remembered a corny, but very smart, wordplay that Michael Brown offers us in The Presence Process.

Brown explains that when we blame others, we disempower ourselves, accepting that we are a victim and the "powerless prey of others." I had to admit that Brown was right, as I clearly felt like a victim who had no part in causing the accident.

He goes on to say that when we blame others, we frequently react in ways that later make us feel guilt, regret or shame. Check, on this point, too. After later chastising an airline employee for the irresponsible placement of the rubber mat, I regretted what I had said. This man had no part in the event and didn't deserve to be treated badly. And continuing to blame someone else would have distracted me from placing greater attention on where I stepped, as I negotiated more wet and icy walkways. On the other hand, realizing that only I could keep myself safe gave me a sense of responsibility and powerfulness as I continued my trip through the frigid, snowy Midwest.

Knowing that we are only person we really have control over, it makes sense to stop blaming others and reclaim our responsibility to make a difference in our daily lives. I can guarantee that it feels a lot more powerful. And living with less of the resulting guilt, regret, and shame sounds like a terrific way to make our lives feel less stressful and more joyful. A broken toe seems like a pretty small price to pay for this important lesson.

More:
healthy livingMichael BrownfulfillmentMindfulness
Newsletter Sign Up
The essential guide to taking care of your mind and body
Subscribe to HuffPost’s wellness email
Successfully Subscribed!
Wellness delivered to your inbox