It was a book that literally changed my life. I was going through a difficult time in my personal life and a very dear friend handed me a book titled The Four Agreements by Don Miguel Ruiz. He told me it had changed his perspective on everything. I read it, and it did much the same for me. I highly recommend you read this book. 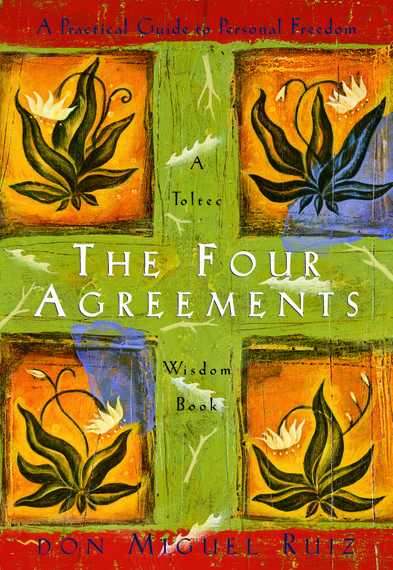 The Four Agreements is an easy read and the points it makes are not difficult to comprehend. A lot of it is basic common sense when you stop and think about it. If you follow these four basic agreements, it should simplify your life greatly. There are four basic messages in this book: do our best, be impeccable with our word, don't take anything personally, and don't assume anything. As the saying goes, if you assume, you make an ASS out of U and ME. 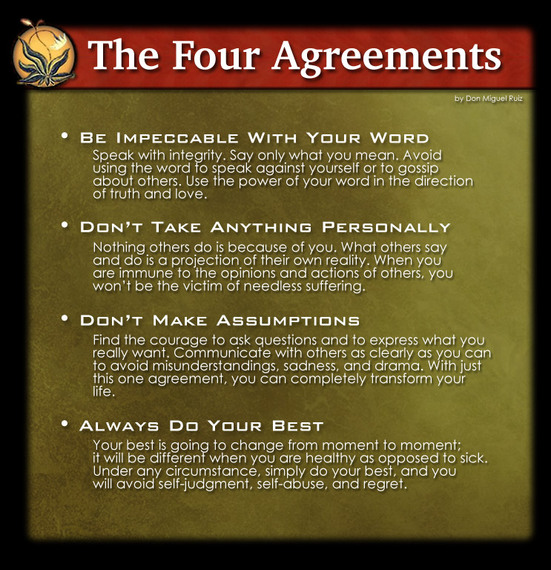 Never assuming works well in your personal life, especially in relationships. If something is bothering you, resist drawing conclusions. This should spare you a lot of unnecessary heartache and drama, especially with your partner. Assuming things, will leave you with all kinds of crazy ideas about what your partner is thinking or doing, which will be wrong at least 50 percent of the time. It's better to just ask.

I have found this same rule also applies in the philanthropic world. Making assumptions that a problem can't be fixed or tackling a problem with the lack of facts leads to either inaction or the wrong solutions.

A number of years ago, I had a very personal lesson in this when thinking about a particular social issue. A friend, who did a lot of social work in my hometown of Vancouver, Canada, pointed out that our beautiful city had the embarrassing reputation of hosting one of the worst homelessness problems in North America. In 2008, it was estimated that there were 3700 homeless people in Vancouver. I, like many of our citizens were well aware of the problem. One only needed to drive the streets of our downtown east side to see how desperate the situation was. But like many, I had made several assumptions about the nature of homelessness and drawn conclusions that it would be impossible to fix. Why? Mostly, because I didn't have a clue about who those people were and how they ended up on the streets. Let's admit it, we all do it. We make assumptions and conclude it's a problem of their own making.

At this point, my friend started to educate me and did me a great favor by suggesting I spend some time with a lady named Judy Graves. Saint Judy, in my books. Judy had spent her life monitoring and assisting Vancouver's homeless, eventually being hired by the city in an official role as "advocate for the homeless." I met with her and she invited me to join her for two nights, walking the streets to meet and talk to the homeless. We would meet at midnight at a downtown hamburger joint and then start walking street by street, alley by alley. She was amazing. She could find people everywhere -- in doorways, underneath buildings, park benches, you name it. Our walks would last until 5 a.m.

Her approach to start a conversation, would be to offer a cigarette and lite up one of her own. (I took up smoking for two nights). This approach seemed to put people at ease and talk more openly. What I learned those two nights was beyond eye-opening. There was a wide range of reasons these people were sleeping on the streets and very little had to do with lack of ambition. Mental illness and substance abuse, at times combined, represented around 80 percent of the underlying problem we encountered. Teens escaping from abusive households was another reason. These people either had nowhere else to go or were incapable of taking care of themselves without proper support. Why were they not in an affordable SRO? (SROs are single room occupancies, usually in a form of a hotel, purchased to preserve affordable housing for low-income people who are at risk of homelessness). Well, after hearing some of their stories I went to visit some of the residences that were available. To say some of these places were disgusting with filth and danger would not do the description justice. For many, it was safer and cleaner to sleep in the streets.

Through all the conversations, the one thing that resonated most with me was the human side of this issue. These were real people, with real life stories. We met one man, dressed in a blazer, wearing round horn-rimmed glasses that spoke so articulately, you could easily mistake him for a high school history teacher. He had fallen to substance abuse and lost everything. Some stories were heart-wrenching. One encounter that affected me greatly was a woman we came across in a doorway at 3 a.m. She was sobbing uncontrollably. We asked her what was wrong and she went on to tell us that her drug dealer boyfriend had just thrown her out, she had no money and she couldn't get a job as she had just been released from prison. And to top it off, she had just been diagnosed with stomach cancer. As she sobbed, she kept repeating, "I just don't want to live anymore." To this day, I still have trouble telling that story without having to pause and compose myself. This was a pivotal moment for me.

Armed with a basic understanding of the situation and a newfound connection to the human side of the issue, a group of us started the StreetoHome Foundation in 2008. The driving forces were a collaboration of the provincial government under Premier Gordon Campbell, along with NGO leaders combined with highly committed business leaders like John McLernon from the private sector. We felt that it was essential for the private sector to be actively involved if the strategy were to make a substantial difference.

We spent one year doing research on how other cities in North America tackled homelessness, often flying in the experts so that we could ask very detailed questions. We spent another year preparing a 10-year business plan which we launched in 2010. The City of Vancouver provided the sites at no cost, the provincial government provided the construction costs and operating funds for support services, and we raised $29 million from Vancouver's business community. We then collaborated with various existing nonprofit groups to manage these locations. This diverse group, all working together, gave us a greater chance for a long-term sustainable solution. This was a multi-layered solution that involved permanent housing with support services and preventive programs like our Rent Bank, which provided temporary emergency loans, allowing people to pay rent and utility bills. This collective effort has kept almost 2000 people off the streets in the past five years.

Our work is far from over and as we move forward, we are looking at preventative solutions, exit and transition strategies, employment programs, and interest-free loan options, all designed to take and keep people off the streets. Now, do I believe we will ever completely eradicate homelessness? No, but half way through our 10-year plan, I am convinced we are succeeding in making a significant improvement. We would not have been successful, had we not educated ourselves first. Had we tried to house this population without the in-depth knowledge of specific needs, as has been attempted previously, we surely would have failed.

Dear Rich People, when it comes to addressing the wrongs in society, don't assume anything, except to assume some responsibility to learn the facts. Ignorance is a choice. Most social issues can be solved once enough people come together to inform themselves and cooperate in finding solutions. And remember, that with every social problem, the ones that suffer are real people with life stories and dreams much like you and I. With that in mind, add a fifth agreement with yourself. Tap into your compassion, rather than look at problems as just fact-of-life statistics that we need to accept. And don't risk being an ass by assuming. Uncover the facts and be the light in enlightened instead. 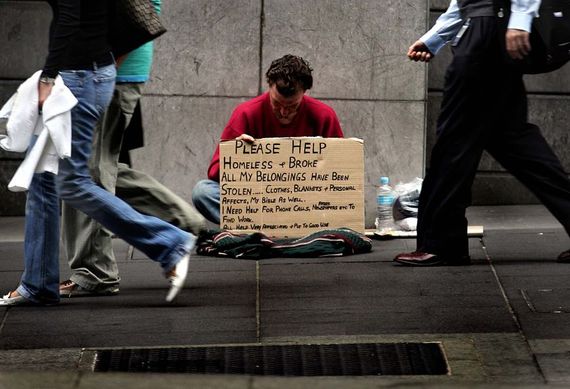