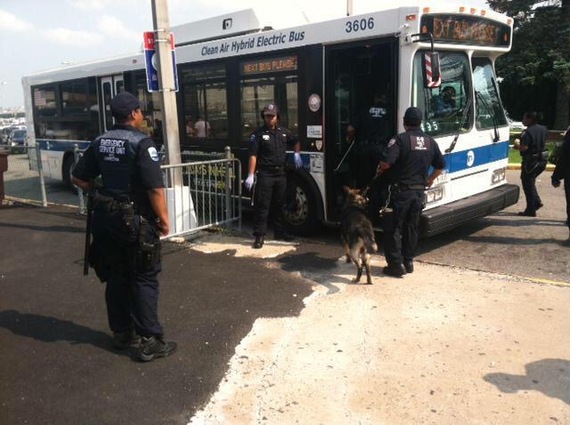 New York City is poised to push through new rules restricting visitors and packages to city jails that are likely to have significant negative consequences both inside the jails and for the families they will impact. In another serious blow to New York City's poor communities of color, in which the vast majority of people held in on bail they cannot post reside, the very people who could help detainees bear the trauma and difficulties of their circumstances will be seriously limited in their interactions with their family member, friend, fellow congregant, and neighbors. The new rules, proposed by Department of Correction (DOC) Commissioner Joseph Ponte, ostensibly as a part of his violence reduction plan, lack any data- or evidence-based support and appear unlikely to play a positive role in violence reduction. More likely, by further isolating incarcerated people from the social networks we know to be the most helpful prophylactic against crime, the rules could have the opposite effect.

As a public defender office, Brooklyn Defender Services' attorneys, social workers and jail liaisons have a front-row view of the extreme, in both number and severity, violence in City jails, such as those on Rikers Island. Our clients (those too poor to afford an attorney or bail) are regularly and traumatically victimized by violent encounters, whether those initiated by Corrections Officers or other detainees, themselves struggling because they cannot afford bail. According to the Board of Correction (BOC), an oversight panel, use of force is up 182.3 percent over the past five years; serious injuries to incarcerated people over the same period are up 68.4 percent.

Through the new rules, Mayor Bill de Blasio and Commissioner Ponte are seeking to protect the people who come into DOC's custody. Of course, we wholeheartedly agree with this goal. However, the new policy is based on faulty assumptions about how weapons and contraband actually arrive within the walls of Riker's Island and other jails. It will also significantly interfere with the trauma-reducing positive aspects of family visits.

Let's start with weapons. According to the Department of Correction's own data, from July 2014 through March 2015, 16 weapons were confiscated from visitors in a nine-month period in which there were close to 270,000 adult visits, each of whom was thoroughly searched before being allowed to enter the facility.

On the other hand, the City's Department of Investigation reported last year how easy and common it is for Correction Officers and civilian employees on Rikers Island to smuggle in weapons and other contraband.

Another contribution to the weaponry in jails is that when a stabbing or slashing occurs in City Jails, the DOC recovers the weapon less than 20 percent of the time, a shocking statistic considering the contained environment of a jail. That leaves the other 80 percent in circulation within the facility, a result that is directly related to negligent or intentional choices completely in the control of DOC. When a weapon is found, most have been re-purposed from materials readily available inside the jails. During 2014 DOC found just two weapons that were used in slashing or stabbing incidents that appeared to be smuggled in from the outside - neither of which was linked to family visits.

DOC's proposal will greatly restrict the more than 300,000 people who visit city jails in a given year, and there is no evidence that current screening procedures during family visits, which are extremely invasive, are not already sufficiently preventing weapons from being smuggled into the jails. Currently visitors pass through three screening checkpoints with metal detectors and pat frisks, women have to lift up their bras, and visitors have to partially pull down their pants. DOC's Emergency Service Unit and K-9 Unit conduct searches on NYC Buses and visitors arriving to Rikers Island by way of public transportation, often without explanation or warning.

DOC is already empowered to prevent visitors from seeing people in City jails, and to restrict people to no-touch visits in booths when there is evidence that one or the other party might be inclined toward wrong-doing. This plan would go further, authorizing DOC to conduct broad investigations of visitors, including criminal background checks, determining who is and who is not "family" and what type of relationship would constitute a close or intimate one. The department wants broader, more vaguely defined authority (with less oversight); DOC is seeking an end-run around due process. This wide discretion might lead to discrimination against people who have been incarcerated, to LGBTQI individuals or immigrants. The embarrassment or unwillingness to be subjected to this type of intrusion only because the guest wants to see a loved one, fellow congregant, friend, intimate partner, aunt, uncle, cousin, co-worker, teacher, student or neighbor will itself dissuade people from attempting to visit. The result of this surveillance, perhaps the intention, will inevitably lead to fewer visits. This is troubling because visits have been shown to reduce disciplinary infractions and create a more peaceful environment in jails. Visitors provide support and important community connections that help provide stability to individuals experiencing incarceration. These connections are essential to the detained person when he or she is released as well. They also provide an important safety and accountability role, allowing loved ones to check in on the health and well-being of incarcerated people - to ensure that they remain fit, and are benefiting from the services to which they are entitled, such as healthcare.

For those who do continue to visit, the DOC plans to further restrict physical contact. Family members will not be permitted to maintain prolonged embraces, with contact generally limited to hand-holding over a glass partition. Our clients have expressed various concerns about these changes particularly because the few moments that they are able to share with loved ones are often the only positive physical interactions they have during their incarceration. In 2013 the Department of Correction brought Sesame Street to Rikers Island to highlight the importance of maintaining familial connections between people incarcerated in City Jails and their loved ones. Apparently the excitement and utility of this successful focus on connections was not part of the creation of these new regulations.

The prohibitions on packages have already been implemented by DOC, despite the approval process for this authority being not yet complete. Some of our clients can no longer receive packages from their families - once considered lifelines to clean underwear, soap and other essentials not available cheaply in the jails. The new proposal would require all incoming packages to be purchased through pre-approved vendors, a costly option for our clients who are indigent by definition and an unnecessary expense for people who might readily have items at home to send. It may be hard to accept that DOC is motivated by the fees they collect from vendors, but such motivation is often behind this type of rule change. For example, it has been a long-standing issue that telephone calls from jails and prisons are restricted to collect calls using the most expensive provider available and that the provider pays for this monopoly. Recently some of our clients reported that DOC has confiscated much of their property, including jackets and sweaters - an untimely loss considering the season change. Coincidentally, shortly after the property removals, DOC started selling winter clothes at commissary. And stopped allowing outside packages. DOC has suggested that packages are no longer necessary because they have re-instituted the requirements for uniforms, a change that has brought with it a host of other problems.

The restrictions on visiting and packages are not supported by any evidence that suggests they will positively reduce the levels of violence in City jails. Lockdowns and early bed-times, other non-evidence based recent reforms meant to stem violence, have not had a positive impact either. DOC must get violence under control, but by scapegoating visitors the department is providing false hope that this is a solution while making the problems worse by fracturing the essential social ties of detainees. Hopefully the Board of Correction - the city agency tasked with setting the Minimum Standards for conditions in NYC's lockups - will take its independent mandate to heart and vote down this proposal. The Board, comprised of mayoral, city council and judicial appointees, will vote next month on the plan.