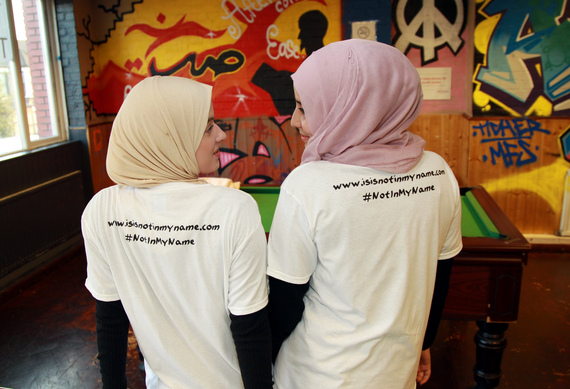 There's a very lucrative industry in the United States and other countries where writers, radio and television hosts, and politicians can spew out the provocative and controversial notion that "radical Islam" is at the heart of global instability. People have made a great deal of money and gained a great many votes by harping on the religiously inspired components of terrorism, the belief of "jihad" as a dark force that fuels groups like ISIL, and especially nowadays by linking multiculturalism to the spread of fanaticism in Europe and elsewhere. Of course, flawed interpretations of Islam exist and are manipulated; nobody can dispute this aspect of politics in the Middle East. However, don't blame multiculturalism, Islam, or the hundreds of millions of good, honest, and law-abiding Muslims for the heinous actions of terrorist groups. Instead, focus on the shortsighted, realpolitik, and often times absurdly hypocritical foreign policy decisions of everyone from Reagan to Obama, the flawed policies of many Arab governments, in addition to the ignorance of European governments pertaining to the real causes of religious fundamentalism.

Fox and Friends will never in a million years bring up the time in 1997 that the Taliban visited Texas, or George Bush dancing with the Saudi King, or Ronald Reagan giving hundreds of millions of dollars to the Taliban's predecessors, the Mujahidin.

Replaying beheading videos is a lot easier than mentioning we give billions to unsavory regimes and even Islamic radicals if it suits us economically, militarily, or politically. Better to focus on the "sleeper cell" next door than ask why we're constantly fighting wars in the Middle East, or how oil plays a role in our military endeavors, or why Donald Rumsfeld once shook hands with this guy. When national security is at stake, or short term interests are pursued, we've never been worried about working closely with religiously inspired guerrilla groups. It's important to remember the words of Ronald Reagan about Afghanistan's "freedom fighters" (fighting in the name of Islam) ridding their country of Soviets:

So, too, in Afghanistan, the freedom fighters are the key to peace. We support the Mujahidin. There can be no settlement unless all Soviet troops are removed and the Afghan people are allowed genuine self-determination. I have made my views on this matter known to Mr. Gorbachev. But not just Nicaragua or Afghanistan--yes, everywhere we see a swelling freedom tide across the world: freedom fighters rising up in Cambodia and Angola, fighting and dying for the same democratic liberties we hold sacred. Their cause is our cause: freedom.

... that another generation of Americans has protected and passed on lovingly this place called America, this shining city on a hill, this government of, by, and for the people.

Yes, the famous "city on a hill" speech lauded by Sarah Palin and conservative barroom brawlers everywhere contained the words "We support the Mujahidin." What a difference 20-plus years makes in the GOP. Mujahidin, by the way, means "person who wages jihad," so all it took was the Cold War to change what we now consider a terrorist into someone Ronald Reagan funded with hundreds of millions of dollars and weapons. Also, that "freedom tide" mentioned by Reagan everywhere from Nicaragua to Angola had guerrilla groups that committed atrocities, often times with weapons and aid we sent them.

Yes, ISIL and similar groups are evil, but these evil organizations utilize our impulsiveness to communicate a message to impressionable followers that the West is not only the enemy, but an enemy that willingly funds corrupt regimes or "freedom fighters" if it suits national interest. Multiculturalism of this sort does far more to radicalize extremists in Egypt, or other nations, than wishing someone "Happy Ramadan" or "Eid Mubarak." Also, multiculturalism of this sort ignores the fact that some have stated, "Saudi Arabia created the monster that is Salafi terrorism."

There's a reason you'll never hear about the volumes of Amnesty International, Human Rights Watch, and other human rights organization reports documenting and condemning abuses within Middle Eastern societies, and especially within the prisons that breed Islamic fundamentalism.

It won't make good television, or get people angry or afraid, and it certainly won't make anyone vote for a politician. Also, we fund some of the governments committing these abuses.

However, human rights abuses in the Middle East correlate directly to extremism and prisons are breeding grounds for terrorists. It's no coincidence that many of ISIL's top members were radicalized in Syrian prisons and a 2012 Human Rights Watch report details what prisoners endure in Syria's detention centers:

Interrogators, guards, and officers used a broad range of torture methods, including prolonged beatings, often with objects such as batons and wires, holding the detainees in painful stress positions for prolonged periods of time, often with the use of specially devised equipment, the use of electricity, burning with car battery acid, sexual assault and humiliation, the pulling of fingernails, and mock execution. Altogether Human Rights Watch documented more than 20 different methods of torture used in Syria's archipelago of torture centers.

One former Syrian prisoner explains that prisoners who weren't originally jihadists became terrorists since, "My jail was an academy for radical Salafist fighters."

Another former prisoner, a Syrian blogger, explains how these prisons led to the creation of ISIL:

"The situation in there was like the middle ages. There were too many people and not enough space. There wasn't enough water to drink. There wasn't enough food to eat and what there was would have been ignored by dogs in the street. Torture was an everyday reality. After years in there, all of those people became Salafists and in a bad, bad way."

His fellow prisoners were members of ISIS. "Abu Muhammad al-Joulani, (founder of the Jihadist group, Jabhat al-Jabhat al-Nusra) was rumored to be there. Mohammed Haydar Zammar, (one of the organisers of the 9/11 attacks) was there. This is where the Syrian part of ISIS was born," he said.

Prisons in Egypt, Pakistan, Iraq, Afghanistan, Saudi Arabia, and Syria are notorious for human rights abuses and it is these abuses, not multiculturalism, that make groups like ISIL so barbaric. You'll never hear Michelle Malkin, Anne Coulter, Sean Hannity, or Bill O'Reilly (or a British PM or American president) talk about prison and judicial reform in the Middle East, but this issue is far more relevant to the scourge of terrorism than multiculturalism or repeating the phrase "radical Islam" an infinite number of times.

Sadly, the Muslim voices who speak out against ISIL and terror are for some reason always drowned out by the rightwing pundits and politicians of the world.

A recent Newsweek article highlights how Britain's Muslim community spoke out against ISIL and terror:

Britain's 12 largest mosques announced on Wednesday they "condemn" the actions of militant group Islamic State today, telling Newsweek the group is "un-Islamic to the core."

"Leading Islamic centres condemn the inexcusable actions of the group calling itself "Islamic State" (IS), and the indefensible murders of James Foley and Steven Sotloff. We hope that any other hostages who may be held by IS will be released unharmed," the statement reads "We urge our youth not to contemplate going to Iraq or Syria to join IS or any similar groups that spread violence and hatred, nor to give them any kind of support whatsoever."

How many times have you heard people ask why Muslims don't speak out against terror? Well, they do, but nobody pays attention. Now ask yourself why Nigel Farage, like many conservative politicians in the United States, isn't publicizing the fact that Muslim communities around the world have denounced ISIL; or why Mr. Farage and others never publicize this Huffington Post blog, explaining how Muslims have spoken out against Christian persecution, anti-Semitism, and ISIS atrocities.

Finally, the demagoguery of Muslims by people who offer xenophobic rhetoric and diatribes pontificating against terrorism inevitably hurts communities like the Sikh American community and others.

When Bill O'Reilly chastises someone for "looking Muslim" because of a beard, this ignorance turns into prejudice and hate crimes against even non-Muslims. SALDEF's Jasjit Singh explains in an eloquent Huffington Post piece his experience with such rhetoric by stating,

"These comments -- for a national television audience -- demonize not just the Sikh American community -- a visible minority that is easily identified by their articles of faith, turbans and beards -- but also Muslims, Hindus, and other communities in our nation... They have fostered a climate of fear and hostility, which has threatened the safety and liberty of millions of Americans -- Sikh, Muslim and otherwise."

Yes, religious extremism within Islam is a serious issue that motivates terrorist groups to commit atrocities, but a plethora of more relevant reasons explain why ISIL has rampaged throughout Syria and Iraq. America's biggest weapon against Islamic extremism is its own Muslim community; the 2.6 million Muslims in the U.S. who love this country enough to live here, pay taxes, abide by laws, and create flourishing communities and thriving businesses. The day Fox News and others focus more on Ronald Reagan funding jihadists in Afghanistan or the fact we've propped up or supported dictators in the Middle East (in addition to our often times bizarre foreign policy decisions) we'll be a lot better off than erasing the "scourge" of multiculturalism. Or, people around the world can just focus on the strength and courage of Malala Yousafzai and see the real face of Islam. People like Anne Coulter or Laura Ingram can talk tough about Muslim extremism, but a Muslim woman named Malala Yousafzai faced death at the hands of the Taliban, survived, and still works to bring human rights to the women of her country, so you tell me who's the stronger advocate of freedom and democracy.