These myths are commonplace, perpetuated by misinformation in mainstream media, whispers in support groups, rants in online forums and jerks in the comments. They are the norm of what genderqueer represents in people's minds. I've read one too many articles — especially by transgender people — claiming that those who are genderqueer do not experience the same troubles as trans men and trans women.

So I want to set the record straight. 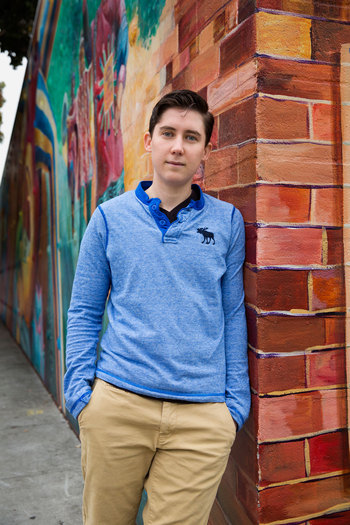 They are simply trying to figure out how to be themselves in a world that does not acknowledge anything outside of these two rigid categories.

They experience social dysphoria from hearing a heavily gendered name, or a pronoun that essentially announces their genitals to everyone within earshot. They battle pasts fraught with fighting against what was expected of them, without words to proclaim otherwise.

They experience physical dysphoria about their body parts. They undergo expensive medical treatments to align the image in the mirror with the one in their minds. They jump through legal hoops to correct what they feel is a marker that doesn't represent them. Even if the result still doesn't reflect who they are, it's better than doing nothing.

Yet, even the slice of young folk who are crossing gender lines solely in the way they dress, in their haircuts and make up and accessories, are an integral part of the genderqueer community. For the first time in modern history, people feel a sense of freedom; we've created a space safe enough where they can explore gender. By being visible in their exploration and vocal in their pushing, they expand that freedom to others. This type of scrutiny over gender axioms is the sort of shakedown society needs.

All of us are helping tear down notions of what gender looks like, what gender should be, what gender really is. Some genderqueer people may just be having a good time, being the cool kids for once; or, they may not yet fully understand their gender identity — trans or not — and the freedom to explore gender outwardly is a critical step towards that discovery.

Our communities have developed in such a way that genderqueer exists simultaneously as an expression and as an identity, except only one of these representations evokes a dictionary lookup in people's minds. Once genderqueer is pigeon-holed as simply outward appearance, genderqueer the identity is being dismissed for everyone.

Both concepts are important, yet present intersecting challenges based on the singular needs of each: free expression, support for transition, the validity of self-identity. The difficulty in trying to nail down a specific vocabulary lies in that most of these terms have different meanings depending on who you ask, partly because they are so new, partly because we only have a handful of words to describe infinitely individualized notions of gender. It may take a few years before these words coalesce into a shared definition, before genderqueer refers to a gender identity — a deep-rooted sense of self, on par with man or woman — rather than dismissed as a teenage trend.

In the meantime, I'm careful not to refute someone's experience based on what they look like on the outside. I'm careful to grant them this freedom to explore and figure things out about themselves, a freedom most us regretfully never received as youth, and many others never will.

My hope in educating trans folk — and their families, their friends, their allies, their doctors, their teachers and dog walkers and hair stylists — about genderqueer identities is to expand the framework with which everyone thinks about Gender.