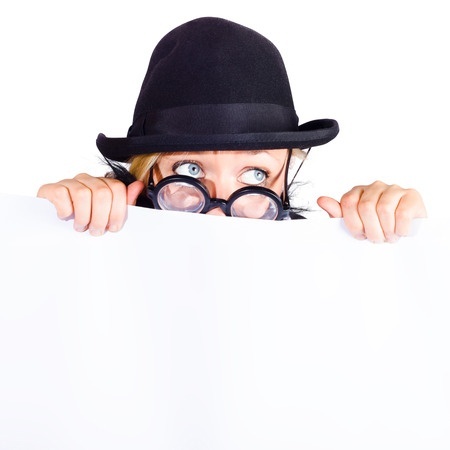 Recently, I gave a talk to a group of female academic leaders, explaining how my research demonstrates that successful executive women "round off the edges" of stereotypically male behaviors expected of leaders so that they can avoid the labels of being too "brusque", "pushy" and "overbearing." In short, they temper their leadership behaviors with some stereotypically female traits.

For some, this was a difficult message to hear; and quite frankly, at first it was a difficult one for me too. One woman in the audience said she didn't think that she should have to adapt to some feminine norm. She wants to be authentic; be herself. What she apparently heard was that women have to conform, stay in line, be one way. I think she thought "Stepford Wives." I leapt from the stage to the conference hall floor to facilitate a lively dialogue that began with whether women have to adapt, and just how and how much they needed to "show" their feminine qualities, and then spiraled down into talking about whether one wears a skirt or pants and why. The group had a spectrum of differing opinions, but it was clear that femininity was something that was uncomfortable to embrace in the context of their professional roles.

But nothing beats the vehemently negative reaction I got from a young colleague when I told her the story of one female CEO. Her offence? She distributed sodas to her colleagues and the executives from another company sitting around the negotiation table since it was a hot day. Her welcoming actions engendered their respect and set a positive tone that helped everyone through a tough meeting. It was just one example of many I gathered about how successful women leaders engage people and are nurturing, characteristics that are typically viewed as feminine. My young colleague said it was a message that I shouldn't put out there. "We don't believe masculinity and femininity matter anymore." (I think the "we" was to assert herself as part of a younger generation; unlike me.) She went on to say, "I don't think women should be told that to be successful they have to go get coffee for people." What? Who said anything about how successful women need to fetch coffee (or sodas)? I was talking about leaders being empathetic. "You are reinforcing negative stereotypes." Again, what she apparently heard was that women have to be in a stereotype strait jacket. And a subservient one at that. Yikes!

In conversations with some colleagues, I've heard resistance to calling these tempered leadership characteristics feminine. "They aren't "feminine," they are traits of collaborative leadership." They want to excise the notion of female qualities all together.

So in addition to a fear of having to adapt and adhere to a female stereotype there is another issue embedded in these negative reactions. There appears to be an implicit assumption that feminine is bad... or at least, not good.

I well remember early in my career as a scientist trying to make myself "gender neutral" to "fit in" and be credible and professional, "one of the guys." But that was in the 80's! Have we not come further in accepting that bringing your feminine self to the table is not inconsistent with credibility, professionalism or power? Are we still shunning femininity?

We certainly are when it comes to politics. There have been comments in this presidential election, as well as the one in 2008, about women not having what it takes to be Commander-in-Chief, not having "enough testosterone." We easily can combine the idea of "man" and "power," primarily because that is how we have traditionally thought of power, being commanding, showing aggression. So considering a woman for the job is a true test of our conception of and attitudes about femininity. Can we see feminine qualities for what they are, strengths, not weaknesses?

Women, and men, need to move beyond diminishing feminine behaviors. Nurturing does not mean subservience; empathy does not mean over-emotionalism; inclusiveness does not mean lack of independence. These feminine qualities are what organizations need in their leaders, both female and male. And, indeed, research shows that these are the qualities that are so effective among women who lead.

Carol Vallone Mitchell, Ph. D. is the author of the new book "Breaking Through "Bitch" - How Women Can Shatter Stereotypes and Lead Fearlessly" and cofounder of Talent Strategy Partners.
Image attribution: Copyright: