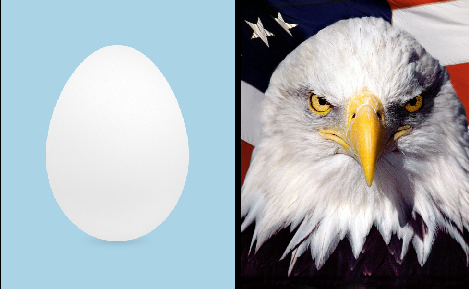 If you've spent any time online you've seen them. They barge into every discussion about racial issues like belligerent drunks in a bar, arrogance emanating from them like a stench, armed with statistics "proving" that Blacks are the most violent ethnic group on earth, shouting ignorance at the top of their lungs and daring anybody to challenge them. Any attempt to engage them in logical debate will result in them parroting right-wing talking points, and if you get the upper hand in an argument, they will almost surely respond with racial slurs before vanishing back into the ether of the Internet like klansmen after a raid.

The race troll is one of the nastier lifeforms spawned by the Internet and for a group that's so disdainful of Black culture, they have an unhealthy obsession with it. They leave hateful comments on popular rap videos on YouTube, they make racial slurs against President Obama almost instinctively, and no news story comment section about Black issues is complete without their opinions. If you express outrage at police brutality, they call you Al Sharpton. If you mention America's history of racism and ongoing discrimination, you're told you need to "get over it" and to stop "playing the race card." They're the online equivalent of Westboro Baptist Church, uninvited, unwelcome, and only interested in spreading negativity wherever they go. I try my best not to engage with them but sometimes they will roll up in the midst of an online conversation to say something hateful and before I know it, I've spent an hour going back and forth with a bigot who only wants to be Twitter famous and leave you angry and annoyed.

Being an overt racist is social and professional suicide and the relative anonymity of the web has given bigots a safe place to vent their hate speech. Some of them are people looking for attention anyway they can get it, but I suspect that taken as a whole, they represent a silent, hidden majority, an ugly underworld of racism and belief in white supremacy lurking just beneath the surface of American society. It's very telling that so many trolls use American flag and eagle avatars to hide behind. A lot of them seem to see themselves as "freedom fighters", using the Internet as a battlefield in a crusade to restore a bygone America when the voice of the white male was the voice of god, women never advanced beyond the Mad Men era, and people of color had no authority over anything beyond a mop.

These are the people who donated over a quarter of a million dollars to Darren Wilson's GoFundMe page in less than a month. In their world, every police killing is justified, every Black person arrested or shot is guilty. And it's deeper than insults. San Francisco is in the process of firing several police officers who traded racist and homophobic messages with each other. Ferguson has a history of public officials making racist jokes from beat cops all the way up to the city council and racist messages by officers on an NYPD blog have recently come to light. When lack of respect is ingrained in people with the power of life and death over the people they disrespect, tragedies happen.

America is becoming darker every year. If current population trends continue, people of color will be the majority in the United States in about two decades. For the white supremacist, that coming reality is a nightmare and maybe that's the real motivation for internet race trolls: fear. The fear that the browning of America means that they will have to listen to a rising chorus of voices other than their own and that eventually, they will be drowned out.

In the end, race trolling is about insecurity disguised as patriotism and using racist, Bell Curve style junk science to prop up an unsupported superiority complex. It would be laughable, if the consequences of that mentality being taken out into the world weren't so deadly.