More than 1,000 people joined a massive protest against fracking in Albany, N.Y., this Monday afternoon. After a rally at Corning Preserve Riverside Park, the crowd marched to the capitol and delivered a pledge to resist fracking in New York that has been signed by over 3,000 people. 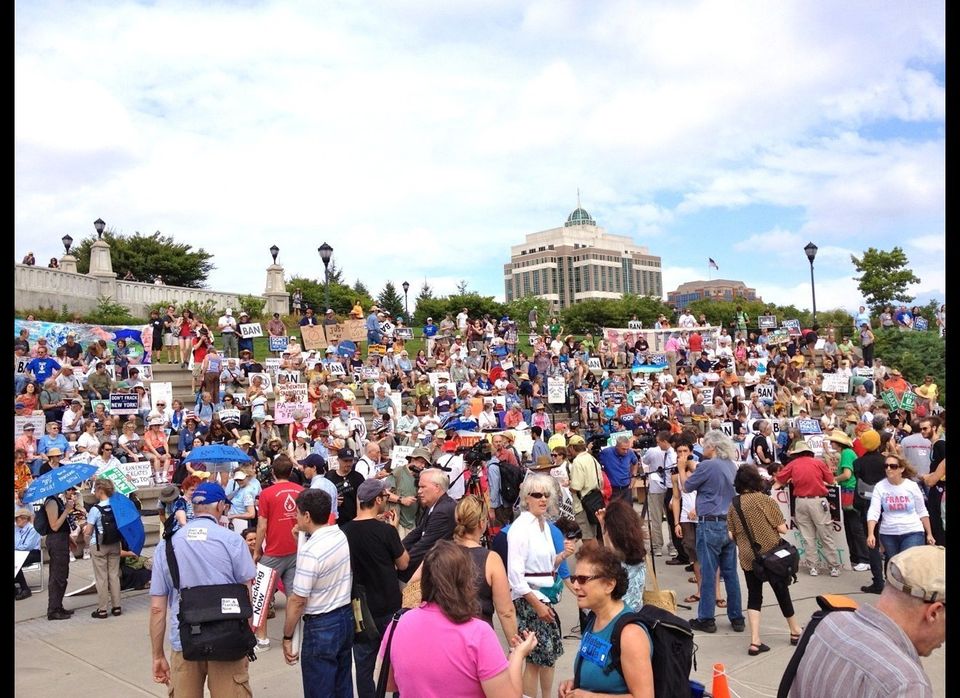 1 / 6
Rally at Riverside Park
Over 1,000 people joined a massive protest against fracking in Albany, NY this Monday afternoon.