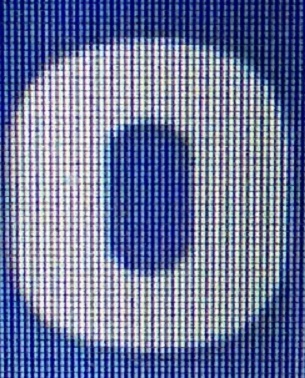 It is April of 2015. The next presidential election will be held on November 8th, 2016. That is over 550 days away, yet here is my Facebook status from last Saturday:

So someone I briefly worked with years ago and her friends I've never even met are bitching at me on FB about someone I cannot vote for in an election that doesn't happen for a year and a half. In other words...my 1st Facebook de-friending of the 2016 Presidential Election just happened!!!

The rise of social media has created unprecedented ways to give voters access to information, and I think this is fantastic. Unfortunately, social media has also created a soapbox for tedious loudmouths and insufferable bullies to yell, whine, and attempt to hijack peoples' election process. If there is one thing we learned from the 2012 Presidential election, it is to not engage with these fools, because life is too short. It is not only a no-win scenario but a complete waste of time. I consider the Facebook political rant a degradation of our election process. While I don't think it's as deep a degradation as Citizen's United or some other issues, I do consider Facebook harangues to be a needless debasement of many peoples' personal voting experiences. So here's my suggestion for the 2016 Presidential Election...shut down these pointless windbags! People do not need some friend-of-a-friend, a virtual stranger (literally), shouting at them about what to think. It's time to classify the unsolicited Facebook political tirade as what it really is; pollution.

Back in more innocent days, when social media were newer in our lives, presidential elections turned Facebook into a frenzied haterboard, pitting faux-friends against each other in the shallowest and most insignificant ways. Stranger turned against stranger in the new, unreal forum of social media. Our collective excuse back then was that we didn't know any better because we were still getting used to social media. In 2012, I personally had some creep whom I'd never met make sexual comments about my infant daughter because he disagreed with my choice of presidential candidate. I had to block some people but that was in October, right before the election. I hate to hammer the point, but right now it is April of 2015 and the election is a year and a half away, which makes this current flare-up pathetic.

I made a simple comment in response to someone's Facebook status update. I casually remarked that I think it's too early in the process to make ultimatums to candidates who have barely yet begun to campaign. Three days later, I was still being notified on Facebook that I'd been mentioned (angrily) in comment after comment on this thread. This is when the sad memories of hostile rancor from our previous two Presidential elections came flooding back.

How many people who threatened to leave the country if Obama or Romney were elected actually left the country? Turns out that was an almost entirely empty threat, but gosh, those people sure sounded extra-committed.

My disinterest in engaging with the Facebook spewers is not, as they claim screaming in all caps, because I cannot think of one argument to rebut their brilliant assertions. It is actually because I do not know them, and I have no idea who they are. Frankly, words cannot adequately describe how much I don't give a shit about what they think of presidential candidates, or about anything at all. This is due to the fact that the only thing I do know about them is they're the type of person who will pick a fight with a complete stranger on Facebook, thinking it will accomplish something, and then continue to harass the stranger for three days straight. With teens, this behavior is often referred to as Internet bullying. With adults, there is no word for it yet...other than pathetic.

Facebook is every frustrated politico's big chance to be more liberal than their leftiest friends or more conservative than their staunchest Republican acquaintances...to be the "most" of something. Yet these loudmouths are all missing the bigger picture, that they're never going to change anyone's mind about anything. It's all hot air. If someone feels an unquenchable urge to announce that Marco Rubio will end the need for climate change discussion with a stronger economy, or if they truly believe Bill Clinton was the most successful Republican President of all time, hence his wife will be even worse (my personal favorite - I don't even know where to start with that one), they will find the audience for their pronouncements decreased by at least one person. Let the Facebook blocking begin!

Here's how voting works for me: I make up my own mind about how to vote, and nothing that anyone says on social media will change this. If I'm curious about what you think, I will ask you. I'm not shy about that. Most of all, any long-winded political comment made on Facebook more than a year before the election is flagrant to the point of being comical.

On the flip side, I don't think that all discussion of the presidential race should be removed from Facebook. I think if people want to post a status about who they like and why they like them, that's great. As soon as it gets negative or starts to show signs of spew, then it's over. Likewise, if the spewers need to post repeatedly, often for many days in a row, especially to someone who isn't arguing back, then they're gone. Spouting about politics on my Facebook timeline is not a right, it's a privilege. I don't care who you're friends with, or how I know them, I will still block you. Hell, I'll block them too if they let this nonsense continue for too long. Because you probably don't know any more about your chosen topic of spew than I do, but you're choosing to behave in a way that negates your entire point of view. So bye! My Facebook experience doesn't need to include your ugly rancor. Go back to the election of 2012 and spew there.

We can make this happen.

Tell Facebook ranters to STFU because they have zero effect on your decision-making process. If they argue, set them free. Unfriend them, block them, cut them loose forever. You can do it. They're not worth it, and neither is seeing their tedious toxic sludge on your social media. Keep your election experience positive. Seek out the information that interests you. Never listen to someone who presents their opinion as facts, or to someone who presents anything in a hostile or insulting manner. And frankly, don't bother with any of this until it's within a year of Election Day, at the very least.