Jerking isn't a joke and they know it.

Unfortunately for the South Dakota office of Highway Safety, some people think their new safe-driving campaign around the slogan "don't jerk and drive" was a bad idea. 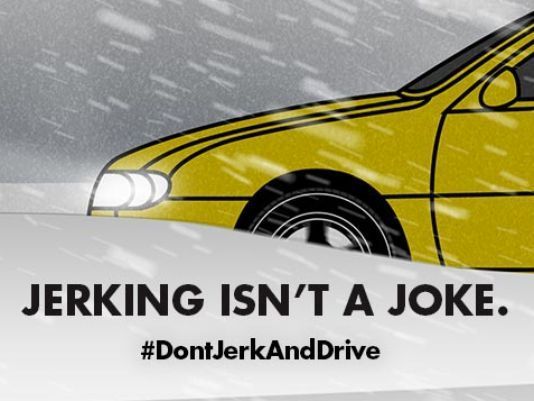 "I decided to pull the ad," Trevor Jones, the secretary of the Department of Public Safety said in a statement obtained by the Argus Leader. "This is an important safety message and I don't want this innuendo to distract from our goal to save lives on the road."

One of the critics, according to the paper, was state Rep. Mike Verchio who planned to ask the department what it was thinking before the TV commercials and social media promotions were yanked.

The Highway Safety office insists the double entendre was intentionally inserted to get people's attention.

In icy conditions, drivers should avoid the urge to jerk the steering wheel, an ad for the campaign shown above says.

"Resist the urge to jerk the steering wheel. Over correcting only creates more chaos," the narrator says. "Besides, nobody likes a jerker."