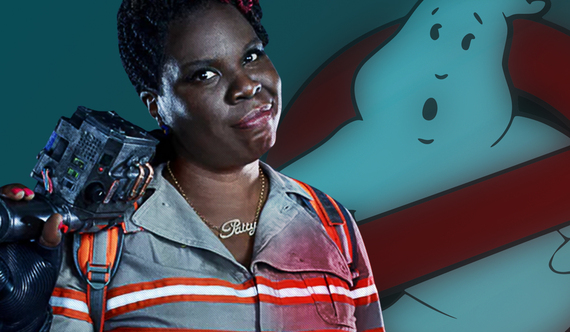 Remember your first house? It may have been a bit rust, that one stair constantly creaked when you ran up and down and your mom yelled at you from the kitchen for causing all that ruckus. It needed work, sure, but it was your house and it was damn near perfect. It's the imperfections that made the house what it was. The little flaws that made it ideal. That made it yours. Now, remember the first time you had sex. Amazing, right? Probably one of the best times of your life. Top five even one might say, or down the list of however many more times you've had it since.

Nostalgia is great for reminding you of your rose-colored past without drudging up the unnecessary baggage that may taint the memories. It dulls the edges and blurs the past just enough for it to seem perfect. That's why many refer to a "simpler time" while being nostalgic, when in reality they just sound like their grandparents veering off sharply on one of the "back in my day rants." No one really cares that milk cost a nickel when there was wide-spread civil rights violations, but that's what we do, we latch on to the good memories and discard the bad ones en mass.

Your old house? You parents probably got tired of fixing it all the time and selling it was the happiest moment of their lives. I don't mean to say that the memories made inside it were worthless, but as a place, it was not as good as you imagined. The first time you had sex? I'm not going to argue with the end result, because it was probably still pretty good. But everything leading up to it, all five minutes (2:31), probably a sweaty mess of fumbling, excuses and interloping limbs in the least graceful manner imaginable. That's the thing about nostalgia, it's selective memory that makes your past experiences more pleasant to relive, otherwise what's the point of remembering.

The original Ghostbusters was a perfect accident in many ways. It was an experiment that wasn't supposed to work quite as well as it did and most certainly wasn't supposed to be considered a classic years and years later. We can give some of that to Bill Murray's cultural cache, but even in the embarrassment of riches that is his filmography, Ghostbusters stands out. Plus, giving all of the credit to a man who once willingly did Garfield is insulting to other names sick as Dan Aykroyd, Harold Ramis, Ernie Hudson, Sigourney Weaver and the director Ivan Reitman. An intersection of horror and comedy, a diverse cast that was basically like sprinkling magic dust over your screenplay, it was all new. Both the movie and the performances had to be perfectly nuanced to pull this off and to this day it remains the miracle that they did.

You need to leave all of that behind when you walk through the theater doors to see this new Ghostbusters. The movie certainly did. Sure, almost all of the original cast make cameos (which are spot-on, if you ask me), and the movie does it's best to draw inspiration from the most memorable tidbits of the original, but it is it's own. It's not as much a reboot as it is a standalone endeavor into the world of the paranormal and plot wise it has nothing to do with the two originals (except that it suffers from the Force Awakens/Joseph Campbell malady of being the exact same fucking movie). 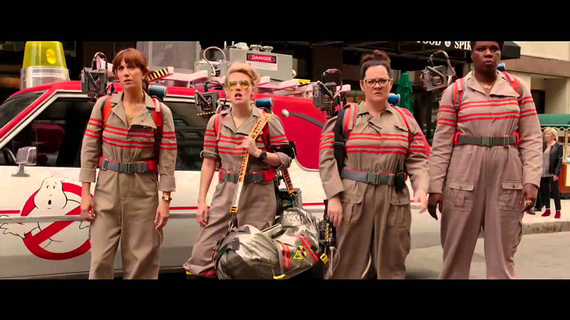 Walking straight through the door you can expect measured performances and good humor that is both perfectly timed on delivery and perfectly balanced between cheap laughs and longer, more thought out jests. Comedy is all about timing. You don't want to joke about death at a funeral (unless you're from my family and you attack grief with copious amounts of crude humor and alcohol, a venomous combination). One of the criticisms I saw going in is that this new movie tried to re-purpose all of the humor from the last one. That is not the case. The same gags wouldn't work 20 years apart, the ones that happened to be the exception did and were briefly included.

The movie itself does a good job to balance an all female cast, with Kate McKinnon the easy standout. Not because she is necessarily in the league of her own, she is just given much more to do with her character than the rest. Leslie Jones absolutely nails her role deserving all of the praise for being able to reign in her default loud, louder, loudest SNL schtick. Could her character have been given a better origin, distant from the original movie? Yes, there was space there for a fourth scientist, but that is an issue more of the original movie plot tread than anything else. There is definitely a clear issue of race in Hollywood, but this is not the movie to pin that argument in. When Jones takes center stage, she owns it with aplomb.

McCarthy and Wiig are the straight foils to the two more ambitious characters and while Kristen Wiig is as always sensational (my celebrity crush, full disclosure) it is nice to see McCarthy simmer down from her regular, obnoxious self. I say obnoxious because I have many personal and deep rooted issues with her over-the-top act in most movies and seeing her go from a 100 to 0 for the duration of Ghostbusters is a pleasant surprise and a notable display of range. Chris Hemsworth nails his role as well and I never thought I'd laugh quite as much at his jokes.

Beat by beat, this is the blueprint summer movie. You can lay it over the top of the original Ghostbusters and see no deviation from the formula. It hits all of the notes when it needs to hit them without going off into a Slash-ian solo performance at any point. The cameos and the guest stars fill out an already well balanced stream of dialogue and comedy to make this a laughing moment through and through. Will it have the cultural resonance of the original? Not really, we'll probably forget about it five years down the road. As it stands however, it is the better of films you can see this summer and is a summer movie by the book of movie law. Enjoyable, funny, visually encapsulating and not too taxing on the thinking box.

Sidenote 1: A magnum feminist opus this is not. I don't want to undersell the significance of an all female ensemble cast in what can loosely be classified as an action movie, but it doesn't move the needle on the issue beyond that. There is no larger conversation about women in movies that needs to be hand and the impact doesn't quite stretch as far as Sandra Bullock vying for a role specifically meant for George Clooney. In fact, the movie sometimes devolves from this message (Wiig and Hemsworth scenes in particular). It is a strong statement indeed, but it gets trounced by solid performances form a cast we've come to expect and perhaps even wears thin on the message throughout the movie, afraid that if left to speak for itself (without explicit dialogue mentions) it will die out (it will not).

Sidenote 2: The internet is not unlike the Mos Eisley spaceport. It is a wretched hive of scum and villainy and nowhere is it represented as much as Twitter. Having an opinion automatically makes everyone a lightning rod for the alternative right and the egg avatars. While I require the platform for self promotion, I try to keep the denizens of the lower circles of Twitter hell as far away from me as possible. Preferably behind bullet-proof glass. So it's not surprising that a group of imbeciles and low-level cretins (who most likely had an issue with an all female cast) found issue with Leslie Jones, spamming her Twitter with unfiltered bile. There is a larger conversation to be hand here about Twitter and its rules around user abuse and what they're willing to do about it (so far, nothing) and it's a conversation for a different article. For my part I want to say, Leslie Jones is absolutely amazing in the movie, owning every scene.