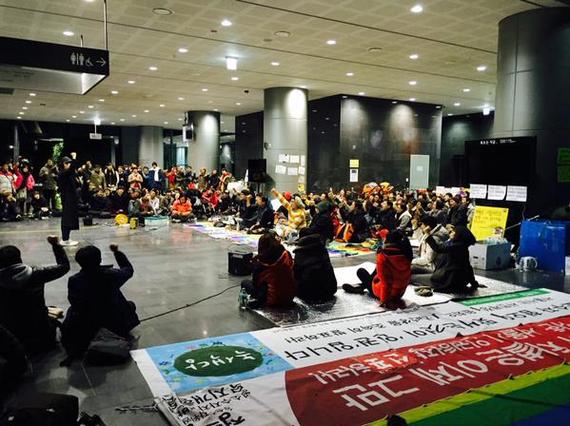 Seoul's Mayor Won-soon Park is one of 26 finalists to be soon considered for the 2014 World Mayor Prize organized annually by the City Mayors Foundation.

This prestigious honor is bestowed upon a mayor who has exemplified the foundation's Code of Ethics, including a commitment to not discriminate against LGBT individuals or groups.

But it has become increasingly apparent the mayor of one of the world's largest cities no longer seems to qualify for this international recognition.

As mayor, Mr. Park halted the enactment of Seoul's Charter of Human Rights for the city's upcoming observance of Human Rights Day. Why? The Charter included a provision stating support for non-discrimination on the basis of sexual orientation and gender identity.

The Charter was drafted and voted on by a committee of 134 citizens and 30 human rights experts. Yet Seoul's mayor objected to the inclusive provision and went on to condemn LGBT people as a result of pressure from an anti-LGBT coalition of Korean churches.

As an overseas Korean, it's difficult to watch a once progressive leader denounce the very principles he previously stood for.

For more than 30 years, Mr. Park dedicated his life to democracy, human rights law and progressive grassroots activism. He was one of the founders of People's Solidarity for Participatory Democracy (참여연대), a prominent South Korean organization that tackles government corruption, promotes human rights and champions citizen involvement in government.

Mr. Park was also appointed to the Truth and Reconciliation Commission, a South Korean government body designed to investigate and reveal the country's human rights violations.

In a 2013 interview with global affairs magazine Monocle, Mr. Park said, "As an activist, I used to feel that bureaucracy had been corrupted by a culture of non-transparency. I think transparency and accountability are the most important agenda in our society and in our times."

But Mr. Park has allowed the discriminatory views of the majority to dictate Seoul's municipal affairs.

In October on a visit to San Francisco, Mr. Park publicly expressed his desire to make South Korea the first Asian country to legalize same-sex marriage. Yet his support quickly fizzled out when a group of South Korean churches attacked his stance.

Now, the mayor has allowed the very same majority to obstruct the adoption of an inclusive Human Rights Charter for one of the world's largest cities. The same group of anti-LGBT churches were allowed to violently protest at a hearing for the LGBT- inclusive Charter.

The recent actions by Mayor Park and his administration go against what South Korea has already come out in support of on the international stage.

In September, South Korea joined a majority of member states at the United Nations (UN) Human Rights Council that voted in favor of and adopted a resolution against anti-LGBT violence and discrimination. The resolution made the inherent connections between human rights, sexual orientation and gender identity.

UN Secretary-General and former South Korean Foreign Minister, Ban Ki-moon has been an outspoken champion for LGBT rights. During his time at the UN, he has made it clear that LGBT rights are human rights.

In 2012, the Secretary-General stated to the UN Human Rights Council in a video:

"Some say that sexual orientation and gender identity is a sensitive subject. I understand. Like many of my generation, I did not grow up talking about these issues. But I learned to speak out because lives are at stake. And because it is our duty under the United Nations Charter and the Universal Declaration of Human Rights to protect the rights of everyone everywhere."

Since coming into office, Mr. Park and his administration have pursued an agenda of improving social welfare, job creation and community development. Ask any of the LGBT organizations in South Korea and they will tell you: LGBT people are at significant risk for discrimination and violence. By excluding sexual orientation and gender identity from Seoul's Charter of Human Rights, the municipal government will only widen the very gaps it seeks to bridge.

The mayor doesn't have to go far to hear from the community. LGBT activists are camped out at Seoul's City Hall calling on him to meet with them.

I hope these LGBT activists remind Mayor Won-soon Park of his own roots in activism and why he was elected Seoul's mayor. Otherwise Mr. Park will have lost much more than winning an international award. He will have lost his life-long pursuit of a more free and just society for all.

Send a message urging Seoul's Mayor Won-Soon Park to only put forth an LGBT-inclusive Charter of Human Rights and observe his duty to protect LGBT people from violence and discrimination. Email Mr. Park at wonsoon@seoul.go.kr or send a tweet to @wonsoonpark. 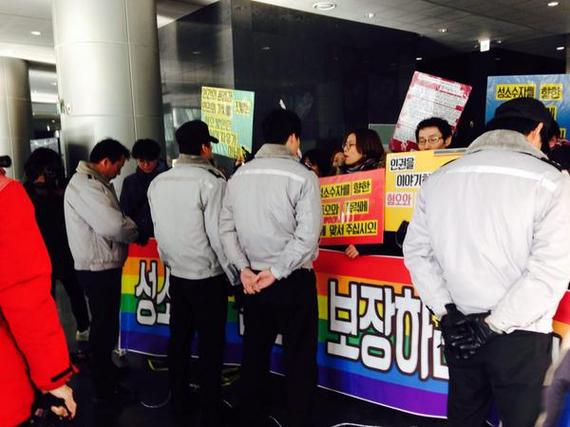