On the first morning of my Esalen mindfulness retreats, in order to demonstrate the inaccuracy of perception and fallibility of the human mind, I cite the classic study "Lottery Winners and Accidents Victims," Derren Brown's "Personality Reading," and the below Thatcher Effect: 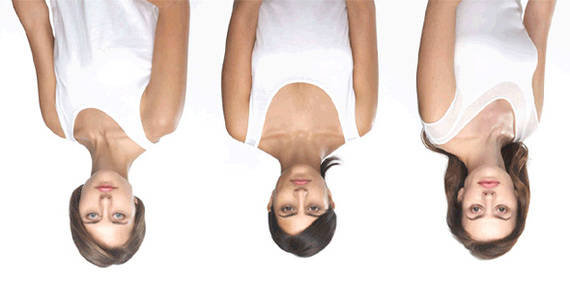 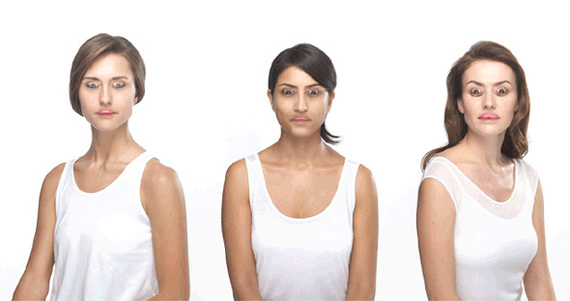 I am still trying to figure out Derren Brown's illusion of predicting the winning lottery numbers. I believe it has to do with manipulating the ink on the ping-pong balls but I am probably deceived. However, Mister Brown's acting is so convincing that he makes Uri Geller look like Keanu Reeves.

Derren Brown's mind-boggling deceptions display a profound knowledge of psychology; his ability to casually influence people into believing the hitherto incomprehensible is uncanny. And it is because of Derren Brown's captivating insights that I revisited the work of his predecessor, The Amazing Randi.

This week a stunningly beautiful, brilliant and poignant new documentary about James Randi comes out and it is as riveting as any narrative film I have ever seen. "An Honest Liar: Truth and Deception in the Life of James 'The Amazing' Randi" paints a luscious portrait of James Randi and a fascinating history of the crusades that he has waged in the name of honesty - as well as two provocative discrepancies in his personal life.

Sometimes truth is stranger than fiction.

And sometimes revealing untruths is even stranger than anything you can wrap your mind around.

James Randi is a vigilante. He is exceptionally bright, gifted, articulate, audacious and relentless in a quest for truth that often consists of denouncing psychics/magicians who fall below his moral barometer. He feels that taking advantage of the limitations of consciousness as entertainment is perfectly acceptable; however, taking advantage of the limitations of consciousness to scam people for financial gain or trying to pass it off as "science" is utterly abhorrent. 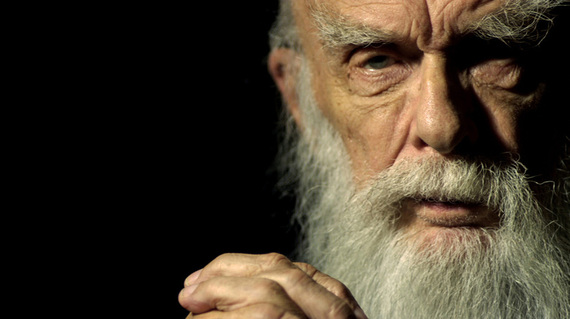 Although I spent the summer of 1996 at the Rhine Research Institute at Duke University studying parapsychology (with many of the experts quoted in the film), I have always maintained that trying to measure spiritual, mystical and paranormal phenomena through the lens of science is like trying to measure milk with a ruler.

For example, if you understand the history of meditation and how it works then you would not need to waste millions of dollars putting monks in MRI machines to monitor their brainwaves. The brain is the hardware; the mind is the software. Meditation was designed and devised to transcend or tame the mind and it is highly effective. This may correlate with the plasticity of brain states, but as I previously stated when discussing my fellow purveyors of meditation, nobody has unequivocally proven definitive causality between the mind and brain. The brain is the white material inside your skull but where is your mind located? In your body? In your head? Closer to your heart? Or possibly somewhat lower in the case of teenagers?

"Facts" are infinite and scientists (especially economists) can mold them to rise to support whatever theories they propose. There is a great deal of bad science that many people choose to believe simply because it fits into their own already established personal belief systems, not because it accurately maps the territory. The old joke about the drunk losing his keys on the road but searching for them under the lamp "because that is where the light is" is funny because it is true. People believe what they need to believe and in the same breath deny that they HAVE CHOSEN those beliefs.

James Randi devised elaborate hoaxes over many years to prove that renowned scientists could be easily fooled by magicians into thinking that such gimmicks as psychokinesis (supposedly moving or influencing objects with one's mind) were real and not optical illusions.

For four decades Randi took particular umbrage with master showman Uri Geller and publicly implored him in his book "The Truth About Uri Geller" and on multiple television appearances to stop referring to himself as a psychic. His main disgust was at the money wasted by lauded institutions such as Stanford University investigating illusionists such as Gellar. In the end, it is Uri Geller who sells fake diamonds on QVC while James Randi's Million Dollar Paranormal Challenge remains intact.

As Shakespeare writes in "The Merchant of Venice," "The truth will out" (the truth will be revealed, prevail) and in this great film it is a pure joy to watch James Randi calmly debunk charlatans.

Lastly - not one to resist occasionally putting out a fire with gasoline - please allow me to offer to whichever scientists are currently searching for genes that correlate with Jewish males in the early 1970s flocking to Asia to study Buddhist meditation to take note that both master illusionists Derren Brown and James Randi happen to be homosexualists. So does that mean that there is some correlation between growing up gay and being able to deceive? Would any sane person go so far as to ascribe causality in one direction or the other? Or is it just a coincidence? Or illusory?

Go see the film and decide for yourself. 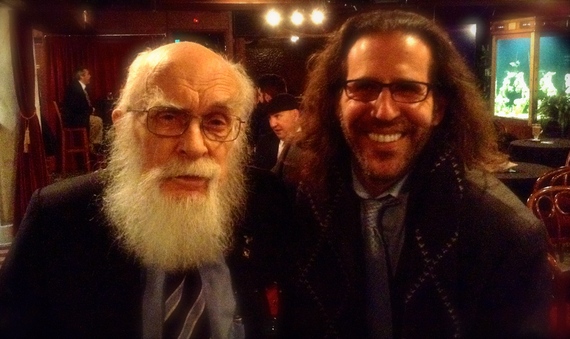