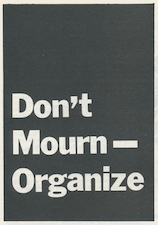 Don't mourn Bernie Sanders loss in the Democratic primary. It was neither the death nor a setback for a progressive movement. In fact, his success is the most hopeful sign in decades. And hope is far more productive than despair. If progressives go on to organize and vote strategically to increase the likelihood of further success it is just the beginning. That means not staying home. That means voting for Clinton who could be President and not Jill Stein who cannot.

The rise of Donald Trump as a viable candidate for President of the United States can be traced to many strategic political choices, not the least of which was the decades-long Republican embrace of racism and social conservatism as tools to divide working people in order to protect and advance the interests and privileges of the wealthy. However, there is plenty of blame to share with centrist Democrats who abandoned explicit advocacy for integration and interracial struggle for social and economic justice, while embracing deregulation and policies, such as market-driven education reform. Whenever I hear Democrats recite the phrase, "Everyone deserves a fair shot at the middle class if they work hard and play by the rules," I wince. It evokes contemptuous Republican rhetoric implying that some folks (Them) want a free ride and accepts that there will always be a bottom from which crawl and claw. It ignores the growing inability of working people to enjoy the middle-class life they came to believe was their right.

However, this a uniquely dangerous time. Sometimes, that means uncomfortable strategic alliances. Sanders' endorsement of Clinton is such a strategic alliance. It is not betrayal or capitulation. It's a smart reading of the political environment.

For many decades opposition has been divided. A unified grassroots movement has not emerged from the necessary long slog of local organizing. For all that time, many have pointed to the need for a progressive third party. However, that will not happen in 2016 or after if the effort starts with elections and certainly not at the presidential level. While the right coalesced, framed the debates, changed people's minds, and elected folks at every level, progressives remained divided across various particular causes.

In the 2000 presidential election, Ralph Nader represented the Green Party's challenge to two-party politics as usual. But his candidacy did not follow the long, hard work of building a locally based unified, coherent movement to change how people think and identify. It was not the culmination of progressive election successes to town, county, and states offices. He never had a real chance of being elected President. He never had a real chance of getting enough votes to represent a credible national alternative. His was an ego candidacy, not a movement candidacy. However, he drew enough votes away from Gore in Florida and New Hampshire to elect George W. Bush.

Arguably, the unnecessary bloody Iraq war and its terrorist aftermath, the appointment of two very conservative Supreme Court judges, undermining environmental regulation, and No Child Left Behind were among the results. Instead of fighting for what we want, progressives have had to fight against what we deplore. 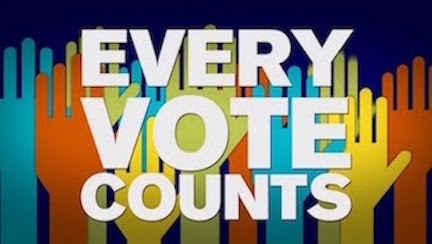 Al Gore represented the Centrist wing of the Democrats. So does Barack Obama. So does Hillary Clinton. However, Gore was not then, nor is Hillary now, a climate change denier. Clinton would not appoint Supreme Court Justice who would overturn Roe v. Wade or the Voting Rights Act or support Citizen United. Clinton would not greenlight racial hatred and violence.

I have deep fundamental disagreements with Clinton, but she would not spew divisive hatred or threaten basic constitutional rights.

The potential for effective organizing for social justice is far greater under a centrist Democrat president than with an authoritarian demagogue who encourages the suspension of citizens' moral judgment and reason.

Progressives cannot risk a consequential vote in presumably "safe states" in a close election. Any apparent pre-election polling success of Jill Stein in theoretically safe states may encourage voters in swing states to vote for a third party and throw the election to Trump. Complacency based on pre-election polling is also too great a gamble.

Sanders made a strategic decision to run as a Democrat rather than a third-party democratic-socialist. The attention that he then drew and the appeal of his message helped energize a fledgling movement. The frankly unexpected strength of his candidacy gave some hope (maybe naively) that he could pull off an upset win. As expected, the Democratic establishment fought back. That is what they do. However, none of that is a justification for risking the unimaginable setback of electing Trump.

Many doubt that Clinton will turn her back on her corporate allies and instead support a progressive agenda. Look back at history. I don't know that it would have been possible to predict that FDR or LBJ would have supported the needs of workers or minorities. Johnson was a southern Democrat from Texas and a world-class political manipulator. The nation made advances under Roosevelt and Johnson, not because they were inherently decent or honest. Both did things that were not. They supported progressive legislation because the labor and civil rights movements exerted organized pressure for even more substantive changes. However, they were susceptible to pressure, whereas their Republican opponents were not. That can happen again. So, progressives do not need to trust Clinton to vote for her. We need to trust and invest in movement building. We need to know that Trump hates dissent and will do whatever he can to suppress movement building and unity. 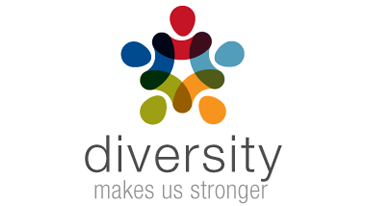 Clinton's campaign slogan "Stronger Together" is an insufficient antidote to Trump's racist, innuendo-laden, backward-looking "Make American Great Again." It should be the more explicit, "Diversity Makes Us Stronger."

Don't give up.
Keep the pressure up. Go home and organize.