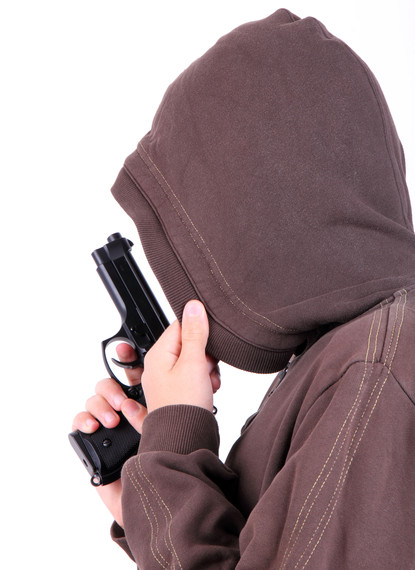 In my opinion, it's time for the media and law enforcement officials to agree not to name the alleged or convicted shooters involved in mass killings. Deny them the notoriety they crave and maybe prevent future copycat killers. I suggest that any mass killer be identified as Asshole Murderer.

According to University of Alabama criminologist Adam Lankford, fame is revered as an end unto itself. "Some mass shooters succumb to terrible delusions of grandeur and seek fame and glory through killing," he was quoted in an article in The Los Angeles Times.

He noted that Eric Harris and Dylan Klebold, the perpetrators of the April 1999 shootings at Columbine High School, both illustrate and feed such delusions. They both sought fame and gained infamy by their actions, and their example has been cited as inspiration by school shooters since, in Germany, Argentina, Finland and Canada.

Adam Lanza is famous for his horrific crime of murdering 20 children and six adults at Sandy Hook Elementary School in Newtown, Connecticut. Can anyone beyond the town name even one of the victims?

During his trial, the media continued to show the distorted face of James Holmes. He was found guilty of killing 12 people and injuring 58 others in the Century 16 movie theater in Aurora, Colorado. Why do we need to see his face or hear his name? Lock him away and focus on the names and lives of those who were murdered.

Right now, we don't know much about the young man who entered a classroom today at Umpqua Community College in Roseburg, Oregon, and systematically murdered 10 students and injured several others. Let's keep it that way. Initial reports say that he posted a warning on social media. Only a sick, evil person would premeditate and publicize such a horrendous act. He is not worthy of having an identity. He is nothing.

I'll leave it to the mental health professionals and other officials to assess and create programs to identify and treat mentally ill people. And, I refuse to engage in the no-win gun control debate. Thousands of shootings occur in gun-free zones. Chicago, Illinois, for example, has tough gun-control laws yet there have been 2,326 shooting victims in Chicago so far this year. Murderers don't obey the law.

For now, don't read or repeat the names of the murderers. Remove their wicked memory from humanity. Instead, send condolences and prayers to the victims and families of today's senseless tragedy.