From climate change to Zika to ISIS, it can seem like there are more global challenges than there are people (which is a lot). Clearly, there is no need to create imaginary problems. Yet some "talking heads" and politicians, seem panicked about declining birth rates in countries like Japan, South Korea, Italy, Spain, Germany, and the United States. Really, this is no cause for stress.

Our new book, The Good Crisis, discusses why we needn't worry about declining birth rates. (It's available as a free download here.) Here are a few points to get you started. 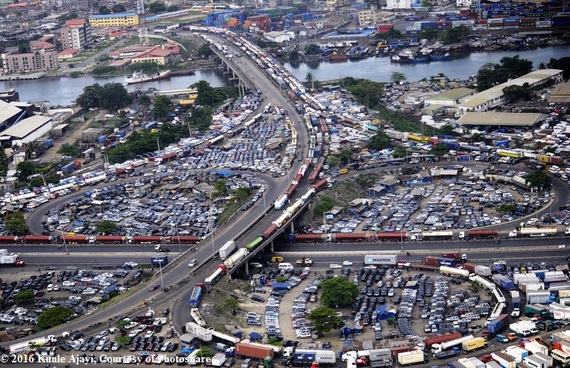 Long queue of fuel tanker trucks waiting to fill up in Lagos, Nigeria.

While industrialized countries have seen a decline in birth rates, the world continues to add some 83 million people each year. By 2100 our planet will be inhabited by 11.2 billion people, according to the latest UN projections. This rapid growth has real consequences for all of us, especially in heavily populated urban areas in the developing world.

As our population continues to grow, access to food and clean water decreases and CO2 emissions and fossil fuel consumption increase. The decrease in birth rates in some parts of the world is no reason for alarm. In fact, voluntary population stabilization would help solve some of the worst problems we now face.

Here in the U.S., funding for Social Security and Medicare ultimately depend on our national productivity. Innovation, increased access to quality education and health care, job sharing opportunities, and many other factors can contribute to productivity. By acting wisely, we can cover future retirement costs.

Slower population growth or even decline doesn't necessarily have an adverse effect on the number of dependents per working person. In 1960, Japan had 56 dependents for every 100 working age people. By 2010, it was virtually unchanged at 57 dependents. In Germany, it went up slightly during that half-century from 48 to 52. These are small shifts of no great consequence. Note also that the U.S. dependency ratio improved greatly during this same period from 67 to just 50.

The economy is not suffering as a result of declining birth rates. Despite lower birth rates, the GDP in the developing world has continued to grow. In fact, economic challenges tend to be greater for countries with rapid population growth than those with declining birth rates. Countries like Niger and Haiti, which are among the least developed nations with low income levels, have high birth rates. On the other hand, studies from around the world suggest that increased opportunities for economic empowerment, innovation and leadership, especially for women and marginalized communities, increases productivity, while decreasing economic and social inequality.

So instead of worrying about some imaginary people shortage, let's work to improve the quality of life for people everywhere while preserving our planet.