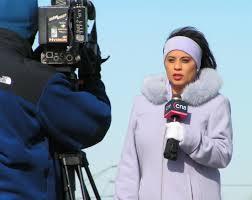 The barrier separating public relations and journalism is no more, caput, outta here. However, neither is dying. Rather, they have combined their strengths. We are in the golden age where those trained as publicists are filling the seats of journalists and vice versa. It's time to stop holding onto the past conceptions of journalism and public relations and let the new form of the press fully emerge.

Most influential of all changes affecting the golden age of press is the rising prominence and importance of what the "advertising industry commonly refers to it as content marketing, brands disintermediating news professionals by writing and distributing thought leadership content. It's one of the most quietly talked about areas in the media industry today, ultimately destined to shake up 100 years of journalism," according to James DVorkin, Chief Product Manager of Forbes Media. This is especially the case in the United States. However, this trend can be seen across the globe in countries where digital journalism proliferates. The rise of content marketing has led many company generated articles to become the most viewed articles on media platforms.

The Rise of Digital Media

Since the invention of the printing press in 1450, the printed word until recently was the dominant form of textual communication. Now, with the invention of the World Wide Web and the increased availability of computers to the masses, digital journalism has both grown in number and in accessibility. Digital text maintains several advantages over printed text -- first and foremost, immediacy of publishing.

In "Plight of Contemporary Journalism: Risking Accuracy for Immediacy" by Tamara Grominsky, Team Lead of the social media department of the Yellow Pages, "the Internet has thrown everything out the door and has forever changed the way society disseminates its news. In the world of social media, where everything operates in real-time and things can change in the blink of an eye, immediacy is key."

The Emergence of the 24 Hour News Cycle

"You can get exactly the news you're looking for faster online. So why watch cable news?" states Garth Sundem, Science Channel and Psychology Today Contributor, of How Stuff Works. News is no longer incremental in which it was once released on schedules like daily, biweekly, biannually, etcetera. In today's world where immediacy is prized over accuracy, consumers are no longer willing to wait on set release dates to receive news. Rather, news is considered more time pertinent than ever -- consumers want and are able to access news immediately after reporting occurs. As a result, publications are altering their releasing strategies. While still maintaining publications released weekly and monthly, they now accompany those news releases with smaller releases accessible on non-print platforms like computers and recently, tablets and phones. Today, the digital is a welcomed part of the press and will surely grow rather than fade in time.

New Platforms: the Smart Phone and the Tablet

The focus on news platforms to deliver news has led to changes in the way news is relayed. Those who spend time on the internet are not like those who read news on print. Even when looking at the same consumer, the way news is approached differs depending on the platform. "Today, people read text on ever-smaller screens, including tablets, smartphones and e-readers like the Kindle, making reading even more difficult. Web-usability research also shows that users tend to skim or scan content, especially when they first visit a website. For all these reasons, text has to be presented differently online."

While long stories and features may prove successful for print magazines, digital news must be short and to the point, because handheld digital devices can only hold so much on the screen. Consumers will not scroll down on the screens of their devices indefinitely. Instead stories must be covered in a few swipes of the screen.

In order to accommodate shorter text, pictures and videos have become an increasingly important means of delivering news and information. The use of video content is rapidly increasing with Mobile First Entertainment, a video app producing firm, facilitating the integration of video into companies' larger press offerings. The visual format upon which news is presented is more pictorial than ever. "Thanks to increasing media publications, including newspapers, journals, magazines etc and not to mention the evolution of web journalism, of late there is a demand for quality photographers."

Despite the demand for more photo-journalists, this trend is not seen amongst other journalists. On the contrary, "the financial challenges of the journalism industry have resulted in significant declines in the number of employed reporters, editors, anchors and photographers."

The Failing Monetization of Journalism

"The 'crisis' faced by the media industry does not arise from audiences turning away from journalism. The audience is here, and it's growing. Instead, the crisis is about how to monetize content in the new digital environment, and it is a challenge for existing and new media alike. "

The Opening of Insular Publications

The Growing Power of the Press Release

Journalists today are stressed for time. Consequently, they become increasingly dependent on press releases to provide pre-packaged information, quotations, and contacts to be utilized for a story. Journalists are so stressed for time that the entire format of press releases has drastically changed within the last ten to fifteen years. Many journalists unable to find time to vet credibility and suitability of sources provided in press releases now perform some simple edits to a press release before publishing it under their associated publication, thereby granting legitimacy through the reputation of the publication to information that may be invalid and is almost always skewed to interests of the company that the press release sending publicist represents.

Journalism and public relations despite their differences in ethics and goals have merged to form a near perfect union. According to Eric Shmidt, Executive Chairman of Google, "more content is being created in 48 hours than what was produced from the beginning of time until 2003." The importance of content marketing in PR makes the desire for good story tellers higher than ever before, allowing journalists to more easily transition into PR. At the same time, publications are opening doors for guest contributors in turn allowing publicists to more easily transition into journalism.

The rise of the digital age is allowing for information to emerge more rapidly, while the growing use of new technology -- smart phones and tablets -- is allowing people to access this information almost instantaneously. While the digital age has eroded the monetization mechanism of journalism, who is to say that journalism can't overcome this hurdle? After all, there has been a greater change to media in the last 20 years than in last 500. Perhaps it is time for people to stop worrying about the future of journalism and instead let it expand into a new form.