Words. According to the Oxford Dictionaries website, there are 10s of thousands, if not hundreds of thousands, of words in the English language. And yet the pervasive nature of social media has made it so that person-to-person conversations don't take place and rather tenuously crafted social circles communicate online via a series of images, abbreviated terms, and hashtags to help them sort through the clutter and make sense of it all. But why is that important? Well, because words fail me, today and they may continue to do so for some time.

I'll share a secret I've kept to myself, which might explain my pensive nature: the morning following the U.S. Supreme Court's majority rulings striking down #DOMA and California's venomous Prop 8, I found out that my ex-fiancé got engaged.

Yes, you read that correctly.

But how did I find out? Well, to be honest, one of my best friends was informed of the engagement through Facebook and subsequently messaged me via mobile to know if I was up to date. Now, I know what you're thinking and if it sounds reminiscent of the childhood game, "telephone," that's because it's not too far off. But this isn't make-believe and digital word-of-mouth is our contemporary equivalent to scripture.

Let's start at the beginning. Several years ago I was engaged and in a relationship that was catalogued both on and offline for friends and family to share in. Photos, itineraries of trips, declarations of love and all sorts of now pointed reminders roamed the "inter-webs" as evidence of our real-life multinational Baz Luhrmann-inspired romance. But when the relationship soured and our commitment was dissolved, my instinct was to discontinue being friends with my ex on social media. "It'll ease the transition," I thought vs "creeping" or staking my ex like 67 percent of respondents from a recent study. Well, that would have been true but only if my social circle hadn't crossed into an online affair over the last three years with my ex, but that's another post in the making.

In an article for New York Magazine from this weekend, Maureen O'Connor noted that the "social media generation never really breaks up." Who's she telling? The "permanently present" exes, as she calls them, are on unsolicited life support through the digital traces that permeate our online selves and social circles. For those seeking quick fixes, Killswitch promises to make breaking up "suck less" by removing traces of your ex on Facebook. But that's akin to a rum and coke when you're been craving a dirty martini, right? Besides I've only just been informed, by a (different) good friend, that my ex notes via Facebook that the honeymoon this weekend is going swell (yippee!). I'm actually quite amazed at the efficiency with which non-breaking news and events are communicated across social circles when face-to-face conversations have failed. 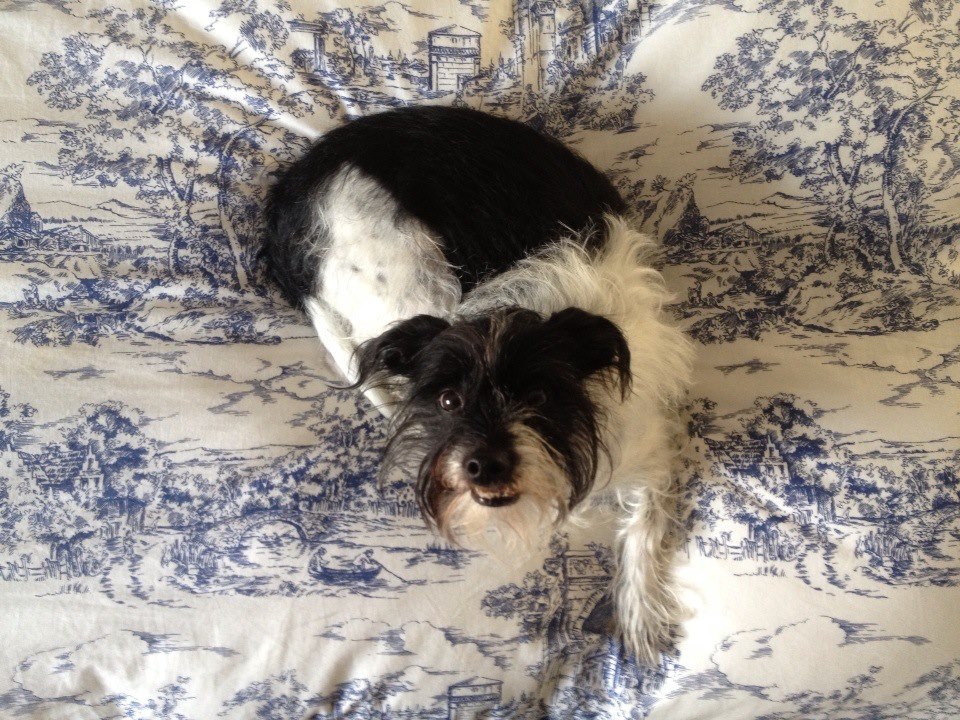 Reason dictates that the SCOTUS rulings now enable me, if and when I find 'the' illusive 'one,' to live in a state (New York) that recognizes my civil rights where I'm able to nurture a life-long relationship with dog*, 2.5 kids AND (lone-)white picket fence. Forgive me while I skip the cumbaya portion of this tragically American "dream."

The reality is that I wouldn't take back the years I devoted to my ex-fiancé but I wouldn't sign up for them again. The growth I experienced, the love that we shared, and the terabytes of digital (manure) memories we created all add up to a defining period in my relatively Internet-aged life. However, unlike technology, sentiment cannot be upgraded or successfully manipulated without consequence and so: I'm confounded that a meaningful real life connection merited a circuitous social delivery mechanism to communicate what is otherwise a joyous and well-deserved occasion.

*I currently share the most magnificent rescue dog with my ex-fiancé, named Theo.