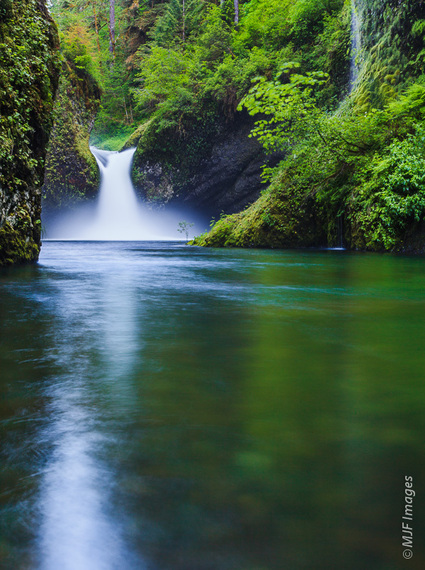 It's mystifying, but the debate over the U.S. Environmental Protection Agency's proposal to restore Clean Water Act protections to 60 percent of the nation's rivers and streams has centered mostly on ditches.

That played out last week in Congress, when the House passed a bill, H.R. 5078, to block EPA's proposed clean water rule.

The rule isn't about ditches. But if it isn't, what is it about, and why are the opponents so worked up over it?

Here's what the polluters don't what you to know: it's all about our rivers.

Americans care about our rivers, from the Hudson to the Mississippi to the Colorado. We fish in them, swim in them, paddle in them. They're where we take our kids to summer camp. They provide us with drinking water.

When our rivers were catching on fire 40 years ago, Congress passed the Clean Water Act with overwhelming support to restore and protect them.

But practically from the get-go, developers, oil companies, factory farms, and other polluters tried to poke holes in the law. They filed lawsuit after lawsuit to press their case, focusing not so much on our beloved rivers, and more on the lesser known wetlands and streams linked to them.

They found their winner with John Rapanos. The Michigan developer, in spite of a cease-and-desist letter from the state's environmental agency, paved over 22 acres of wetlands to build a strip mall, and took his case all the way to the Supreme Court. In 2006, the divided Justices took his side.

Their ruling created a gaping loophole in Clean Water Act that has left 2 million miles of headwaters and streams and 20 million acres of wetlands without guaranteed protection for nearly a decade.

This isn't just a hypothetical. In the past several years, federal officials have let hundreds of polluters off the hook because these smaller waters are in legal limbo. When Chevron dumped thousands of gallons of crude into a creek that ultimately flows into the Brazos River in Texas, the company got off without even a fine. In Connecticut, when citizens sued to protect wetlands that filter the Farmington River a federal court ruled they had no case.

That's why for years, clean water advocates and throngs of others, from mayors and farmers to hunters and anglers, have been advocating closure of this loophole. At last, in March, the EPA proposed a rule to restore protections to the rivers and streams that help provide clean drinking water to 117 million Americans. The proposal has already drawn broad support from hundreds of thousands of citizens, more than 1,000 local elected officials, small businesses and farmers.

It will protect the mountain headwaters that coal-mining companies bury in toxic waste, and the streams over which power companies build dangerous coal ash ponds.

It will protect the wetlands through which the oil and gas industry has run thousands of miles of pipelines in Louisiana, and the wetlands that developers like Rapanos want to drain and fill for strip malls.

It will protect the network of streams that feed into iconic waterways like the embattled Chesapeake Bay, where corporate agribusinesses produce 100 million pounds of chicken manure each year.

It will protect all the waters draining into drinking water sources like Lake Erie, where pollution-induced algae contaminated drinking water for nearly half a million people in metro Toledo last month.

These next few months are critical for getting these restored protections across the finish line. The House having just had its say, we must now defend our waters against attacks in the Senate. Meanwhile, Americans will have the chance to make their voices heard during a public comment period until at least mid-October. So this fall, I will join with the oil companies, the developers, and other polluters on at least one message to all of you: don't think of a clean river.