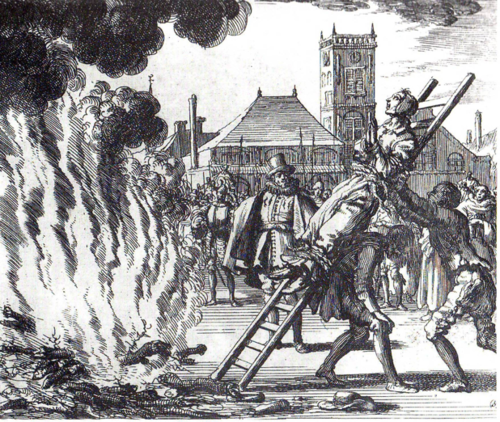 Much has been written and uttered recently bemoaning incivility in our civic discourse. Yet there often is more than a hint of inauthenticity to these utterances. While stated neutrally such moans almost always are directed at the behavior or speech of our adversaries not ourselves.

That's a sly trick. I call it weaponizing civility. Both left and right do it.

The left has been merrily demonizing Donald Trump for incivility. It often does so with words at least as virulent as those it condemns.

Michael Tomasky, a center-left columnist who I greater admire, referred to Trump in the headline of a recent New York Review of Books column as "The Monster." (Maybe his editor selected the headline but the writer is complicit.)

Matt Taibbi may be the greatest maestro of the poison pen since Mencken. I affectionately recall his article in Rolling Stone about the Tea Party. (I was co-emcee of the Boston Tea Party July 4th rally in 2009.)

'... Republicans managed to get back in the game anyway by plucking an assortment of nativist freaks, village idiots and Internet Hitlers out of thin air and training them into a giant ball of incoherent resentment.'

Not myself being a nativist (freak or otherwise) I was left to wonder whether he counted me among the village idiots or the Internet Hitlers. (Matt? Hmu!)

That article was by no means a departure for Taibbi. He recently wrote, with typical flair, about the Republican Convention (with an attendant illustration of Trump as Moloch):

'We thought Donald Trump's version of the Republican National Convention would be a brilliantly bawdy exercise in Nazistic excess.

We expected thousand-foot light columns, a 400-piece horn section where the delegates usually sit (they would be in cages out back with guns to their heads). Onstage, a chorus line of pageant girls in gold bikinis would be twerking furiously to a techno version of "New York, New York" while an army of Broadway dancers spent all four days building a Big Beautiful Wall that read winning, the ceremonial last brick timed to the start of Donald's acceptance speech...

But nah. What happened instead was just sad and weird, very weird. The lineup for the 2016 Republican National Convention to nominate Trump felt like a fallback list of speakers for some ancient UHF telethon, on behalf of a cause like plantar-wart research.'

I myself thoroughly enjoy such hyperbole even, maybe especially, when directed at me and my team. It would make me sad if he (or, for that matter, MoveOn) dialed it back. Yet, OK, not everyone enjoys the pyrotechnics of vile insult.

Conservatives are by no means innocent of incivility. Consider Josh Hammer at The Resurgent:

'I continue to believe that taking cyanide is preferable to affirmatively voting for Hillary Clinton. As I recently explained, she is

...a decades-long brutally corrupted socialist who has expressly used the levers of government to enrich herself and her God-forsaken cronies, pathologically lied to the American people over her chicanery on the email scandal, almost certainly belongs in jail for having clearly broken federal criminal law and repeatedly undermining U.S. national security interests, capitulated to the world's worst actors as Secretary of State and directly abetted Putin revanchism in Eastern Europe, increased Chinese militancy in the South China Sea, the slaughter fields of Syria, the rise of Islamic State, and the second-Holocaust aspiring genocidal would-be nuclear sharia theocrats in Tehran alike, and who literally lied to the the families of slain Benghazi victims whilst those victims' dead bodies still laid in rest in American flag-draped coffins...'

I cannot recall a progressive taking Taibbi or a conservative taking Hammer to task for incivility. A call for civility only achieves authenticity, and, from authenticity, credibility, if directed first at putting one's own house in order. Otherwise, let's not kid ourselves, we are merely weaponizing civility.

Incivility is not exactly a new New Thing. As I recently wrote in my Forbes.com column:

As Mental Floss usefully reminds us of both John Adams and Thomas Jefferson, two of our most revered Founders:

'Jefferson's camp accused President Adams of having a 'hideous hermaphroditical character, which has neither the force and firmness of a man, nor the gentleness and sensibility of a woman.' In return, Adams' men called Vice President Jefferson 'a mean-spirited, low-lived fellow, the son of a half-breed Indian squaw, sired by a Virginia mulatto father.' As the slurs piled on, Adams was labeled a fool, a hypocrite, a criminal, and a tyrant, while Jefferson was branded a weakling, an atheist, a libertine, and a coward.'"

Rather puts one in mind of Harry Truman's famous observation that "A statesman is a politician who's been dead 10 or 15 years."'

One also recalls that Adams and Jefferson were lifelong friends as well as well as political rivals.

Incivility really is rather less than alarming, more regrettable (if that) than deplorable.

Passion befits politics. Our dearest values may be on the line. History is made from passionate, not polite, declarations. The American Revolution was precipitated by Common Sense, written by Thomas Paine. It was not a politely couched protest.

"Society in every state is a blessing, but Government, even in its best state, is but a necessary evil; in its worst state an intolerable one: for when we suffer, or are exposed to the same miseries BY A GOVERNMENT, which we might expect in a country WITHOUT GOVERNMENT, our calamity is heightened by reflecting that we furnish the means by which we suffer."

Let those who wish to demand civility first put their own houses in order. T.S. Eliot, in The Waste Land: "You! hypocrite lecteur!--mon semblable,--mon frère!" Toward its conclusion:

"I sat upon the shore
Fishing, with the arid plain behind me
Shall I at least set my lands in order?"

Upset by incivility? Begin by first putting our own houses in order.

Let's not kid ourselves. Anything less is just weaponizing civility.