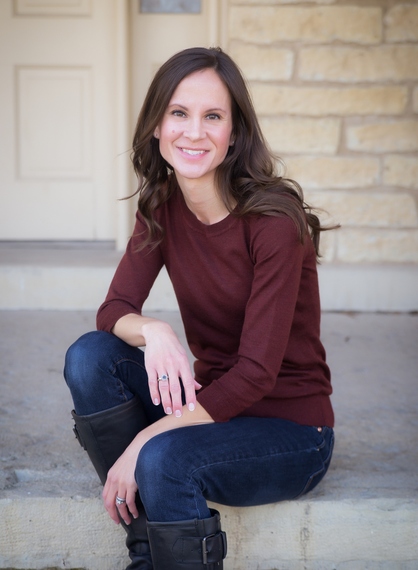 Mary Kubica is the bestselling author of The Good Girl and Pretty Baby. She holds a Bachelor of Arts degree in History and American Literature from Miami University in Ohio.

Her third novel, Don't You Cry, features a dual narrative focusing on a young woman, Quinn Collins, and an 18 year old man, Alex Gallo. Quinn's roommate, Esther, disappears from their Chicago apartment, leaving Quinn wondering what happened to her. She finds a strange letter addressed to Esther, which makes her question if she knew anything at all about her roommate.

Meanwhile, in a small Michigan harbor town, a mysterious young woman shows up in a coffee shop and catches the eye of 18 year old dishwasher, Alex. The story takes unexpected twists down a sinister narrative trail in which the past and present collide in a shattering conclusion.

The first lines of Don't You Cry are, 'In hindsight, I should have known right away that something wasn't quite right. The jarring noise in the middle of the night, the open window, the empty bed.' Tell us your thoughts about the opening lines of a thriller.
The opening lines need to grab and suck the reader in. I want to lay the groundwork of a problem at the beginning of the book. We know right away that something is wrong, that a sinister event happened or will occur. Quinn has discovered something and hopefully, that will grab the reader. The reader wants to know 'What is this jarring noise and why is the bed empty?

Don't You Cry is written in the first person, present tense, as are The Good Girl and Pretty Baby. What makes you prefer this style?
I love getting into my characters' heads. I want to be 'at one' with my character. I feel a character is presented more effectively when I'm in his or her head, when I feel those things intrinsically, rather than as an outsider. I feel the first person perspective does it best.

The present tense creates a sense of urgency. Whatever is happening is going on now, not in the past. The narrative is propelled forward rapidly.

I found Quinn Collins to be an intriguing character. Tell us a bit about her.
Quin, in some ways, reminds me a little of myself when I was twenty-three. She's out of college, not quite sure what she wants to do with her life, and she's living on her own for the first time. She has insecurities, having come from a loving and sheltered environment. I think readers will relate to her. It's the time of life when a young person must come to terms with reality for the first time.

Quinn makes mistakes, and learns there's a bigger problem facing her than just finding Esther. In the process, she discovers a great deal about herself, and becomes a stronger person.

Speaking of mistakes, don't most readers love flawed and very fallible characters?
Yes, we all do. They're real. We all make mistakes. We can relate to that, and though a reader may wonder why Quinn is making such obvious errors in judgment, it's clear she's very human, and more like we are, not just a character in a novel.

Both The Good Girl and Don't You Cry have dual narratives. What makes this form so effective?
I love writing a story from two perspectives because, I can tell two stories and then at some point, merge them. At times, one character will see a situation one way, while the other narrator portrays it differently. It keeps readers on their toes. They wonder whom they can trust. Is there an unreliable narrator mixed in?

Also, the mystery element of the novel is enhanced by there being two stories because the reader may wonder, 'When are these two stories going to come together?' That's one of the unanswered questions.

What draws you to writing suspense novels?
I didn't start out writing suspense. Before, I wrote quite a bit of women's fiction, though nothing was published. I felt something was missing in my writing--I'd create characters, but wasn't grabbed by the storyline.

When I started writing The Good Girl, I was captivated as an author by having a mystery to solve. I found I loved putting together intricate puzzle pieces, and figuring out how they would come together. It was also a challenge to think of ways to surprise the reader. Once I'd written The Good Girl, I knew the suspense element was what had been missing from my previous writing. Now, I can't see myself writing anything other than suspense.

What has surprised you about the writing life?
I have to say the authors I've been connected with have been wonderful, generous and warm. Writing is such a solitary career, but when I've had to go out there and show my work, I've been so pleasantly surprised by the support and generosity shown by so many authors.

What do you love about the writing life?
I love creating. It's a job, but it rarely feels like one to me. I generally write early in the morning before the rest of the house is awake. Before going to bed each night, I feel a sense of excitement that in eight hours, I get to wake up and rejoin my characters. It's great to forge these people on the page, to give them personalities. It's a thrill to craft these characters and make them do and say what I want in the story.

If you weren't a writer, what would you be doing?
I was a high school history teacher before my daughter was born. If I wasn't writing, now that my kids are a little bit older, I'd go back to teaching.

I also volunteer at an animal shelter. My bucket list includes owning my own shelter.

What's coming next from Mary Kubica?
My next novel will come out in 2017. It involves the death of a young father in an automobile accident. His very young daughter was sitting in the back seat, and was unharmed. Soon, after the accident, she begins having nightmares of a car following them, and things take off from there.

Congratulations on writing Don't You Cry a suspense-packed novel plumbing the psychology of both narrators, and a book ending with a twist every bit as mind-boggling as the one in The Good Girl.