Here's proof that there really is a special place in hell for people who use selfie sticks.

A well-known game modifier on Saturday released an add-on to "Doom," the famous 1993 computer game in which a space marine battles an onslaught of demons. The new add-on allows the main character to take pictures of himself with a selfie stick.

The modification, titled "InstaDoom," also comes with the ability to apply 37 Instagram-inspired filters to the game's imagery. Cacodemons can now look just as beautiful as your avocado toast. 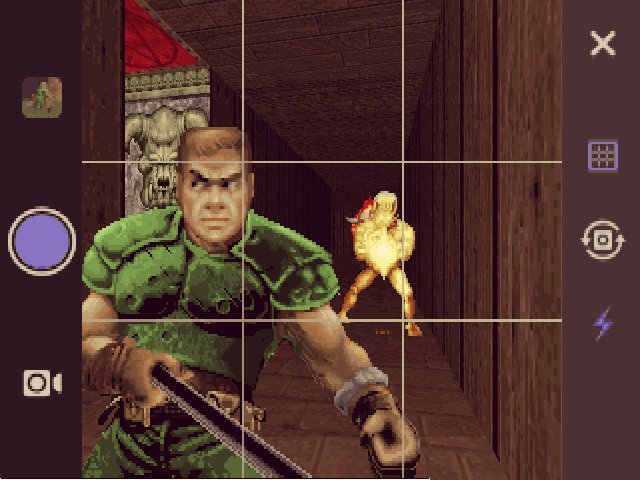 A space marine selfie in "InstaDoom."

Though it's more than 20 years old, "Doom" has a thriving community of fans who take particular pleasure in modifying the original game. InstaDoom creator Andrew Stine, who uses the name "Linguica" online, is one of the game's best-known devotees. In 1998, he co-founded Doomworld, a site that has become a central hub for news and modifications relating to the game. Doomworld gained some media attention in 1999 for defending the game's violent content following the shootings at Columbine High School.

Since then, video games have only become more realistic and more violent. But most don't offer selfie sticks -- which are becoming so popular that museums have recently started to ban them. So for now, this decades-old game still has a modern edge.

If you want to play "Doom" without digging up an old DOS machine, it's available for $4.99 on Steam. You can download InstaDoom here.