UPDATE: The 'Doomsday Clock' has been moved forward. We're now 5 'minutes from midnight.' View a live stream of the announcement and rationale here.

Humanity will soon be getting an update on how close we are to catastrophic destruction, as scientists and security experts decide whether to nudge the hands of the famous "Doomsday Clock" forward toward midnight — and doom — or back toward security and safety.

The clock, in use as a symbol of imminent apocalypse since 1947, now stands at six minutes to midnight. On Tuesday (Jan. 10), the Bulletin of the Atomic Scientists (BAS) will announce whether they will nudge the minute hand forward or backward to reflect current trends in world security. The last time the clock hand moved was in 2010, when the group moved the hand from five minutes to midnight back to six.

In making the decision, the Bulletin considers the current state of nuclear weapons, climate change and biosecurity, along with other issues that could influence humanity's survival. The closest the clock has been to midnight has been 11:58 p.m., set in 1953 when the U.S. and the Soviet Union were in a diplomatic stand-off and tensions were high. The farthest humanity has ever been from destruction, according to the clock, was in 1991, when the Doomsday Clock stood at 17 minutes to midnight. That year, the Cold War over, the U.S. and Russia began cutting their arsenals.

(See a slideshow of highlights from the Doomsday Clock's history below. Story continues after slideshow.)

The clock ticked back toward midnight at the next update in 1995, however, when hopes of total nuclear disarmament began to fade. That update set the hands at 14 minutes until midnight. In recent years, the clock has ticked closer to destruction as the Bulletin has focused on concerns about nuclear terrorism and climate change.

The 2010 shift away from doomsday was due to nuclear agreements between the U.S. and Russia and productive climate talks at Copenhagen.

The announcement of the new "doomsday time" will come at 1 p.m. Eastern Standard Time on Tuesday. The Bulletin is expected to consider factors ranging from Iran's nuclear program to the aftermath of the Fukushima nuclear plant disaster to the state of policy on climate change.

Copyright 2011 LiveScience, a TechMediaNetwork company. All rights reserved. This material may not be published, broadcast, rewritten or redistributed.

Clarification: LiveScience previously reported that the closest the Doomsday Clock ever got to midnight was in 1984, while the slideshow cited the incident in 1953, when in fact the clock was closest, at two minutes to midnight. We have revised this article for consistency. 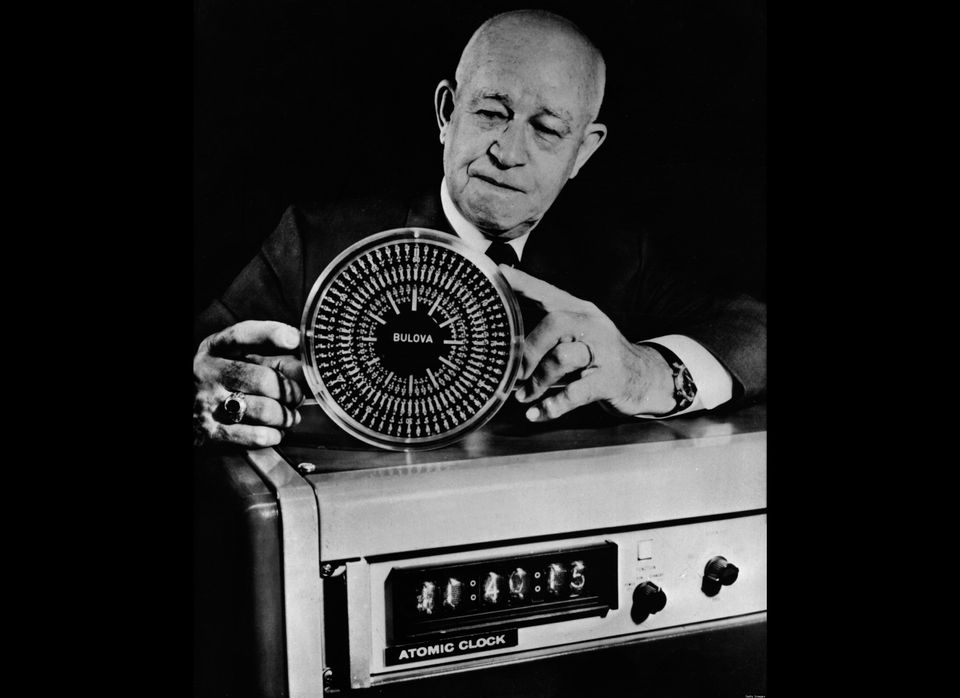 1 / 8
1947 - 7 Minutes To Midnight
The Bulletin of the Atomic Scientists (BAS) evolves from a newsletter into a magazine, and the famous clock face appears on the cover for the first time. It is intended to represent humanity's proximity to catastrophic destruction, as judged by the magazine's founders.
Getty