Most cats just get nine lives. This British feline is aiming for immortality.

Doorkins Magnificat, a beloved, longtime resident of London’s Southwark Cathedral, is having a stone carving of her likeness installed in a wall on the north side of the centuries-old church building.﻿

The addition, scheduled for Aug. 20, means that the cat’s memory will live on in the cathedral for decades to come.

I am absolutely chuffed to bits that this corbel depicting me will be blessed on Sunday by @BishopSouthwark @Southwarkcathed before being installed on the exterior of the retrochoir at a later date. I can keep my cats eyes on all the staff for many, many years to come 😸😸 pic.twitter.com/QZKzT4mL0c

The stone carving, called a corbel, is one of four designed by students at the City & Guilds of London Art School that will replace eroded corbels in the cathedral’s north side. The other three corbels depict the nearby Borough Market, suffragette Evelyn Sharp and Wayne Marques, a British police officer who was injured during the 2017 London Bridge terror attack.

The carving of Doorkins was created by Miriam Johnson, a student in Historic Carving at the art school.

Corbels depicting @DoorkinsM @boroughmarket Wayne Marques @BTP and Suffragette Evelyn Sharp which were carved by students at @CGLArtSchool are to be installed high on the north choir aisle 20 August. If you haven't seen them then do come and visit whilst they are at ground level. pic.twitter.com/ueaVppNQ09

While news about the cat corbel first broke earlier this year, numerous media outlets picked up the story this week after the BBC featured the cat in a new video.

Doorkins’ rags to riches story has already captured the hearts of visitors from around the world. The cat, estimated to be around 13 years old, started life as a stray scavenging for scraps in Borough Market. During the Christmas holiday season of 2008, she started visiting the cathedral’s southwest doors for food.

It took some time for cathedral staff to convince her to cross the doorway and enter the church. According to the London Evening Standard, that’s why staff gave her the name Doorkins ― a play on Richard Dawkins, the famous British atheist and writer.

Her last name, Magnificat, comes from a song attributed to the Virgin Mary in the Bible, which has been incorporated into Anglican church services.

After she crossed the threshold, Doorkins quickly made herself at home. According to the cathedral, it’s not uncommon for visitors to spot the cat walking along the altar during a service. She also likes to sleep in the dean’s official seat or nap in the churchyard. During Advent, she can sometimes be found tucked away in the hay of the nativity scene.

Visitors started flocking to the cathedral just to see Doorkins. Nowadays, the cat is something of a celebrity with her own book, a line of merchandise and a formidable social media presence.

The Very Rev. Andrew Nunn, dean of the cathedral, told the BBC he hopes that when people see Doorkins’ corbel, they’ll say, “Why on earth is a cat here?”

“And that somebody will be around to tell the story of a little lonely stray cat who wondered into a church and found herself at home,” Nunn said. “And maybe they’ll wander in and find themselves at home as well.”

Was chatting to @deansouthwark earlier about life and stuff, sounds deep but really wasn't. Mentioned it was #InternationalCatDay and his reply was 'everyday is cat day here @Southwarkcathed!!' 😹😹😹😹😹 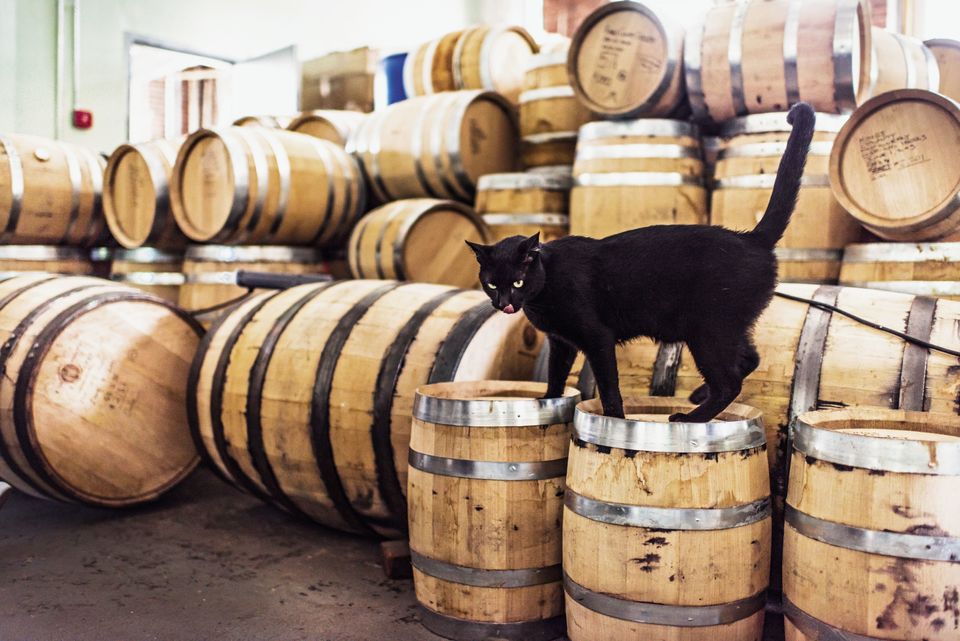